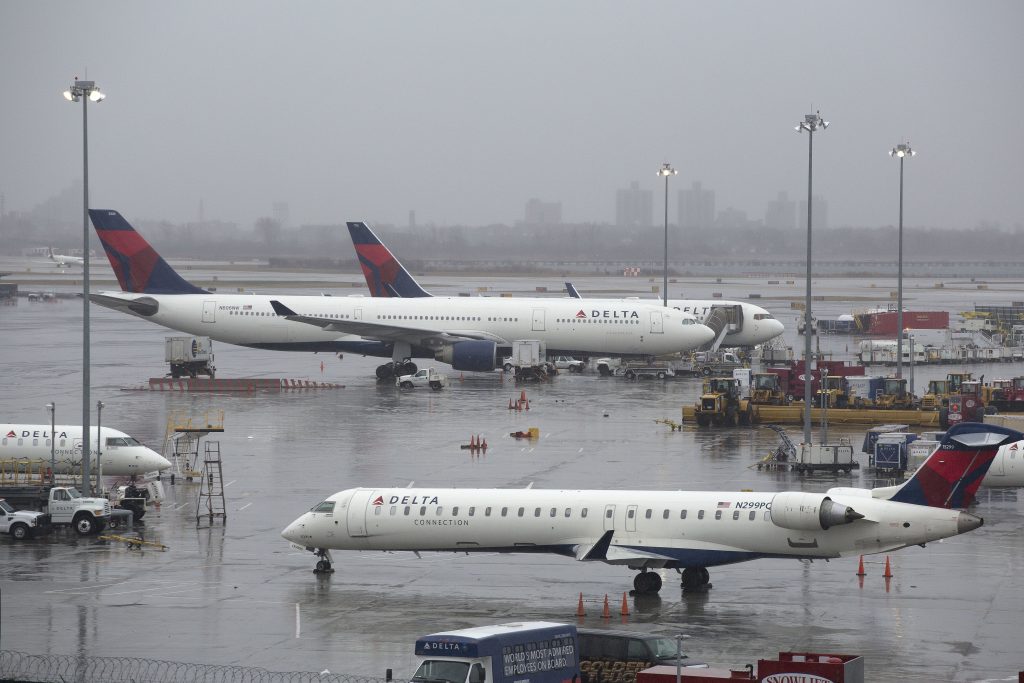 More than 200,000 utility customers remained without electricity Saturday following one of the most damaging storms to hit many parts of New York State since Superstorm Sandy in 2012.

The nor’easter continued to cause travel delays a day after it hammered the region Friday, including temporarily knocking out Amtrak service between Washington D.C. and New York before it was restored Saturday morning. Other train lines suffered similar harm, with delays lingering well after the storm departed.

The storm, combining winds up to 50 mph with up to 3 inches of rain and up to 2 feet of snow, left large portions of the state damaged. The utility Central Hudson called it a historic storm, one of the most powerful to hit the state’s Mid-Hudson Valley in the last 50 years. It said the 109,000 customers who lost power was topped only by a February 2010 storm that knocked out power to 240,000 customers and two storms in 2011.

“We expect service restoration to take place over the course of several days due to the severity and widespread nature of the damage, with the vast majority of impacted customers’ service restored by Wednesday afternoon,” said Charles A. Freni, a senior vice president at the company.

“As the winds begin to subside, we will be able to complete our damage assessments and provide restoration estimates for our customers by area,” he added in a release.

Con Edison said 59,200 customers in Westchester County and another 10,000 customers in New York City remained without power Saturday after 15,000 got their electric turned back on. The company on its website called the storm ferocious and warned people to stay away from downed power lines in trees. It said Westchester was hardest hit by the storm when high winds and heavy snow damaged an overhead electrical-delivery system.

The city of Albany declared a snow emergency that took effect at 10 a.m. Saturday, meaning cars must follow special parking rules for 48 hours or they will be towed.

Over 80,000 homes were without power in Westchester County and almost 40,000 more lost electricity in Rockland County.

He called the company’s behavior deplorable, saying thousands of Westchester residents were forced to sleep in homes with no heat, power or hot water. Some, he said, had downed live wires outside their homes.

The utility, which said it would issue a statement later in the day, used Twitter Saturday to tell its customers that repairs were taking longer due to the amount of damage that occurred. The utility said it will provide restoration times as soon as they become available.