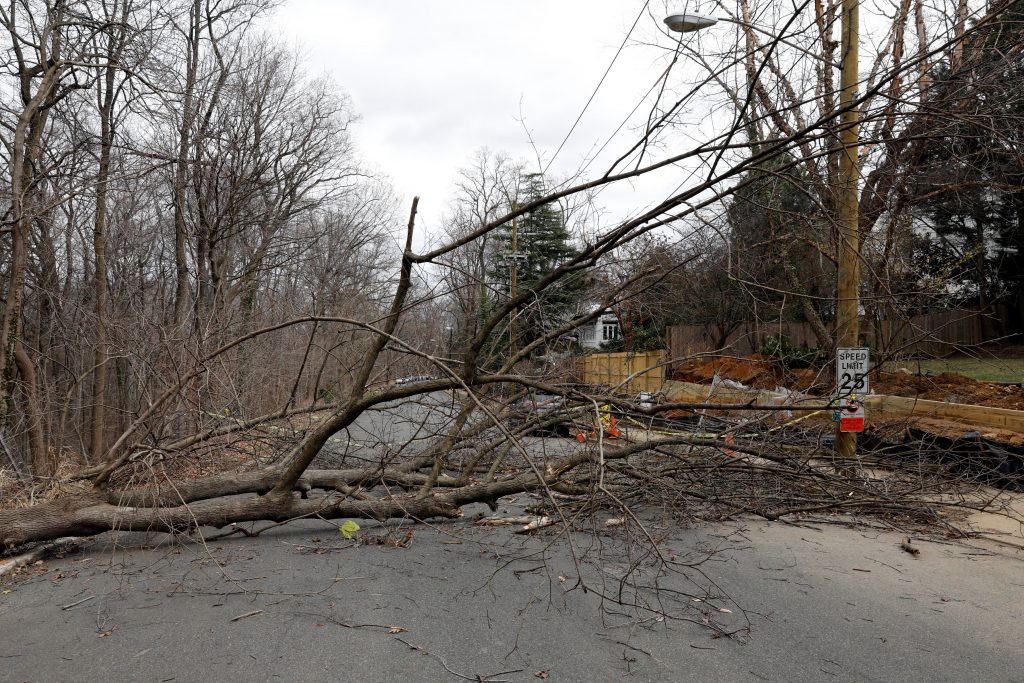 A powerful storm that killed at least five people will move away from the northeastern United States on Saturday, leaving a trail of flooded streets, power outages and brutal winds, forecasters said.

Snow and rain will taper off as skies clear, but winds gusts of up to 50 miles per hour will persist through the day across the region, the National Weather Service said.

In Boston and nearby coastal communities, storm surges and high tides sent seawater in the streets, the second flood there this year. Wind gusts of more than 90 miles per hour downed trees and power lines a day earlier.

Almost 2.4 million homes and businesses had no power in the Northeast and Midwest early on Saturday. Some utility companies warned customers that power might not be restored until later in the day or Sunday.

“Please use common sense, heed all warnings, and stay inside and off the roads if possible,” Hogan said in a statement.

Falling trees killed five people, including two boys, across the region, according to local media and police.

Private forecasting service AccuWeather said the storm dumped as much as 18 inches of snow on parts of New York State and Pennsylvania.

It also snarled transportation from the Middle Atlantic into New England, with more than a quarter of flights into and out of New York’s three major airports and Boston’s airport canceled, tracking service FlightAware.com reported.

One flight landing at Washington’s Dulles International Airport came in through turbulence so rough that most passengers became sick and the pilots were on the verge of becoming ill, the Federal Aviation Administration said.

Passenger railroad Amtrak worked to restore service across the region as it removed downed trees on tracks. Amtrak said it canceled more than a dozen trains and modified its schedule in the Northeast on Saturday.