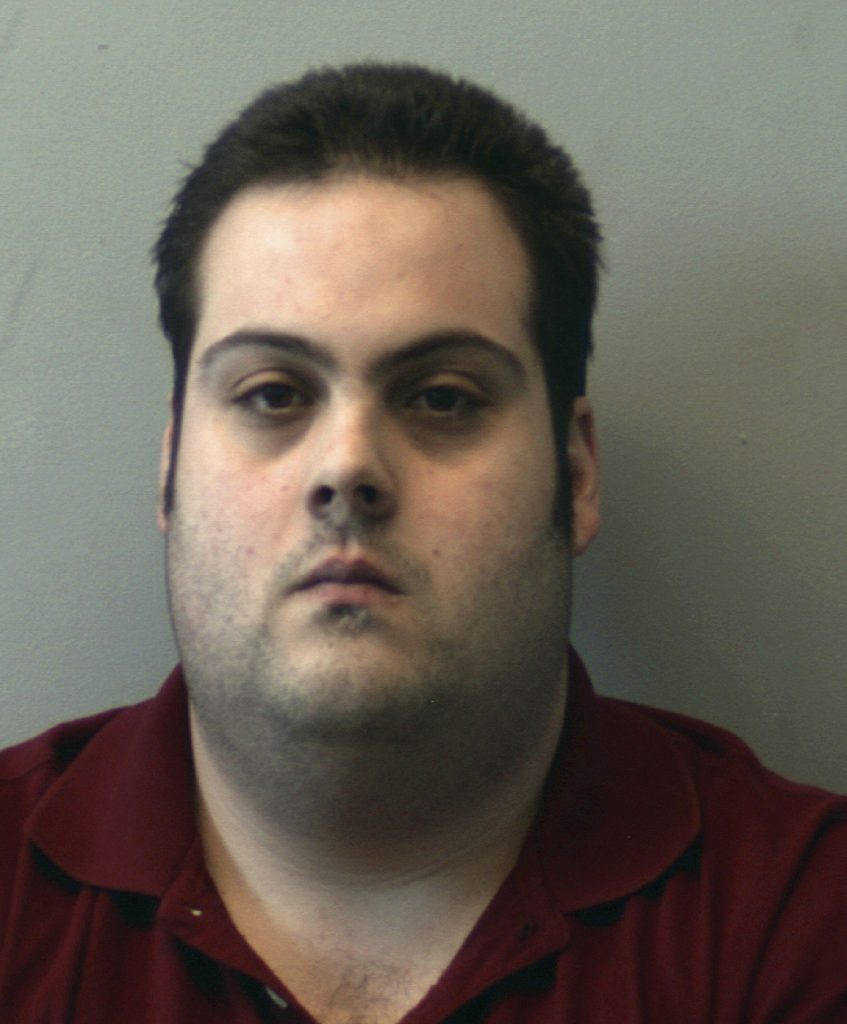 A Massachusetts man was charged Thursday with sending threatening letters with white powder to five people, including one to Donald Trump Jr. that landed his wife, Vanessa, in the hospital.

Daniel Frisiello, 24, was arrested at the Beverly home he shares with his parents and is being held behind bars pending a detention hearing on Monday.

Authorities say Frisiello sent five envelopes early last month filled with profanity-laced letters and white substances, which turned out not to be hazardous.

The letter to the president’s son was opened by Vanessa Trump on Feb. 12. She was briefly hospitalized after she called 911 and reported she was coughing and felt nauseous.

The Trump letter included a message that said: “You make the family idiot, Eric, look smart.”

“This is the reason why people hate you, so you are getting what you deserve,” the message said, according to court documents.

Other recipients were Debbie Stabenow, the Democratic U.S. senator from Michigan; Nicola Hanna, an interim U.S. attorney in California; and Michele Dauber, a Stanford University law professor who has promoted the effort to recall Judge Aaron Persky, who was criticized in 2016 after giving what many thought was a very lenient sentence in a notorious case. The letter to Dauber referenced the case.

Another letter containing powder was sent to Antonio Sabato Jr., a Republican who is running for a U.S. House seat in California.

Frisiello showed no emotion as he was led into the federal court in Worcester wearing a red polo shirt with his hands cuffed and ankles shackled.

Assistant U.S. Attorney Scott Garland said family members told officials Frisiello may be on medications for suicidal thoughts. Relatives of Frisiello who were in the courtroom declined to speak to reporters.

Frisiello’s attorney said after the hearing that the man has some “issues” and “difficulties” and has been on medication his entire life, but declined to elaborate. His lawyer said Frisiello would plead not guilty.

“I’m optimistic and confident that when all of the facts play out, there will be a very good understanding of what transpired and I’m expecting the best outcome,” attorney Scott Gleason said.

Frisiello could face up to 10 years in prison if convicted of mailing a threat to a federal official.

Hoax attacks using white powder play on fears that date to 2001, when letters containing deadly anthrax were mailed to news organizations and the offices of two U.S. senators. Those letters killed five people.

Frisiello worked for Catholic Charities of Boston’s Peabody child care center. He was placed on leave immediately after the FBI informed the organization of his arrest, a spokeswoman said.

Authorities described in an affidavit how they were led to Frisiello.

A “glitter bomb” sent to Dauber contained a message similar to the message contained in the white-powder envelope she was sent, the affidavit said. A “glitter bomb” is a joke in which someone sends an envelope containing glitter to someone else that then spills out and creates a mess upon opening.

The owner of the glitter-bomb company confirmed that the person who ordered it was named Daniel Frisiello.

Investigators also went through Frisiello’s trash and found discarded paper that still had some similar typewritten threats on it.