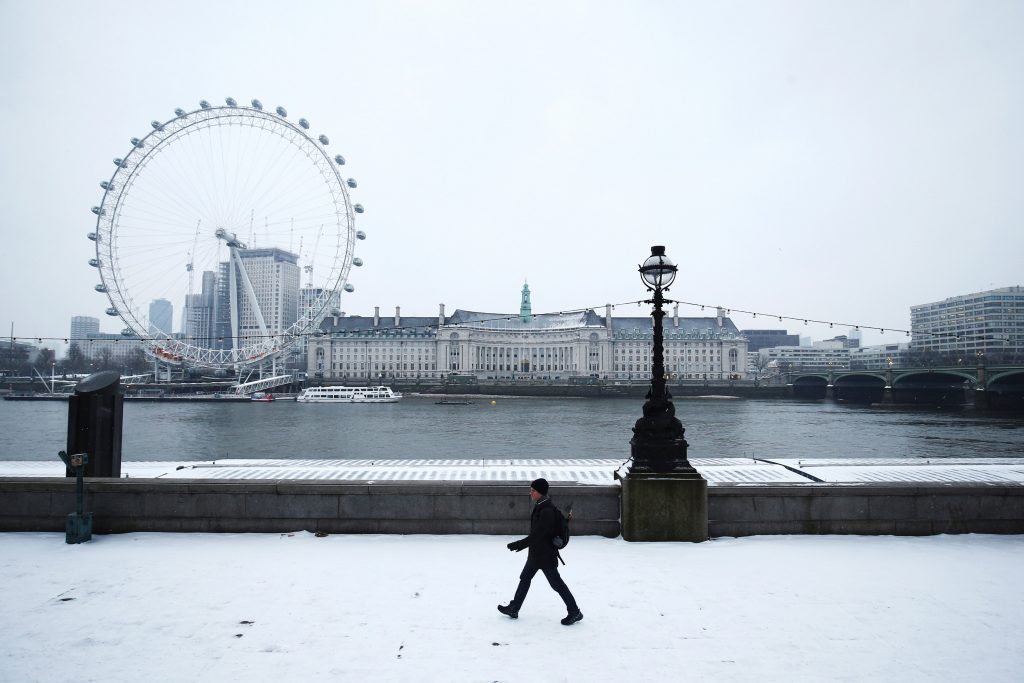 Snow storms from Siberia blasted Britain and Ireland on Thursday with the worst weather since 1991, trapping hundreds of motorists on roads overnight in Scotland and closing schools and airports.

With up to a foot of snow and temperatures as low as 13 degrees Fahrenheit (minus 10.5 Celsius)  in some areas, weather services in both Britain and Ireland issued their most severe red warnings, which advise people to stay at home as travel is too dangerous.

“We have seen a lot of snow overnight, blizzards and drifting,” said Clare Nasir, a meteorologist at Britain’s weather services, known as the Met Office. “Communities have been cut off and roads have been blocked.”

The cold spell, dubbed the “the Beast from the East,” has been caused by a jump in temperatures high over the Arctic which has weakened the jet stream that brings warm air in from the Atlantic to Ireland and Britain.

Hundreds of people were trapped in their cars overnight on the M80 between Glasgow and Edinburgh and were being advised to stay where they were until police could get to them.

“At its height an estimated 1,000 vehicles were at a standstill, [with] tailbacks for 8 miles north and south bound,” Police Scotland said.

One doctor told Reuters that staff were snowed in at a hospital near Glasgow.

Britain’s two busiest airports, Heathrow and Gatwick, both warned that flights would be canceled on Thursday. Flights and trains were canceled across both Britain and Ireland.

London’s busiest railway station, Waterloo, showed more than half of trains canceled or delayed at the height of rush hour. Paddington Station was closed.

Southern Railways said an 8-ft icicle in a tunnel was delaying services between Gatwick and Brighton.