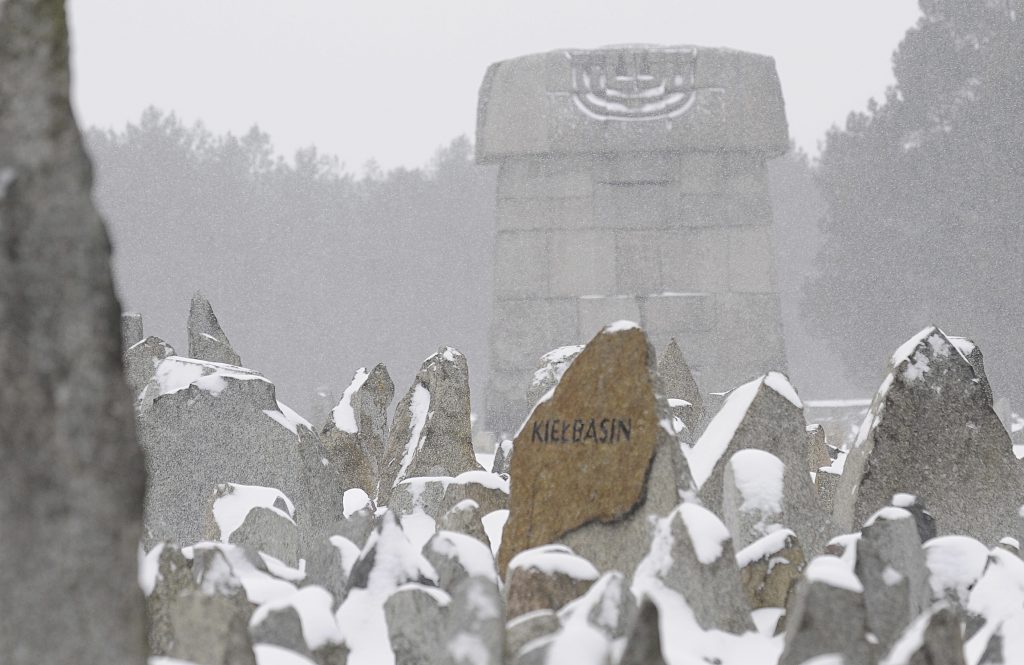 A Polish law that makes it a crime to accuse the Polish nation of crimes that were committed by Nazi Germany took effect on Thursday, part of a larger effort by the nationalist authorities to harness history for its larger purpose of defending the country’s honor and pride.

For years Polish officials have struggled to fight phrases like “Polish death camps” that are sometimes used abroad to refer to death camps that were built and operated by Nazi Germany on occupied Polish territory during World War II. Some Poles fear that as the war grows more distant, new generations will mistakenly come to believe that Poles were the perpetrators of the Holocaust.

The law, however, has sparked a crisis with Israel, where Holocaust survivors and officials fear its true aim is to repress research on Poles who killed Jews during World War II.

Polish officials insist that the law, which calls for prison sentences of up to three years, will only punish those who publicly and “against the facts” accuse the Polish nation as a whole for crimes committed by the Germans.

As the law took effect Thursday, Polish and Israeli representatives were in Israel holding a first working meeting toward resolving a standoff over the law.

The law has also created tensions with Ukraine due to a provision that criminalizes denying the wartime crimes of Ukrainian nationalists, who killed up to about 100,000 Poles in wartime massacres.

Poland’s president signed the law last month but also sent it to the constitutional court for review. Polish officials have said no criminal charges will be brought until the court has made its ruling, expected in several weeks.

But prosecutors are already looking for cases where Poland is defamed over its wartime activities.

The law has also been criticized by the United States, which fears that it could stifle free expression and academic research, and has warned Poland that to go through with it could hurt Poland’s strategic relationships with both the U.S. and Israel.

Recognizing the concern about the law in the United States, the government dispatched its foreign ministry’s undersecretary of state, Marek Magierowski, to Washington this week to meet administration officials, lawmakers and Jewish groups to try to allay their fears.

Magierowski said Wednesday that the government had been surprised by the outcry over the legislation and allowed that Warsaw had not properly “prepared the groundwork” for explaining the law’s intent and impact. At the same time, he said, media reports and comments from foreign politicians had “brutally misinterpreted” the law and its intent, hence the necessity of his visit.

Magierowski said Poland would never “whitewash” its history and the fact that some Poles did commit “ignoble acts” during World War II. But, he said the law gave the government a means to fight back when the country is accused of complicity in the Holocaust. Previous attempts to push back, such as protesting use of the phrase “Polish death camps,” had been unsuccessful, he said.

“Those efforts had been fruitless,” he said, adding that the new law is a necessary “legal tool to allow us to fend off the narrative of Polish complicity.”