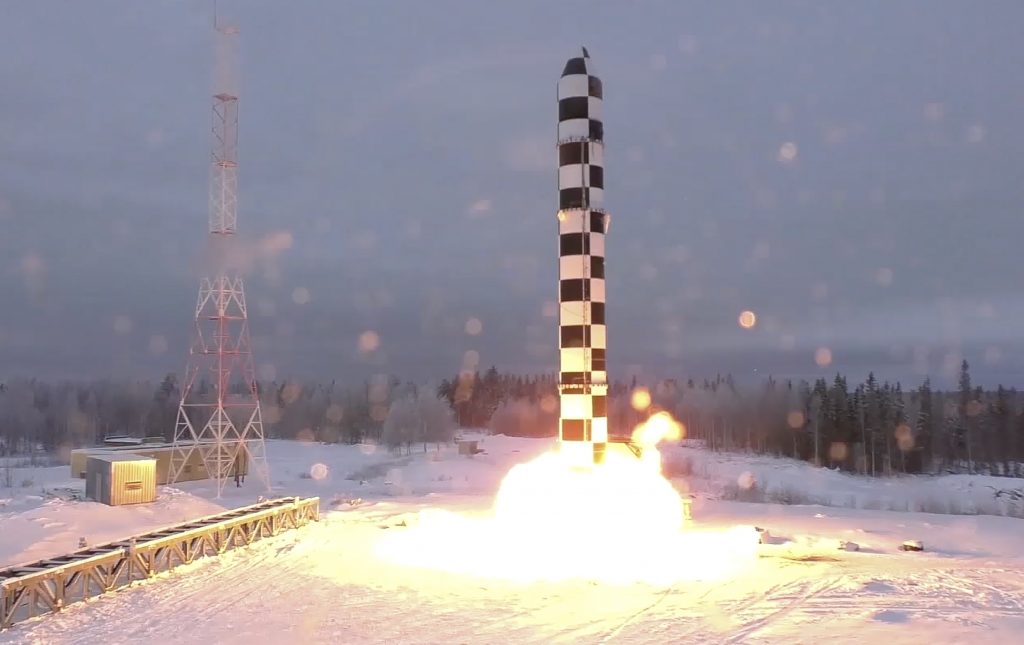 The Pentagon on Thursday dismissed Russian President Vladimir Putin’s boasts about developing a new array of nuclear weapons, saying America’s missile defense is ready to protect the nation but is not directed at Russia.

Putin claims that Moscow has tested weapons that cannot be intercepted and would make NATO’s missile defense “useless.” That assertion does little to change the long-standing nuclear standoff between the U.S. and Russia, which is rooted in deterrence and the reality that neither country would launch such weapons because doing so would mean mutual destruction. But it amps up the rhetoric and fuels worries about a new arms race.

“This is not about defense, it’s about deterrence,” said Pentagon spokeswoman Dana White, adding that the Defense Department was not surprised by the weapons claims. She added that U.S. missile defenses are not designed with Russia’s nuclear arsenal in mind, and Moscow knows this “very well.”

She added: “We need to ensure we have a credible nuclear deterrent, and we are confident that we are prepared to defend this nation no matter what.”

The U.S. has consistently argued that missile defense systems in Europe are not aimed at Moscow, but rather designed to defend against threats from Iran and North Korea.

Putin, in a state-of-the-nation speech Thursday, said the new weapons include a nuclear-powered cruise missile, a nuclear-powered underwater drone that could be armed with a nuclear warhead, and a hypersonic missile that have no equivalent in the world. He said that Moscow had to develop the new weapons because the U.S. has developed a missile defense system that threatens to undermine Russia’s nuclear deterrent.

The claims come just a month after the Trump administration released its new nuclear policy, which took a more aggressive stance on the need to deter Russia.

The review said Russia must be convinced that it would face “unacceptably dire costs” if it were to threaten even a limited nuclear attack in Europe. It concluded that the U.S. should continue Obama administration plans to modernize the nuclear arsenal, including new bomber aircraft, submarines and land-based missiles.