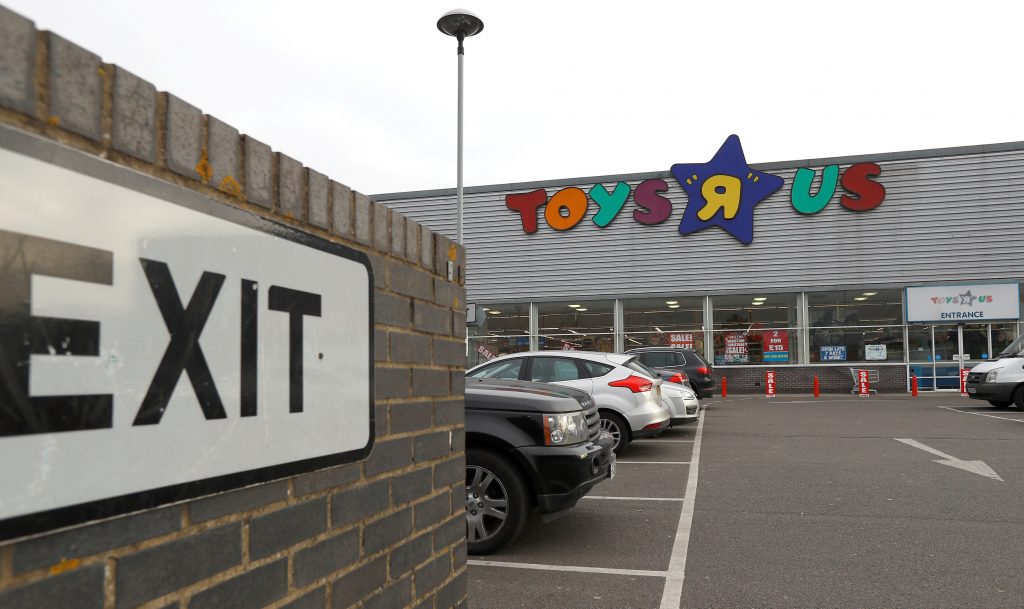 Retailer Toys R Us UK has gone into administration, the firm appointed to oversee the process said, putting around 3,000 jobs at risk.

The toy retailer has struggled in Britain in recent years as shoppers increasingly prefer to spend online rather than visit its large out-of-town stores.

Moorfields Advisory said that all stores were to continue trading until further notice, but that the company had entered administration after an “unsuccessful attempt to sell its business as a going concern.”

“We will be conducting an orderly wind-down of the store portfolio over the coming weeks… We will make every effort to secure a buyer for all or part of the business,” Simon Thomas, joint administrator and partner at Moorfields, said in a statement.

“Whilst this process is likely to affect many Toys R Us staff, whether some or all of the stores will close remains to be decided.”

Toys R Us operates more than 100 stores in Britain and also trades as Babies R Us. Moorfields said that the administration did not affect the global operations of Toys R Us outside the U.K.

Creditors of the British arm of the chain had backed a restructuring plan in December in a bid to stave off administration.