World U.S. General: Russia Is Both ‘Arsonist and Fireman’ in Syria
World 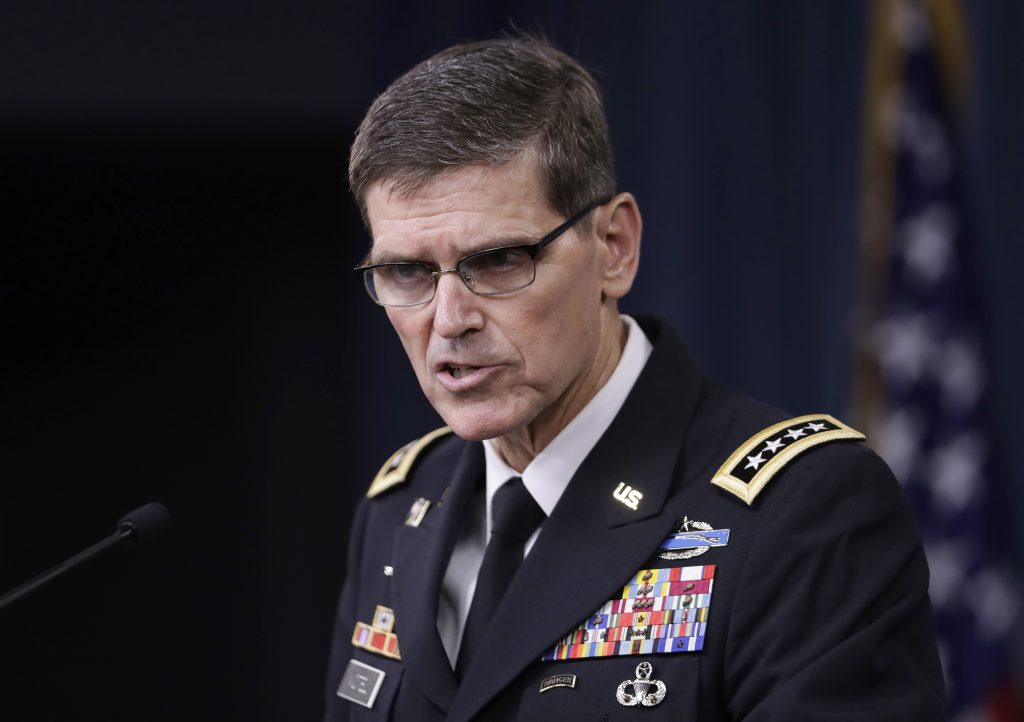 Russia is seeking to counter U.S. diplomatic influence by stoking conflict in Syria even as it portrays itself as an arbiter in the civil war, the top American general in the Middle East said Tuesday in notably pointed criticism of Moscow.

“I’m being very serious when I say they play the role of both arsonist and fireman — fueling tensions and then trying to resolve them in their favor,” Army Gen. Joseph Votel told the House Armed Services Committee. He said Moscow is pushing alternatives to Western-led political negotiations in both Syria and Afghanistan in order to limit U.S. influence.

Russia “has to admit” that it is incapable of, or not interested in, playing a constructive role in ending the multi-dimensional war in Syria, he said.

“I think their role is incredibly destabilizing at this point,” he said.

For its part, the Russian military has consistently accused the U.S. of sparing the Islamic State terrorist group and other militants in Syria in the hope of using them to topple President Bashar Assad. Russian officials have strongly denied responsibility for any civilian casualties in Syria and insisted that they have only struck militant targets after verifying their location through multiple intelligence sources and avoided targeting populated areas. Russian military officials and diplomats also have scolded the U.S.-led coalition for reducing the one-time IS capital, Raqqa, to rubble, and causing severe suffering for its residents.

On the military front in Syria, Votel said Russia is using the conflict to test and exercise new weapons and tactics, “often with little regard for collateral damage or civilian casualties.” He asserted that an increase in Russian surface-to-air missile systems in the Middle East “threatens our access and ability to dominate the airspace” of the region.

He said that along with Iran, Russia is trying to bolster the Assad government and fracture the longstanding strategic partnership between the United States and Turkey. Washington and Ankara are increasingly at odds over the presence of U.S.-backed Syrian Kurdish fighters regarded by the Turks as aligned with Kurdish terrorists.

Alluding to these fighters, who operate under the banner of the Syrian Democratic Forces, Votel said, “our partners on the ground in Syria have advanced us a long way toward our objectives, and we will stick with them through the completion of this fight,” referring to the goal of eliminating the Islamic State’s shrinking hold on Syrian territory.

Russian officials say they seek the destruction of IS even as they support Pres. Assad’s effort to stamp out opposition forces. Votel said Moscow should get no credit for what he called the imminent defeat of the Islamic State’s “physical caliphate.”

“Russia has placed this progress at risk with their activities, which are not focused on defeating ISIS, but rather on preserving their own influence and control over the outcome of the situation,” he said, using an alternate name for the terrorist group. “It is clear that Russia’s interests in Syria are … not those of the wider international community.”

Votel said Moscow also is exaggerating the presence of Islamic State terrorists in Afghanistan and portraying it as a U.S. and NATO failure.

“While the (U.S.-led) coalition and the Afghans are the only forces actively fighting ISIS there, Russia has used familiar propaganda techniques to brand ISIS’s presence as a U.S.-NATO failure,” Votel said.

As IS loses its grip in Syria and Iraq, U.S. forces are turning increasingly to the battle in Afghanistan, where American commanders are trying to energize Afghan combat forces and break a stalemate in the long fight against a Taliban insurgency.

“Military success in the campaign up to this point presents us an opportunity to reposition some of our resources from Iraq and Syria to Afghanistan in a manner that keeps the pressure on ISIS, but also sets us up to break the stalemate in Afghanistan,” Votel said.

U.S. forces have been in Afghanistan since October 2001, when they invaded in response to the 9/11 attacks by al-Qaida.

Votel also expressed concern about Iranian influence in Syria and Iraq, while noting that Iranian harassment of U.S. Navy vessels in the Persian Gulf has declined. Votel said he nonetheless is concerned by Iran’s increasing used of drone aircraft, which he said pose a potential threat in the Gulf.