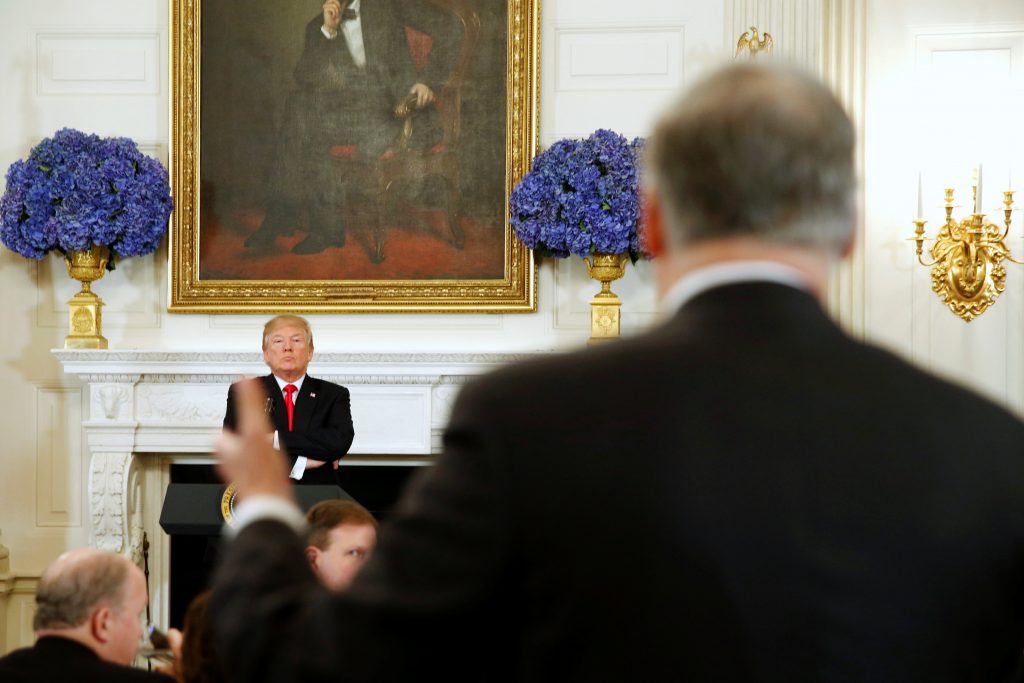 Republican leaders of Congress said on Tuesday that they would not raise the minimum age for gun buyers, in a sign that one of President Donald Trump’s proposals likely will not get far on Capitol Hill after a deadly Florida school shooting.

The second-deadliest shooting at a U.S. public school has reignited the long-running national debate over gun rights, pitting many of the students who survived the Feb. 14 high school shooting in Parkland, Florida, against powerful gun rights groups like the National Rifle Association.

Several of those students visited lawmakers on Capitol Hill on Tuesday to press Congress to enact new restrictions on gun ownership.

Republicans in Congress have rejected those efforts after similar mass shootings in the past, and party leaders said they were not likely to act this time, either.

“We shouldn’t be banning guns from law-abiding citizens. We should be focusing on making sure that citizens who should not get guns in the first place don’t get those guns,” House of Representatives Speaker Paul Ryan told a news conference.

Pres. Trump has suggested arming teachers and raising the minimum age to buy semiautomatic rifles from 18 to 21, but Ryan said Congress was not likely to act on either idea.

Local governments, not Congress, should decide whether to arm teachers, he said.

Ryan’s comments made it clear that more aggressive gun limits, like a ban on the military-style rifle used by the 19-year-old Parkland shooter, were unlikely to gain traction in Congress.

Ryan met later in the day with Parkland students, who pushed for a ban on assault weapons and large-capacity magazines, as well as other school-safety features, according to Representative Ted Deutch, a Democrat who represents the district.

“This isn’t the last time they they’re going to come to Washington,” Deutch said. “It’s really just the beginning of that effort.”

Pres. Trump and his fellow Republicans are under pressure to act following the massacre, but they also must avoid angering Republican voters who broadly support gun rights, as well as interest groups like the NRA, which spent $55 million in the 2016 election.

The House voted in December to bolster the national background check system after the Air Force failed to provide records that could have flagged a former service member who killed 26 people at a church in Sutherland Springs, Texas, in November.

That legislation has broad support in the Senate as well, and Senator John Cornyn of Texas, the No. 2 Senate Republican, said he wants a vote to take place this week.

Senate Democratic leader Charles Schumer said that by itself would not be adequate. He called for Congress to expand the background check system to cover all gun sales, including those conducted at gun shows and over the internet.

That legislation has failed in Congress twice over the past five years, and it fell short again in the House on Tuesday as Republicans rejected an effort by Democrats to bring it up for a vote.

“We Democrats, at a minimum, believe we should be passing a universal background check legislation that assures that guns don’t fall into the wrong hands,” Schumer told reporters.

The White House does not back that idea, Sanders said.

As Congress has failed to tighten gun laws in the wake of other mass shootings, states have taken action on their own.

Legislation that would raise the minimum age to buy assault weapons from 18 to 21 passed a committee in the Republican-controlled Florida legislature on Tuesday, the Tampa Bay Times reported.

The measure, which passed on a party-line vote, also would create a program to train teachers to carry guns in schools and impose a three-day waiting period to buy a gun. It must win approval from the full state legislature and Republican Governor Rick Scott to take effect.

The Florida court, where Cruz faces 17 counts of premeditated murder on Tuesday, canceled a hearing where prosecutors had been scheduled to seek hair and DNA samples from the suspect.

Cruz’s case is due to return to court on Wednesday for a hearing to determine whether he has sufficient assets to pay for his own defense, Weekes said. Cruz’s mother died in November.