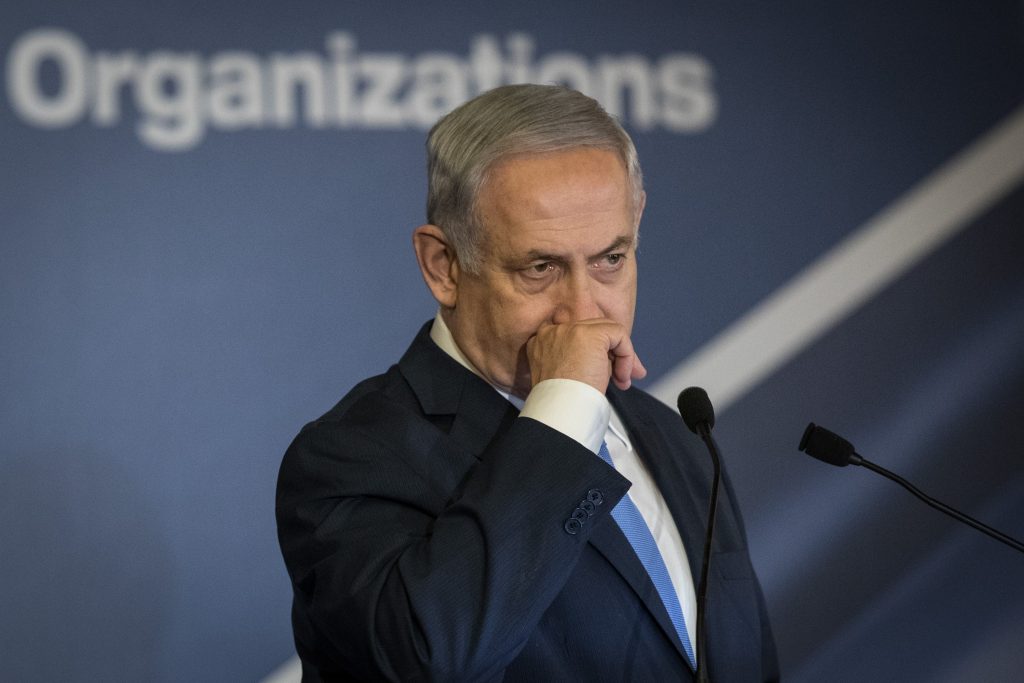 After weeks of media speculation about Israeli Prime Minister Binyamin Netanyahu’s alleged role in the Bezeq corruption case, a state prosecutor named Netanyahu for the first time in official proceedings.

Israel Securities Authority (ISA) lawyer Ronit Tirosh on Tuesday did not accuse the prime minister of any specific crime, but indicated that he might have been involved.

Tirosh added that “‘positive coverage’ is a mild way of putting it.”

The prosecution later clarified that the inclusion of the prime minister in her remarks had been made only in reference to the detention of former Netanyahu aide Nir Hefetz, and that the Attorney General has yet to determine whether Netanyahu was implicated.

Netanyahu served as communications minister from November 2014 to February 2017. During that time, Walla’s coverage was observed to shift in favor of the Netanyahus, and during the same period Bezeq was given permission to buy the satellite cable provider. Yes, overriding antitrust issues, and to renege on its commitment to lease out its infrastructure to telecom competitors. The decisions for Bezeq were estimated at being worth hundreds of millions of shekels.

Sources close to Netanyahu, who himself has denied any wrongdoing in the case, again rejected claims that he had traded favors with Bezeq.

“The claims against Prime Minister Netanyahu are baseless. All of the decisions were made for relevant reasons and are based on professional opinions, committees and legal advice,” the sources said on Monday.

Meanwhile, an official inquiry into communications between Judge Ronit Poznansky-Katz and ISA legal rep Eran Shacham-Shavit concluded that her indiscretion was not of a criminal nature, but recommended a disciplinary hearing.

However, the “secrets” that were divulged would have been made known to the judge by the prosecution officially sooner or later in any event.

“There was absolutely no miscarriage of justice or a conspiracy between the prosecution and the court here,” he stated.

Rivlin did note that the questionable exchange of messages did not take place only on one day but over a much longer period of time:

“During the months of June, July and December in 2017 and January and February in 2018, attorney Shacham-Shavit contacted the judge several times on the matter of the hearing she was set to preside over, in which he himself was set to participate.

“The beginning of said close proximity was indeed with texts seeking to coordinate logistics directly, but continued with the exchange of more personal messages on the part of the judge, such as, ‘Please ask (the police’s representative) to arrive at ten thirty because the court has not yet returned from riding bicycles.’

“This message was then answered with, ‘Okay, the court should watch that it doesn’t fall.'”