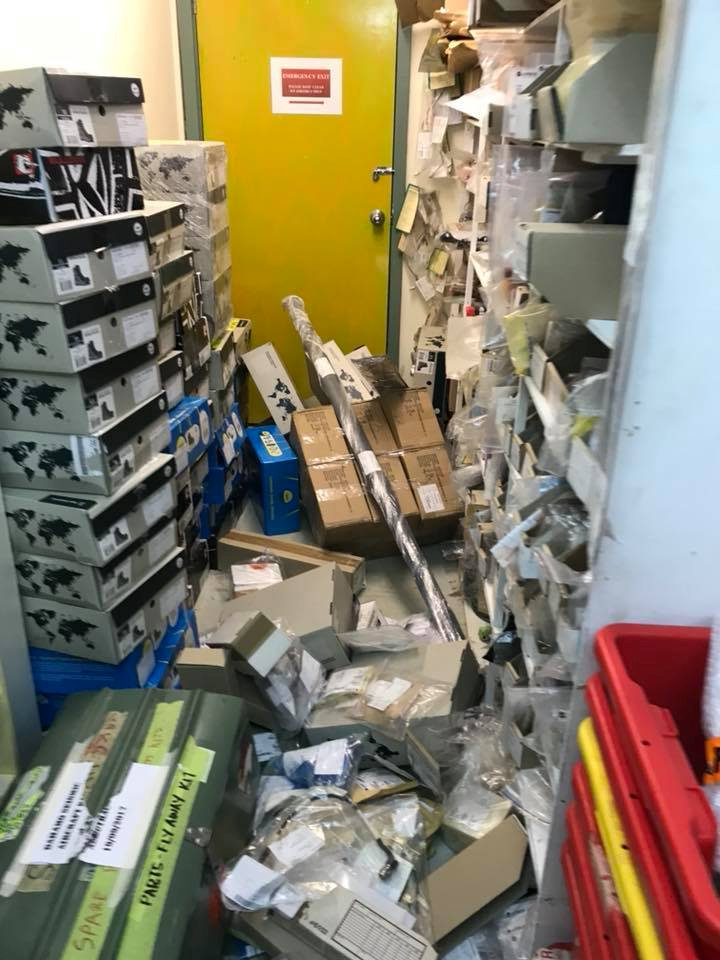 Up to 14 people were killed in landslides and by collapsed buildings during a powerful earthquake in the remote Papua New Guinea highlands, police and a hospital worker said on Tuesday, with unconfirmed reports of up to 30 dead.

Two buildings collapsed and, along with a landslide, killed 12 people in Mendi, the provincial capital of the Southern Highlands, said Julie Sakol, a nurse at Mendi General Hospital, where the bodies were brought to the morgue.

“People are afraid. The shaking is still continuing. There’s nowhere to go but people are just moving around,” she said.

Dozens of aftershocks rattled the area, including a 5.7 quake on Tuesday afternoon, the U.S. Geological Survey reported.

Police in Mendi said 14 people were killed in the initial quake, including three in Poroma, south of Mendi. “They were killed by landslides destroying families sleeping in their houses,” said Naring Bongi, a police officer in Mendi.

With a lack of communications preventing a clear assessment of damage, aid agencies had not yet begun relief efforts, said Udaya Regmi, head of the International Red Cross in Papua New Guinea, in Port Moresby.

Earthquakes are common in Papua New Guinea, which sits on the Pacific’s “Ring of Fire,” a hot spot for seismic activity due to friction between tectonic plates. Part of PNG’s northern coast was devastated in 1998 by a tsunami, generated by a 7.0 quake, which killed about 2,200 people