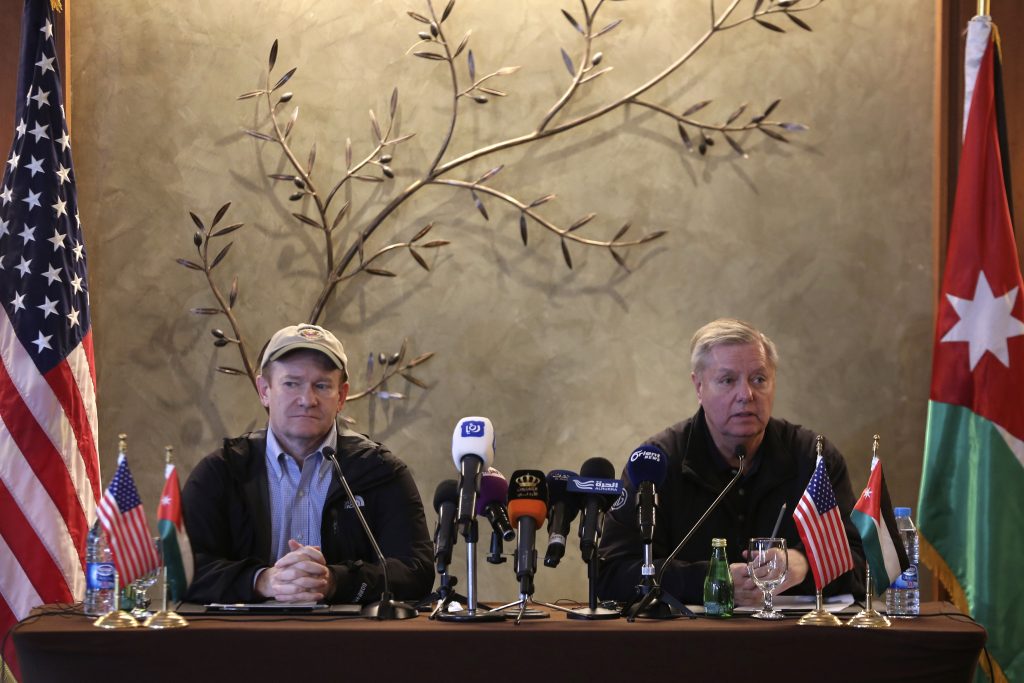 U.S. senators who just returned from a trip to Israel called on Tuesday for an increase in the $38 billion in military aid the United States is currently providing Israel, signaling support for more funds for Israeli missile systems.

Senators Lindsey Graham, a leading Republican foreign policy voice, and Chris Coons, a Democratic member of the Senate Foreign Relations Committee, said they considered the provision of $38 billion over 10 years, “a floor.”

Graham said during a meeting with reporters that he thought provisions in the agreement phasing out an arrangement in which Israel could spend U.S. funds on its own defense industry and the provision of just $500 million in missile defense funding were “short-sighted.”

Coons said tensions in the broader region supported the idea of more funding for Israel, citing the ongoing war in Syria and Iran’s recent use of a stealth drone.

The Obama administration and Israel signed an agreement in September 2016 to give Israel $38 billion in military assistance over the next decade, the largest such aid package in U.S. history, but one that included concessions by Israel’s government.