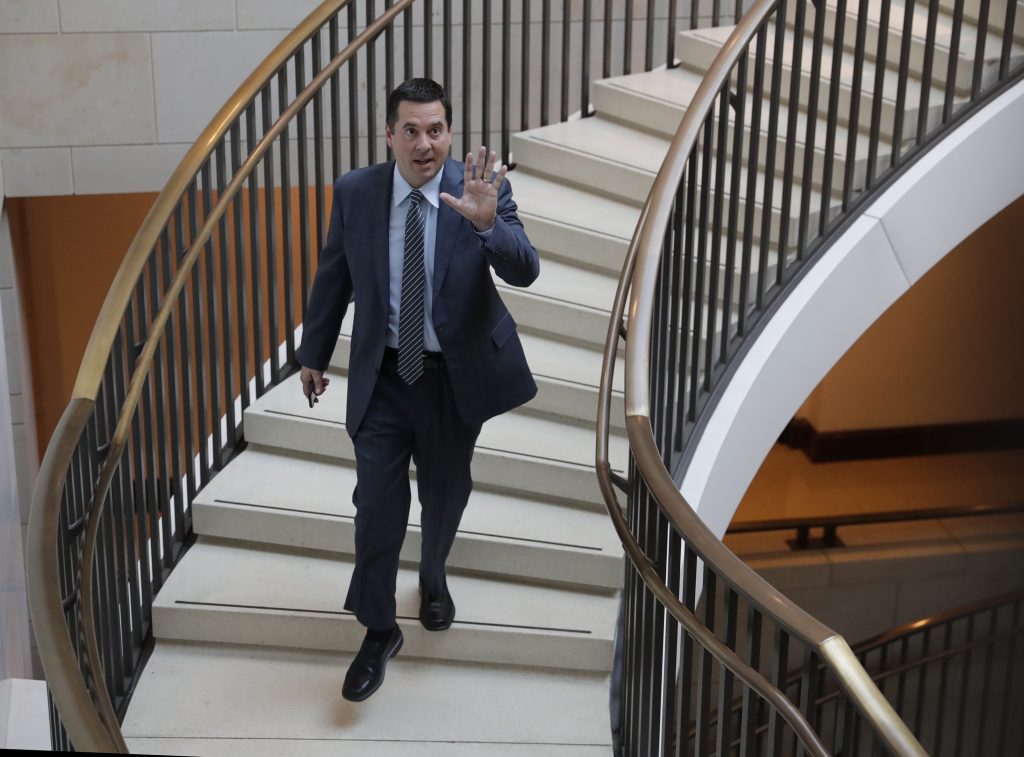 Hope Hicks, one of President Donald Trump’s closest aides and advisers, met Tuesday with House investigators probing Russian meddling in the 2016 U.S. election. But she refused to answer any questions about events and conversations that occurred since Trump took office, according to a Republican lawmaker who was there during the proceedings.

Emerging from the meeting with Hicks, panel member Rep. Chris Stewart, R-Utah, said that “there are some questions that she’s not going to answer,” adding that Hicks was not willing to detail anything from the inauguration forward.

Her refusal to answer questions about the Trump administration’s tenure suggests lawmakers will have a difficult time learning her side of a key story: the drafting of a misleading statement to explain an unorthodox meeting at Trump Tower between top Trump campaign members and a Russian lawyer.

Hicks works as the White House communications director, but her proximity to Trump and long history of working with the Trump family make her testimony potentially valuable to the panel’s probe of Russian interference in the elections. In particular, Hicks is likely to face questions about a statement she helped draft on Air Force One last summer, addressing a June 2016 meeting that the president’s son Donald Trump Jr.; his son-in-law, Jared Kushner; and then-campaign manager Paul Manafort held with a Russian lawyer in Manhattan. The misleading statement has raised questions about whether there was a deliberate attempt to obstruct justice surrounding the meeting.

But how Hicks approaches the panel’s questions about the transition period may determine how forcefully lawmakers compel her testimony.

Stewart said that after about two hours, the panel had not yet begun to ask Hicks questions about the transition period — a time former White House adviser Steve Bannon also refused to detail during questioning, arguing the president might later want to invoke executive privilege. His resistance prompted the panel to issue him a subpoena last month, and Republican leaders are weighing whether to hold him in contempt.

Rep. K. Michael Conaway, R-Texas, who is running the panel’s Russia investigation, said Monday that he “would not be surprised” if Hicks followed the example of other close Trump aides and advisers who have simply refused to answer certain questions, arguing that the president might want to invoke executive privilege at some point in the future.

Conaway likened the possibility Hicks might refuse to answer questions to an appearance by Attorney General Jeff Sessions last year before the Senate Intelligence Committee. Session declined to answer several queries in case Trump might later want to invoke executive privilege. The argument did not sit well with senators on the panel.

Sessions never faced official congressional censure. But several Republican and Democratic members of the House Intelligence Committee believe they must issue a contempt citation for Bannon to demonstrate to future witnesses that congressional subpoenas must be complied with. The decision depends on Conaway and House Speaker Paul Ryan, R-Wis., reaching an agreement; but as of Monday night, the two had not yet met to discuss the issue, according to Conaway.

Hicks initially was expected to speak with the House Intelligence Committee last month, but her interview was canceled in the wake of the dramatic standoff with Bannon that resulted in his subpoena. Conaway said Monday that he is not aware of any deal with Hicks to limit interview questions in exchange for her appearance before the panel.

But committee members have been caught off-guard by Trump’s close advisers before. Bannon claimed that his lawyers had agreed with a committee staffer that he would not be asked questions about the transition period or his time in the White House, an apparent deal no panel members were aware of or willing to honor. The panel is also grappling over what to do about former Trump campaign manager Corey Lewandowski. He initially claimed that he was unprepared to answer the committee’s questions and needed more time but later informed the panel he would not return to complete his interview.

Hicks has already spoken with special counsel Robert S. Mueller III’s team. Members of the House Intelligence Committee said they expected her to be forthcoming with her answers to the panel during her Tuesday interview as well.

“I hope that she’ll come prepared to answer all of our questions,” the panel’s top Democrat, Rep. Adam Schiff of California, said Monday. “There have been other administration witnesses who have placed no limits on our ability to ask questions about the transition or their time in the administration. I hope that she’ll be forthcoming in that way.”