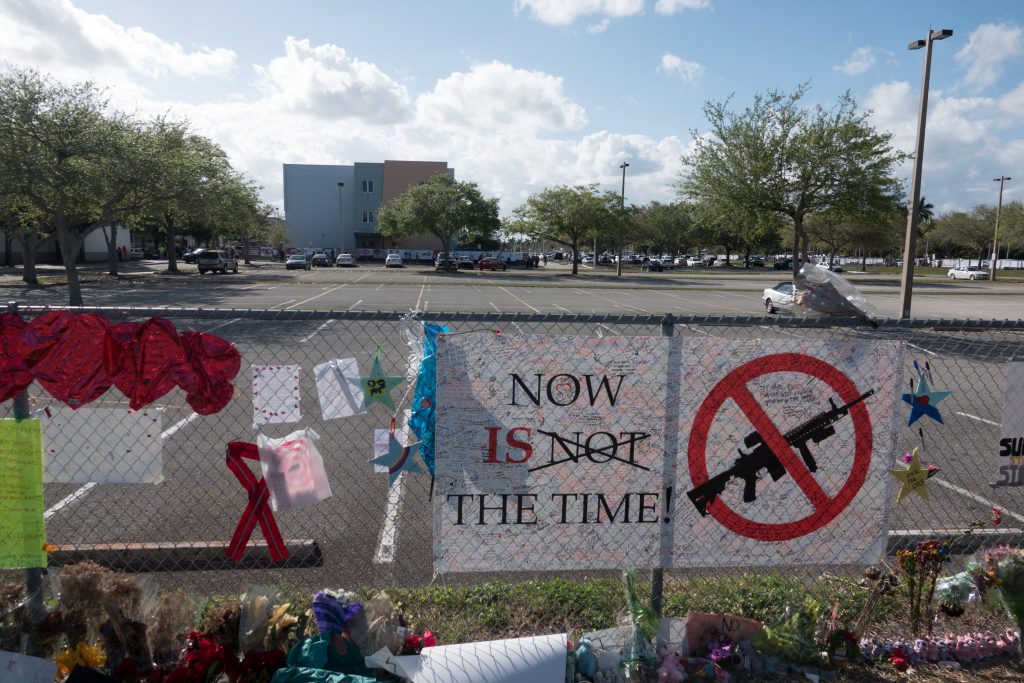 The Florida Senate Rules Committee voted 9-4 on Monday for a bill that would raise the age to purchase rifles from 18 to 21 and create a three-day waiting period to buy the weapons. Those rules are already in place for handguns. The bill also would make it easier to block gun sales or confiscate weapons from people who show violent tendencies or signs of mental illness.
The bill approved Monday also would let Florida counties authorize teachers to carry concealed weapons in school if they undergo law enforcement training and are deputized by the local sheriff’s office.

But the committee refused to add an overall assault-style weapon ban in the bill, voting that amendment down 6-7 after more than two hours of testimony from dozens of gun safety advocates. Those advocates pleaded with lawmakers to ban weapons like the AR-15 used to kill 17 people at Marjory Stoneman Douglas High School.

After the vote, many of the nearly 300 protesters in the room began chanting, “Shame! Shame!” and “Vote them out!”

The bill still needs approval by the Senate Appropriations Committee before going to the full chamber. A similar House bill will be considered in committee Tuesday.

A court hearing on procedural matters for Florida school shooting suspect Nikolas Cruz has been canceled. Court records show the hearing that had been scheduled for Tuesday is no longer on the docket. No immediate explanation was given.