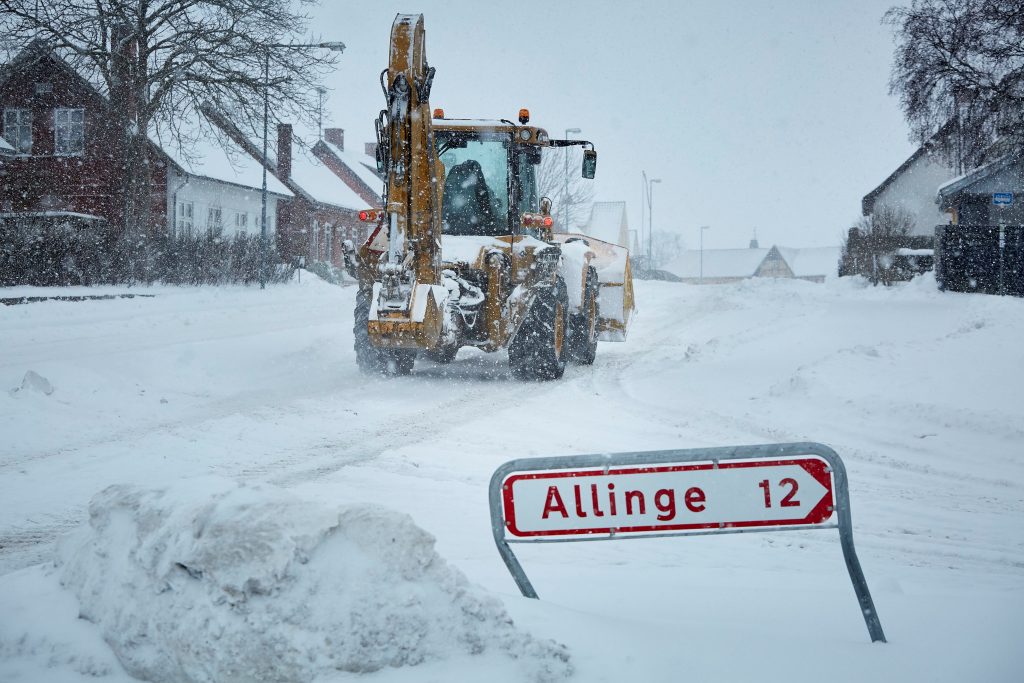 Much of Europe is currently experiencing low temperatures due to a blast of icy air from the northeast.

Blizzards are battering Romania and leaving scores of roads blocked by snowdrifts. At least three deaths have been reported. Officials closed dozens of roads in south and east Romania on Tuesday after heavy snowfall overnight. Some drivers were stranded all night by the snow.

Officials said a 65-year-old man was found frozen to death outside his home in northern Romania and an 83-year-old woman collapsed on the street unconscious and was covered in snow. She died later in the hospital. Health officials said a 74-year-old woman was found unconscious in a dilapidated house in the eastern city of Galati and later died of hypothermia. It was the sixth cold-related death in the city this year.

Bucharest Mayor Gabriela Firea said schools would remain closed in the capital until the end of the week.

A Danish newspaper report says that an army personnel carrier with caterpillar tracks has been sent out on the roads of Denmark’s Baltic Sea island of Bornholm, north of Germany, for the first time in five years. The vehicle, which can drive through deep snow, will transport police and ambulance personnel to locations if needed, according to the local Bornholms Tidende paper.

Dutch authorities have banned boats from some of Amsterdam’s iconic canals in a move aimed at helping them freeze over so that residents can lace up their skates and glide over the frozen waterways. People were last able to skate on the canals in 2012.

In Poland, police say that five people died from the cold overnight, when temperatures dropped in some areas to -22 C (-7.6 F.). That brought the number of deaths from hypothermia to 58 this winter, according to national police statistics. Such deaths usually occur among homeless people or drunk people who stay outside during the night.

Authorities in some cities and towns, especially in the east where temperatures are lowest, will be placing coal heaters in the streets to help people keep warm.

Germany has suffered one of its coldest nights, with the mercury dropping below minus 10 degrees Celsius (14 Fahrenheit) in large parts of the country. The German meteorological office said Tuesday it recorded a temperature of minus 30.4 C. atop the country’s highest peak, the Zugspitze, overnight.