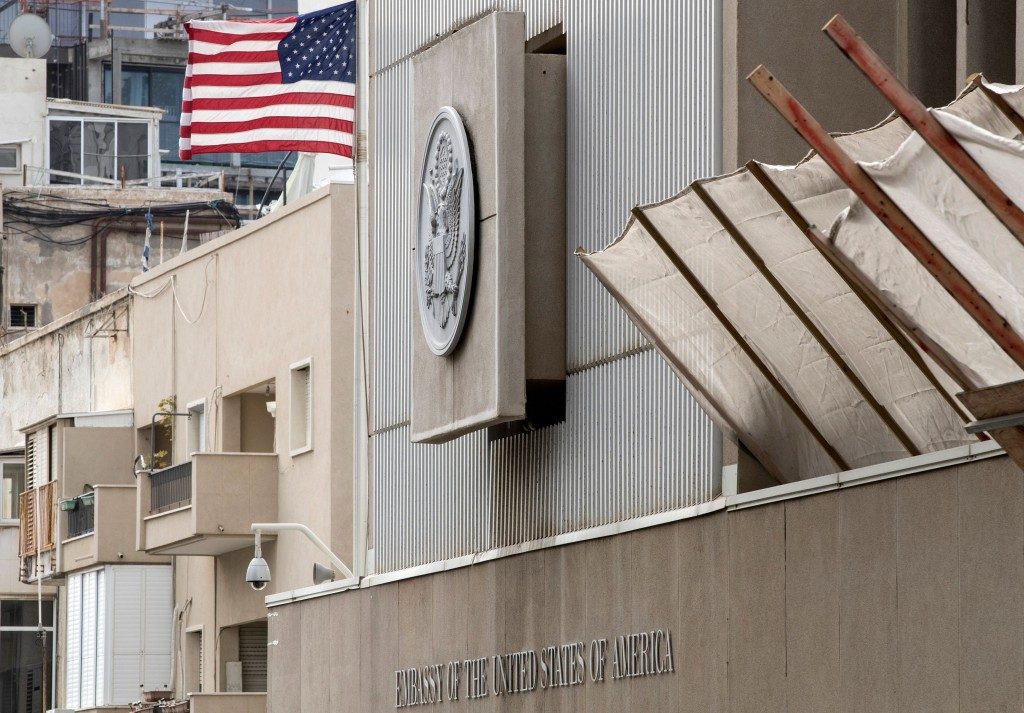 When President Donald Trump announced his decision to recognize Yerushalayim as Israel’s capital almost three months ago, there were some who questioned his sincerity.

Cynics suggested that the statement was practically meaningless as long as the U.S. embassy remained in Tel Aviv, since the president’s successor could easily reverse a mere proclamation. Only a physical manifestation of recognition — such as the moving of the U.S. embassy to Yerushalayim — would be irrevocable. And the president wasn’t committing to a time frame for such a move.

But that changed last Friday, when the State Department announced that the move would take place in May, to coincide with the 70th anniversary of Israeli independence. The embassy will initially be housed in the U.S. consulate building, located in the capital’s Arnona neighborhood, where Ambassador David Friedman and his closest staff will work. The rest of the staff will remain in Tel Aviv until a much larger facility can be built in an as-yet-unspecified neighborhood.

The announcement was the latest in a string of pleasant surprises for Israel and the American Jewish community. (Secretary of State Rex Tillerson had said it could take years to move the embassy and even Vice President Mike Pence had said it wouldn’t open before the end of 2019.) The president has been unstinting in his support for Israel, has appointed an ambassador to the United Nations, Nikki Haley, whose eloquence in defending Israel is second to none, and a vice president, Mike Pence, who won over the hearts of Jews in Israel and around the world with his heartwarming address to the Knesset in January.

What’s more, he chose David Friedman as his ambassador to Israel, an Orthodox Jew who isn’t afraid to be undiplomatic when it comes to blaming terrorism for the absence of peace and the PA leadership for underwriting said terrorism.

The president has shown, time and again, a willingness to keep his promises, even if it means going against the tide of his own State Department or Europe or the United Nations. Addressing the Conservative Political Action Conference last Friday, he acknowledged that he had come under “incredible” pressure not to move the U.S. embassy.

Foreign countries begged him, “Don’t do it, don’t do it,” he said, but his administration “did the right thing.”

In a recent interview with Yisrael Hayom’s editor Boaz Bismuth, marking the end of his first year in office, the president was asked about his most memorable decision, and immediately spoke about Yerushalayim. “I think Jerusalem was a very big point. And I think it was a very important point. The capital, having Jerusalem be your great capital was a very important thing to a lot of people. I have been thanked and in some cases not thanked, to be 100 percent honest about it. But it was a very important pledge that I made, and I fulfilled my pledge.”

As to who should pay for the move and for the construction of a new embassy, it is clear that it should be the government, not private Jewish donors. The duly elected government of the United States has decided, at long last, to recognize the obvious — that Yerushalayim is the capital of Israel, and should therefore cover the costs of such a move.

As expected, the administration’s announcement on the embassy move evoked mix responses. Saeb Erekat, a senior PLO official, was particularly outraged that the move should take place on Israel’s independence day, which the Arabs refer to as the Nakba, or “catastrophe.”

“The American administration’s decisions to recognize Jerusalem as Israel’s capital and choose the Palestinian people’s Nakba as the date for this step is a blatant violation of international law,” he told AFP.

The story of Purim is one of hidden miracles, not open ones. The Vilna Gaon says that each and every passuk in the Megillah contains demonstration of the Hand of Hashem being seen in what appear to be “natural” events.

Today, as well, we are witnessing the Hand of Hashem through natural events around the globe.

Who knows if it was not for just such a time that Donald Trump was elected president of the United States.