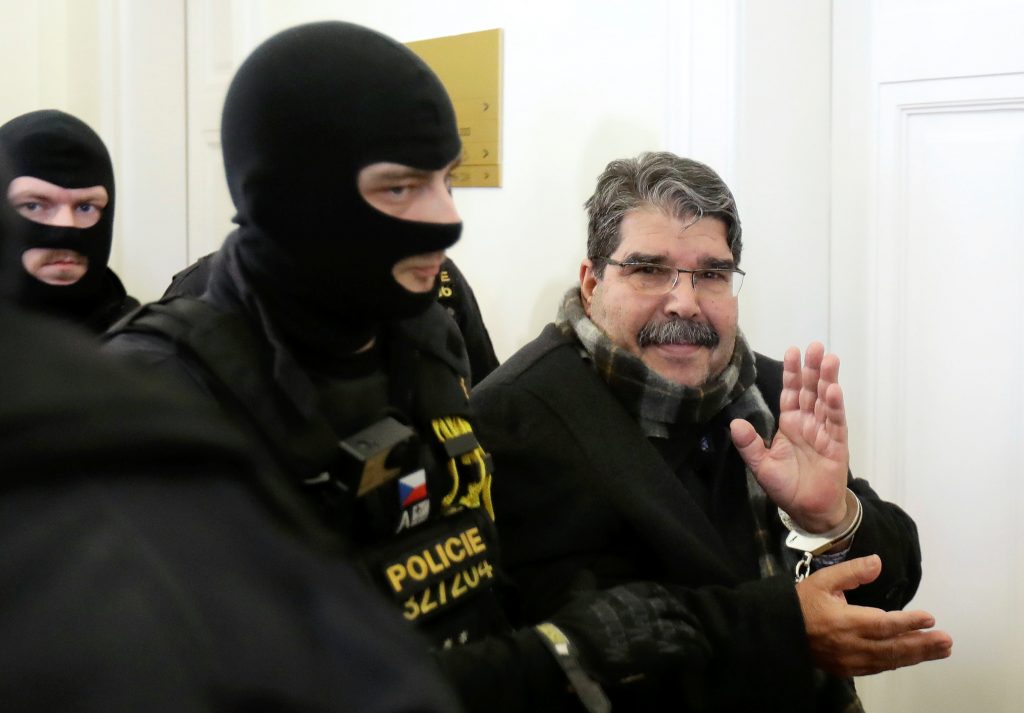 A Czech court ruled on Tuesday that former Syrian Kurdish PYD leader Saleh Muslim be released, despite Turkey’s call for his detention pending an extradition request.

Muslim formerly headed the PYD, the major component of a coalition that governs Kurdish-held autonomous parts of northern Syria. He was detained in Prague over the weekend at the request of Turkey, which accuses him of disrupting the state and aggravated murder.

“The court ruled Mr. Muslim will be released,” a spokeswoman for the Prague Municipal Court, Marketa Puci, said, adding that the ruling had taken legal effect as both the state attorney and the defense gave up their rights to appeal.

“The court accepted a promise by Mr. Muslim that he will remain on EU territory and will be attending court hearings.”

The ruling means that the Turkish extradition request can still go forward and will be considered by the Czech state attorneys, and by courts if the state attorney finds it relevant.

Turkey’s ambassador to Prague Ahmet Necati Bigali said he would express “sadness” over the decision.

“It is not befitting friendly relations between Czech Republic and Turkey. We will convey to our counterparts that the decision does not befit our NATO alliance and the decision might mean supporting terror,” he told Turkish broadcaster Haberturk.

Turkey launched a military offensive last month in Syria’s Afrin region against the Kurdish YPG militia, the PYD’s armed affiliate, which it deems a menace on its border.

Ankara sees the PYD and YPG as extensions of the outlawed Kurdish PKK movement, which has waged a decades-long insurgency on Turkish soil — though the groups say they are independent.

Turkish President Tayyip Erdogan said on Sunday that he hoped the Czech Republic would extradite Muslim to Turkey, adding that Turkey did not have problems with Kurdish people, but rather “terrorists.” (Reporting by Robert Muller and Jan Lopatka; Additional reporting by Ezgi Erkoyun in Istanbul)