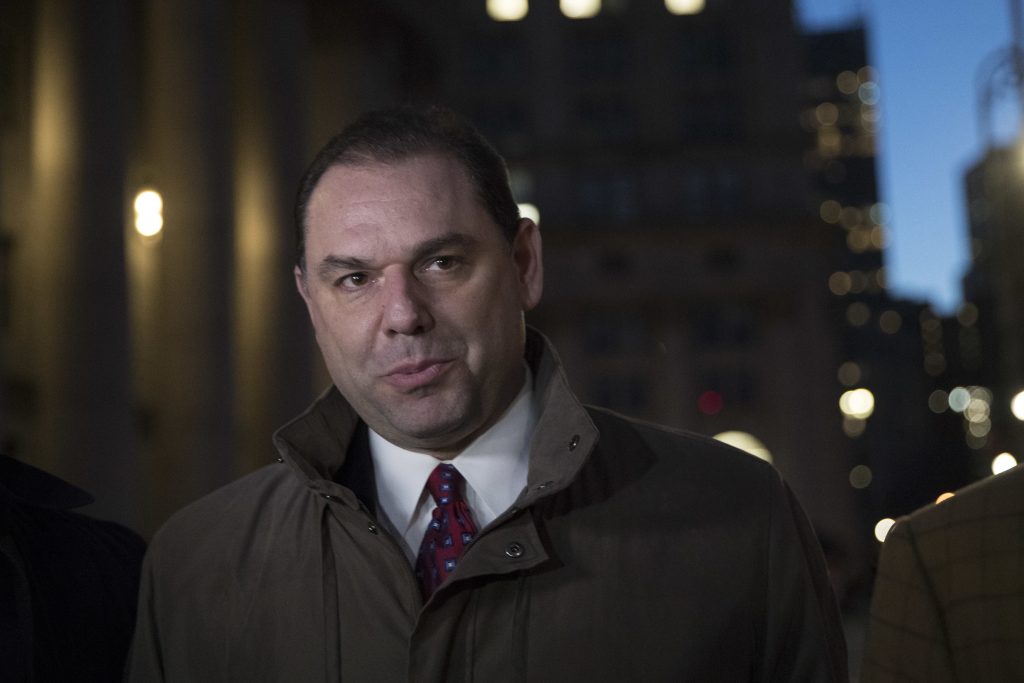 A former top aide to Gov. Andrew Cuomo proved his guilt by repeatedly discussing “ziti” as he described bribes he was receiving from three businessmen, a prosecutor told jurors as closing arguments began Tuesday.

Assistant U.S. Attorney David Zhou told the Manhattan federal court jurors that they could use Joseph Percoco’s own words to convict him.

Zhou said Percoco was repeatedly “begging, requesting, demanding ziti” in his discussions with an Albany lobbyist, demonstrating that he understood that the roughly $320,000 he was receiving from the businessmen were bribes. All but $35,000 in the alleged bribes came in the form of a job given to Percoco’s wife.

Zhou began his summation by reading from emails in which Percoco demanded “ziti.” He said Percoco “sold out his vast power. He sold out his influence and betrayed the people of New York.”

Percoco, 48, has pleaded not guilty. He has been on trial for five weeks along with the three businessmen. His lawyer said his client acted honestly and was being framed by a corrupt government cooperator, Todd Howe.

Attorney Milton Williams said the government is destroying lives while repeatedly forgiving the misdeeds of its star witness, lobbyist Todd Howe. Attorney Stephen Coffey said the case for his client comes down to Howe’s credibility, whom he termed “a walking, talking reasonable doubt.”

Zhou barely mentioned Howe, who was imprisoned during the trial for lying about his plea agreement, noting, however, his criminal past, saying Howe had lied and cheated “throughout his life.” But he said Percoco and his co-defendants relied on Howe, 57, because they knew he was corrupt enough to carry out their schemes.

“Who else would do such a sleazy job?” Zhou asked. “The government didn’t choose Todd Howe as a witness. The defendants did.”

Howe had been free on bail after pleading guilty to eight crimes that could potentially carry a prison sentence of over 100 years. His bail was revoked after he confessed that he’d violated the terms of his cooperation deal with prosecutors.

Howe has testified that he sought to help Percoco, once a close friend, overcome financial woes by arranging for developers to funnel bribes to Percoco’s wife. In exchange, Percoco worked to clear the way for state permits for a power plant and get a pay raise for one of the developer’s sons, who worked for Cuomo, he said.

Howe said he hired Percoco in the late 1980s to work for then-Gov. Mario Cuomo, Andrew Cuomo’s late father. Percoco then became so close to Andrew Cuomo that he ran his 2014 re-election campaign for governor.

At Mario Cuomo’s funeral in 2015, Andrew Cuomo described Percoco as “my father’s third son who sometimes I think he loved the most.” Jurors could begin deliberating later this week.