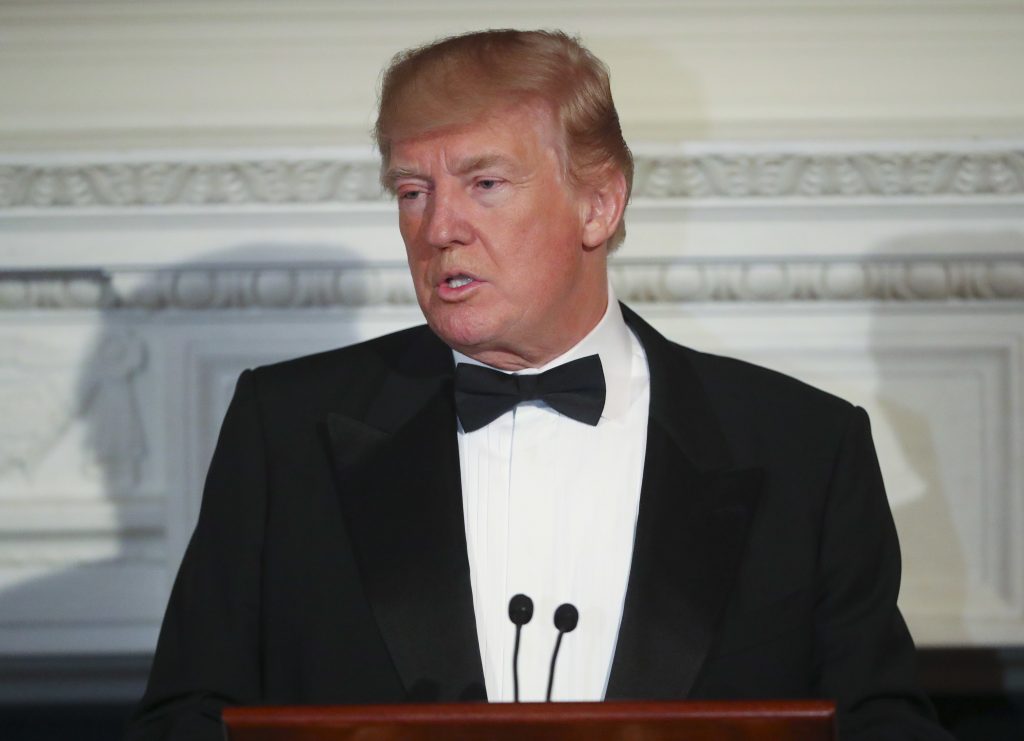 President Donald Trump said that the deadly mass shooting at a Florida high school is the top issue he wants to discuss with the nation’s governors.

Under pressure to act to stem gun violence on school grounds, Trump planned to solicit input from the state chief executives during meetings Monday at the White House. The governors are in Washington for their annual winter meeting.

But socializing was the focus Sunday night as Trump and first lady Melania Trump hosted the governors for an annual dinner.

In brief remarks before dinner in the State Dining Room, Trump said the governors are “very, very special people.”

Previewing Monday’s talks, Trump said they would also discuss the economy “and many other things.”

Seventeen students and teachers were killed in a shooting at Marjory Stoneman Douglas High School in Parkland, Florida, sparking a public outcry for new gun-control measures as well as action to improve school safety.

“We’ll be talking about Parkland and the horrible event that took place last week,” Trump said. “That will be one of the subjects. We’ll make it first on our list.”

The president also boasted about the economy, saying that numbers that weren’t so good under his predecessor are improving under his leadership.

“You’re going to see some numbers coming up over the next year, the likes of which we haven’t seen in our country for many, many years,” Trump said. He briefly mentioned his efforts to eliminate regulations, saying that because of his administration “people are building and farming and doing lot of things that they were having a very hard time doing.”

Trump’s session with the governors will be the latest in which he solicits ideas for stopping gun violence at schools as the White House works to finalize an expected legislative proposal. Trump spent several days last week hearing emotional pleas from parents and students, including some who survived the Parkland shooting, and others who suffered through school shootings in Connecticut and Colorado. He also solicited input from state and local officials.

Trump has floated numerous ideas since the shooting, including raising the minimum age for the purchase of assault-style weapons, improving background checks for gun purchases, arming educators and paying them bonuses, and reopening mental institutions.

“I think we’re going to have a great bill put forward very soon having to do with background checks, having to do with getting rid of certain things and keeping other things, and perhaps we’ll do something on age, because it doesn’t seem to make sense that you have to wait until you are 21 years old to get a pistol, but to get a gun like this maniac used in the school, you get that at 18,” Trump said during a late Saturday telephone interview with Fox News Channel. “That doesn’t make sense.”