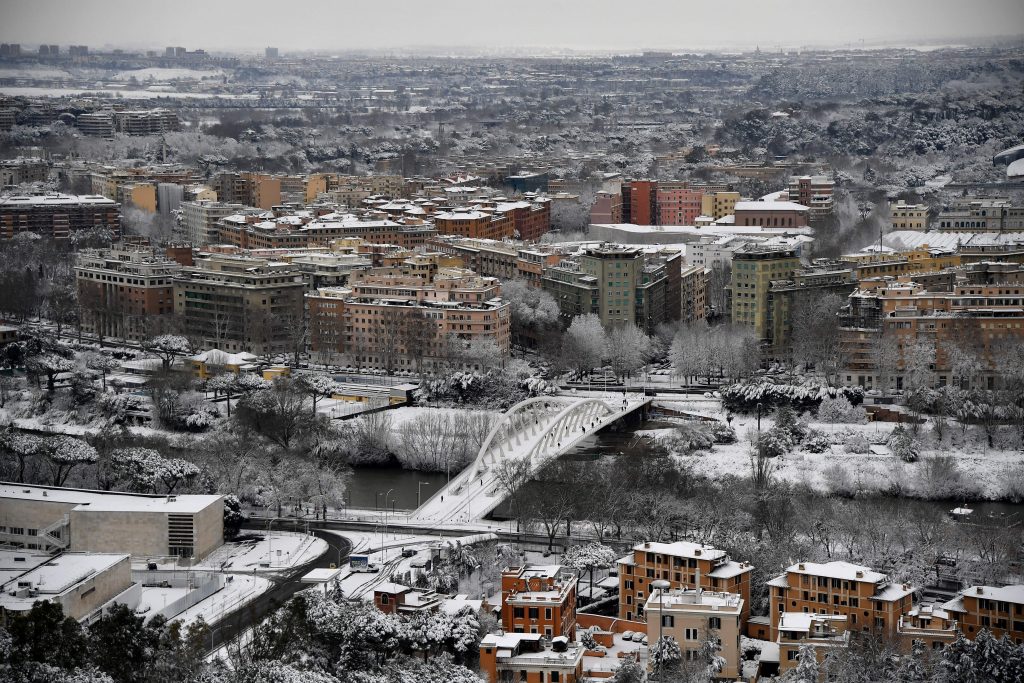 The Arctic storm dubbed the “Beast from the East” set record temperatures across much of Europe on Monday and brought a rare snowstorm to Rome, paralyzing the city and giving its residents an unusual chance to ski, sled and build snowmen in its famous parks and piazzas.

Rome’s train, plane and bus services were crippled and Italy’s civil protection agency even mobilized the army to help clear slush-covered streets as a city used to mild winters was covered by a thick blanket of snow.

“Beautiful, beautiful!” marveled Roman resident Ginevra Sciurpa, who donned a fur hat and thick scarf to brave the unusual cold. “Even though I’m not a child anymore, the enthusiasm for the snow is still the same. It is always beautiful, and above all I didn’t have to go to work.”

Elsewhere, the storm set dangerously low temperatures: Meteorologists in Germany reported a record low for this winter of -27 C (-16.6 F) on the Zugspitze mountain in the Alps. Moscow, as well, recorded its coldest night this winter, with the mercury dipping to nearly -20 C (-4 F) on Sunday night.

Doctors in Britain warned that the already-stretched National Health Service may have trouble coping with extra patients affected by what meteorologists are forecasting will be days of cold and high winds.

The intense winter weather has been dubbed “The Beast from the East” by British tabloids, citing Siberia as the source of the frigid temperatures.

In Croatia, about 1,000 soldiers joined in the clearing operations in the worst-affected areas, where over 5 feet were reported.

Rome saw just a few centimeters but it was enough to close schools. Parks that usually stay green through winter were blanketed with snow, giving eager Romans a rare opportunity to go sledding, snow-shoeing or skiing. Even the Circo Massimo became a hotspot for snowball fights, while Piazza Navona, with its famed Bernini fountains, turned into a snow-dusted winter wonderland.

Rome’s Mediterranean climate and proximity to the sea usually result in mild winters, such that restaurants often keep outdoor seating open, albeit with space heaters, even through the coldest months of the year.