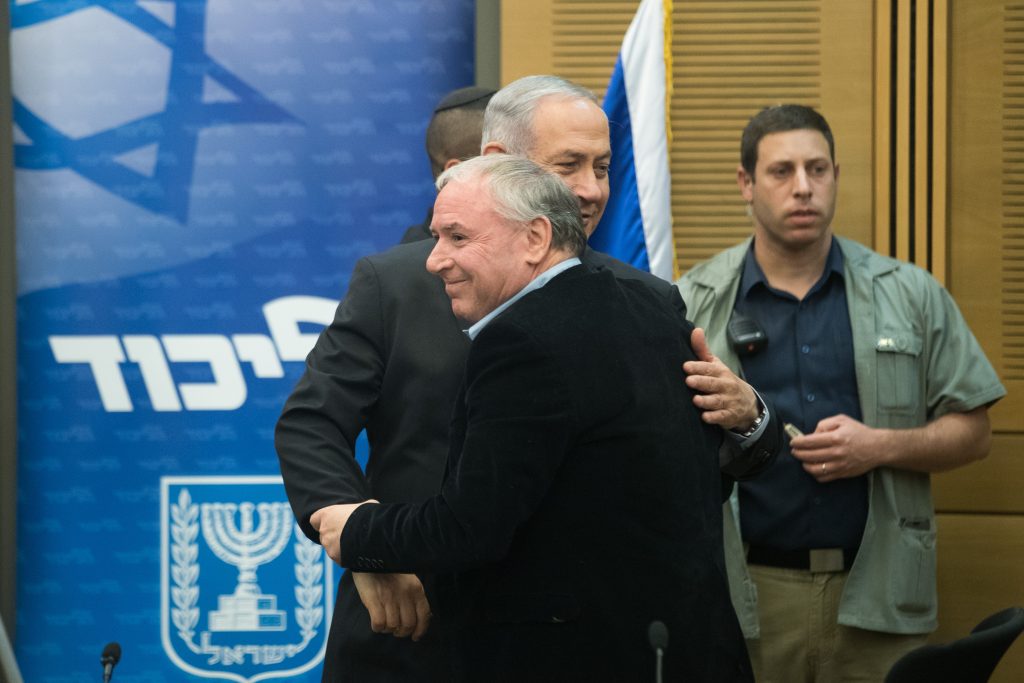 Four of seven suspects being held in the Bezeq corruption case were released on Monday following the revelation of collusion between the presiding judge and a government lawyer.

The defense attorneys for the suspects in the case demanded their immediate release. On Monday, the Tel Aviv court ordered the wife and son of Bezeq controlling shareholder Shaul Elovitch and two Bezeq executives to house arrest.

Elovitch himself remained in custody however. In a hearing on the matter, Yehudit Tirosh of the Israel Securities Authority contended that Elovitch is suspected of giving and receiving bribes and illicit favors worth “up to a billion shekels,” according to a Times of Israel report.

Tirosh justified keeping him in custody because, she said, he has “proved with his actions that he cannot be trusted, not then and not since then.” She argued that there is a serious risk that if freed they would seek to obstruct the investigation.

Elovitch, for his part, complains to the judge of “repeated efforts to break my spirit.”

“They’re trying to use this investigation to break me, to make me confess to something I never did,” he says. “But even if I keel over and have a heart attack, I won’t do it, I won’t lie.”

Meanwhile, the focus of the media has turned to the Israeli judiciary system, in what appears to be one of the most serious scandals in its history.

Sources in the legal system told Hadashot news that Ronit Poznansky-Katz, the judge accused of improper communication with a state representative that prejudiced an upcoming remand hearing in the Bezeq case, will be removed from her position, but will likely be spared standing trial for her infraction.

However, Justice Minister Ayelet Shaked said on Monday that the judge would be dismissed if the collusion allegations were found to be true. The state official charged with reviewing the complaints against judges is set to publish the findings of his examination of Poznansky-Katz’s conduct later Monday. The ISA lawyer Shacham-Shavit and Poznansky-Katz underwent questioning by judiciary disciplinary investigators on Monday.

If they find the story is true, Poznansky-Katz “won’t remain a judge,” the justice minister declared. “If necessary I will convene the judicial appointments committee and we will exercise our powers of impeachment.”

The “messages affair” has cast a dark cloud over the investigations into Israeli Prime Minister Binyamin Netanyahu, and the Israeli opposition was keen on Monday to see to it that the cloud passes swiftly.

Labor party chairman Avi Gabbay conceded that the allegations of collusion are “serious,” but said they should not divert attention from the police recommendations to indict PM Netanyahu.

“A judge who coordinates remand extensions cannot extend the remand of a single other person, just as a prime minister with [police] recommendations [that he stand trial] for bribery cannot continue in his position,” said Gabbay at the weekly Zionist Union faction meeting.

Gabbay said the Channel 10 report on the alleged collusion “caused serious damage to the rule of law. But let us not be misled. Even on a day like this in which we are looking at the jaw-dropping texts [between the judge and investigator], we cannot forget what the main issue is,” he said, referring to the allegations against the prime minister and, presumably, the opposition’s objective of removing him from power.

Earlier on Monday, Public Security Minister Gilad Erdan called for a criminal investigation into the affair.

“When you see a judge coordinating her rulings with the prosecution, it’s really a shocking thing, and in my opinion a criminal offense,” Erdan told Army Radio.

Shaked noted on Monday that Attorney General Avichai Mandeblit would be the one to decide whether to pursue a criminal investigation into the pair.

The uproar continued in the Israeli news media.

Yisrael Hayom called the scandal a “crisis of confidence,” and observed that “it has been a long time since a case so far outside the norms has been in Israel’s judicial landscape and it’s still impossible to even begin to estimate what the long-term results of it will be.”

In Yedioth Aharonot, while senior journalist Nahum Barnea derided the collusion as “ridiculous,” admitted that it’s a stain on the whole justice system.

“Before yesterday, it was clear enough who the good guys were and who were the bad guys. Now it’s a little less clear. To use a sports analogy, the judge and prosecutor scored an own-goal in a decisive game, when it was tied, in the 90th minute,” he writes.

Haaretz columnist Ido Baum sounded much like Gabbay, saying that “what happened is serious and saddening, but it’s just a side anecdote. It won’t keep law enforcement from investigating the Bezeq case and all its branching parts.”

The Times of Israel pointed out that only a few days ago Baum called an alleged bribery attempted by a Netanyahu aide to a judge the worst corruption case in the country’s history; but the Poznansky-Katz business he brushes aside as a mere “anecdote.”