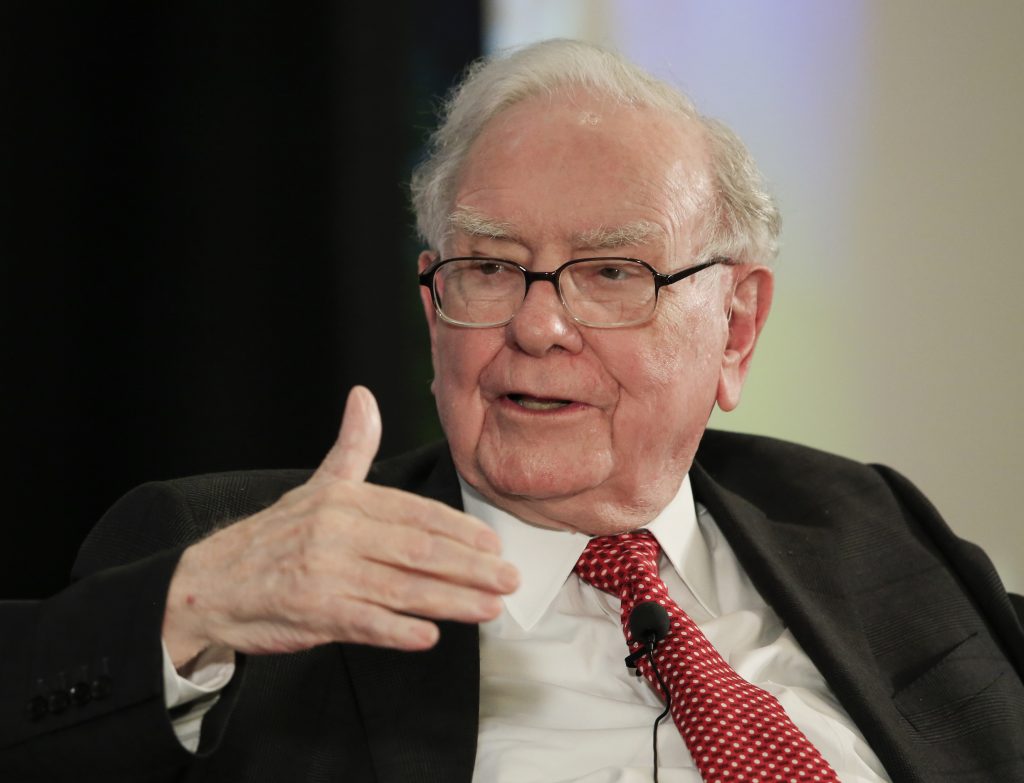 Billionaire Warren Buffett says American businesses are getting a significant boost from the tax overhaul, but health-care costs remain a drag, so he hopes a new initiative his company started with Amazon and JP Morgan Chase will deliver significant savings.

Buffett appeared on CNBC Monday after releasing his annual letter to Berkshire Hathaway shareholders over the weekend. Buffett’s Omaha, Nebraska, conglomerate reported a $29 billion paper gain on far-reaching changes to the U.S. tax code, and the conglomerate will benefit from a lower tax rate going forward.

The tax gain Berkshire reported was mostly related to adjustments in the paper value of its deferred taxes and unrealized capital gains on stocks. It drove most of the increase in Berkshire’s $44.9 billion profit last year, up from $24.1 billion in 2016.

But Buffett says he’s had a hard time finding acquisitions at reasonable prices, so he’s sitting on $116 billion cash and short-term bonds.

Buffett said he expects he’ll eventually find a good use for a big chunk of that cash, but he may have to wait for a downturn in the economy. If he can’t find enough sizeable deals, he said Berkshire may repurchase more stock instead of initiating a dividend.

But Buffett said the goal is much bigger than simply shaving 3 percent off health costs through negotiating power.

“We’re looking for something much bigger than that,” Buffett said. “Hopefully we can find a way where perhaps better care could be delivered even at a somewhat lesser cost.”

Buffett said Berkshire and its partners have been inundated with offers from companies and individuals who want to help with the health cost project, but it’s too early to consider those because the group is still looking to hire an executive to lead the effort.

Buffett said he remains confident in Wells Fargo and Berkshire is the bank’s largest stakeholder with about 10 percent of the bank’s shares.

Buffett said he believes Wells Fargo CEO Tim Sloan has worked to clean up the misconduct that was reported at the bank in recent years. Regulators determined that bank employees opened millions of unauthorized accounts to meet sales quotas.

Buffett said it could take the bank a long time to work its way back into regulators’ good graces again.

The success Buffett has had over the years means a lot of investors watch his moves closely. He said Monday that Berkshire is unsurprisingly his favorite stock, but he pointed out that Apple is the stock Berkshire bought most of last year.

Buffett said investors can get clues about what he likes best by looking at Berkshire’s portfolio. Wells Fargo is the biggest holding worth about $29 billion, but Berkshire’s Apple stake isn’t far behind at $28 billion.

Several of Berkshire’s other biggest stock holdings have been held for decades. Those include large stakes in Coca-Cola and American Express.

Beside investments, Berkshire owns more than 90 different businesses in a variety of industries, including BNSF railroad, Geico insurance and several electric utilities and manufacturing firms.