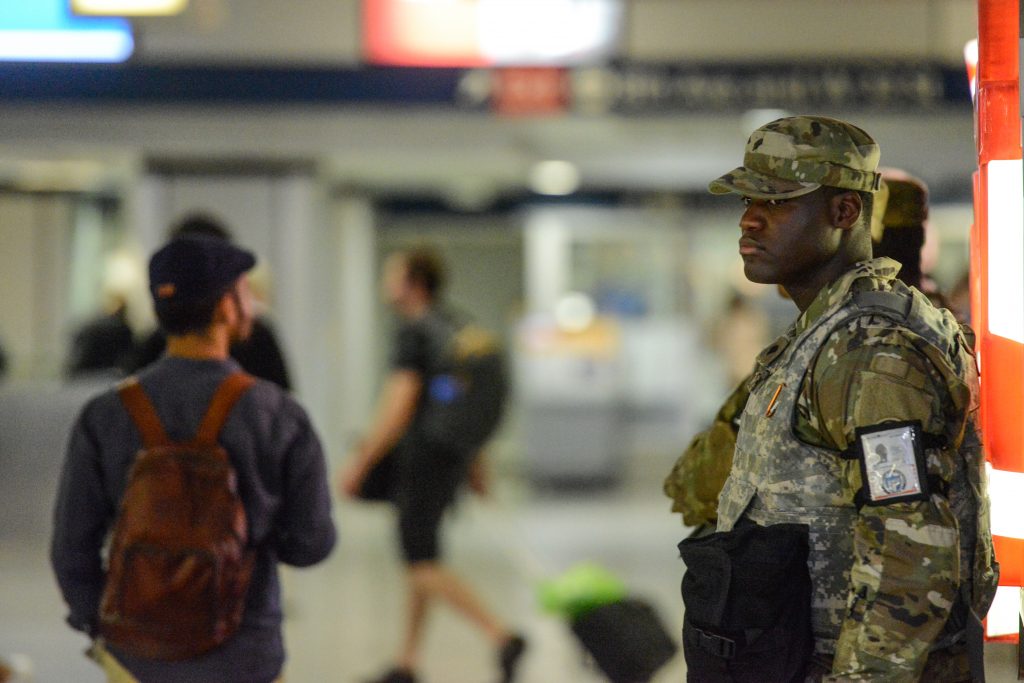 Schumer, a Democrat, pushed for the technology to be tested in New York City after a Bangladeshi immigrant injured himself setting off a crude pipe bomb strapped to his chest in December in a subway passageway near Times Square, a few blocks from Penn Station, the nation’s busiest train station.

“When I made the push to bring this technology to New York City it was because we need to put it on the fast-track and we need to perfect it, because if it works, this is where we want it: in New York City’s busiest transit hubs,” Schumer said Monday in a news release.

The TSA has been working on the experimental devices, known as standoff explosive detection units, since 2004 with transit agencies. The technology has also been used to secure large events and was tested by the Los Angeles Metropolitan Transportation Authority in December. It hasn’t been deployed permanently at any transit hub because it’s still under development.

The QinetiQ SPO-NX screening devices used in one of Los Angeles’ busiest stations, the 7th Street Metro downtown, resemble white broadcast cameras on tall tripods. The machines screen people at a distance without slowing them down. If a potential threat is detected, it will trigger an alarm on an operator’s laptop.

Unlike airport screening systems, the equipment projects scanning waves at people rather than having them walk through a scanner. The machines scan for metallic and non-metallic objects on a person’s body.

There are several variations of the technology, Schumer said, and the TSA must help local transit agencies examine them to find the best options to thwart suicide vests and other concealed explosives as soon as possible.

Testing will evaluate the effectiveness at detecting bombs and the frequency of false alarms.