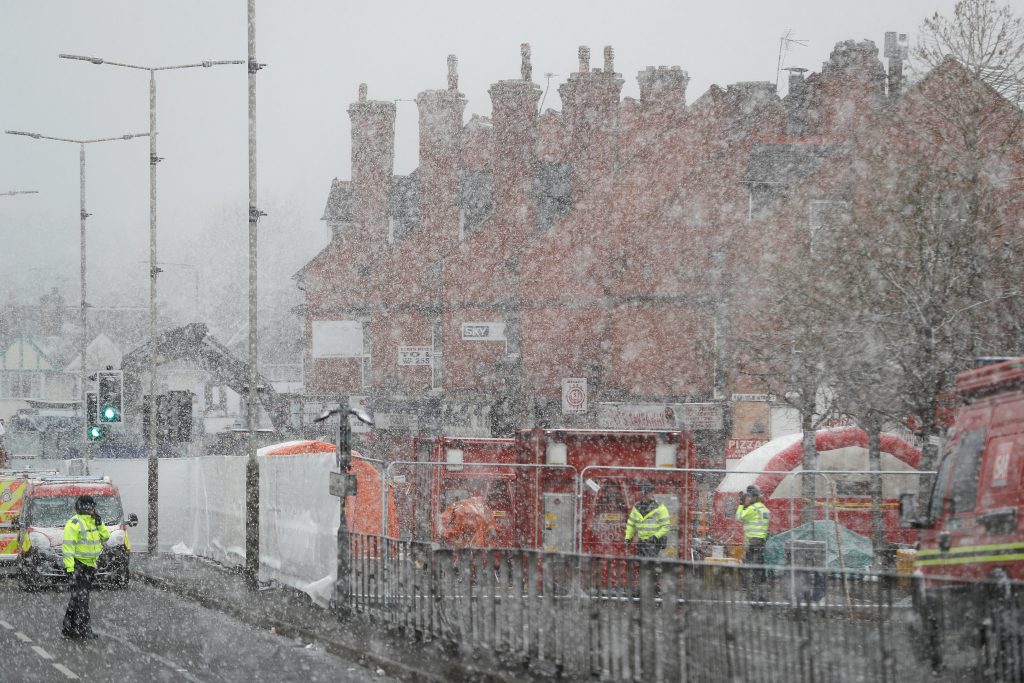 Five people have died of injuries from an explosion that caused the collapse of a building in the central England city of Leicester, 110 miles north of London.

A search and rescue operation continued for other possible victims of the Sunday night explosion that injured five more people.

Leicestershire Police Superintendent Shane O’Neill said the building where the explosion happened consisted of a shop and a two-story apartment above it.

The building collapsed after the explosion and was engulfed in flames. Police declared a major incident and evacuated neighbors as a precaution.

The cause has not yet been established. Police said they did not think terrorism was involved.

Matt Cane from Leicestershire Fire and Rescue Service said there were still “pockets of fire” in the basement of the building Monday.

“We have a significant number of specialist search and rescue teams who are supported by two search dogs,” Cane said. “It may be some days yet before we will be able to establish the probable cause of the explosion.”