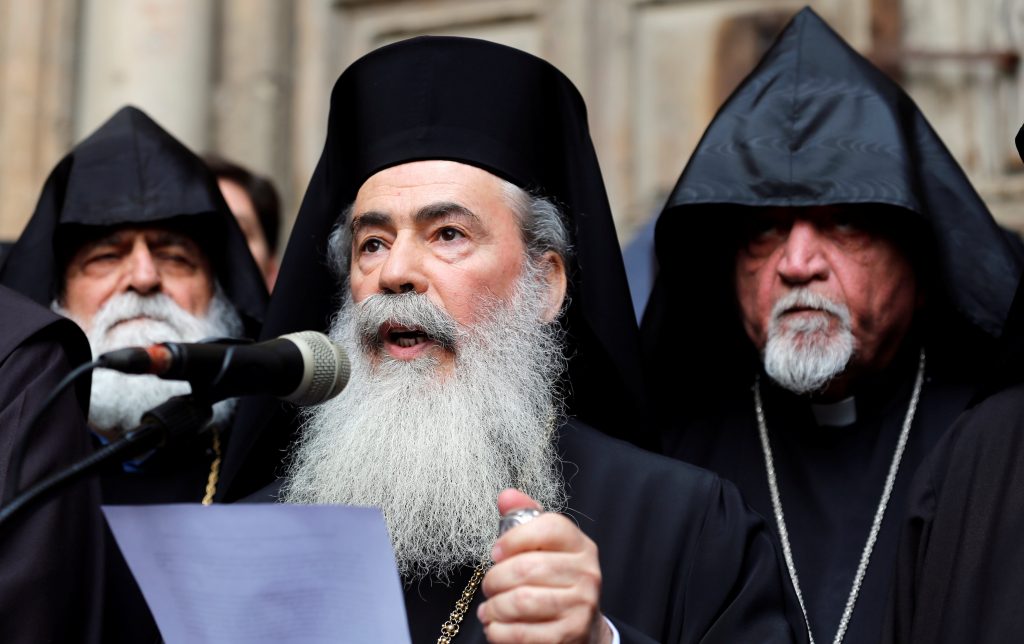 Church leaders in Yerushalayim shut one of their churches on Sunday in protest against a new Israeli tax policy and a proposed land expropriation law which they called an unprecedented attack on Christians in the Holy Land.

After the protest move, an Israeli cabinet committee delayed by a week its scheduled consideration on Sunday of a bill that would allow the state to expropriate land in Yerushalayim sold by churches to private real estate firms in recent years.

The stated aim of the bill is to protect homeowners against the possibility that private companies will not extend their leases of land on which their houses or apartments stand.

The churches are major property owners in the city. They say such a law would make it harder for them to find buyers for church-owned land — sales that help to cover operating costs of their religious institutions.

Rachel Azaria, the lawmaker who sponsored the legislation, said in a statement she agreed to delay the committee’s discussion by a week so that “we could work with the churches” to try to resolve the dispute.

The churches’ protest was also aimed at the recent cancellation by the Yerushalayim municipality of a tax exemption it has granted to church-owned commercial properties in the city.

Mayor Nir Barkat said on Twitter it was illogical to expect that church-owned commercial property, including hotels and retail businesses, would continue to enjoy tax-exempt status.

“Let me make it clear: we are not talking about houses of worship, who will still be exempt from property tax, according to law,” he wrote.

The municipality said it would continue to respect the needs of Yerushalayim’s non-Jewish residents and maintain their full freedom of worship. It said the church, just like other sacred sites in the city, is exempt from municipal property taxes and that will not change.

“However, hotels, halls and businesses cannot be exempt from municipal taxes simply because they are owned by the churches. These are not houses of worship,” it said in a statement. “We will no longer require Jerusalem’s residents to bear the burden of these huge sums.”