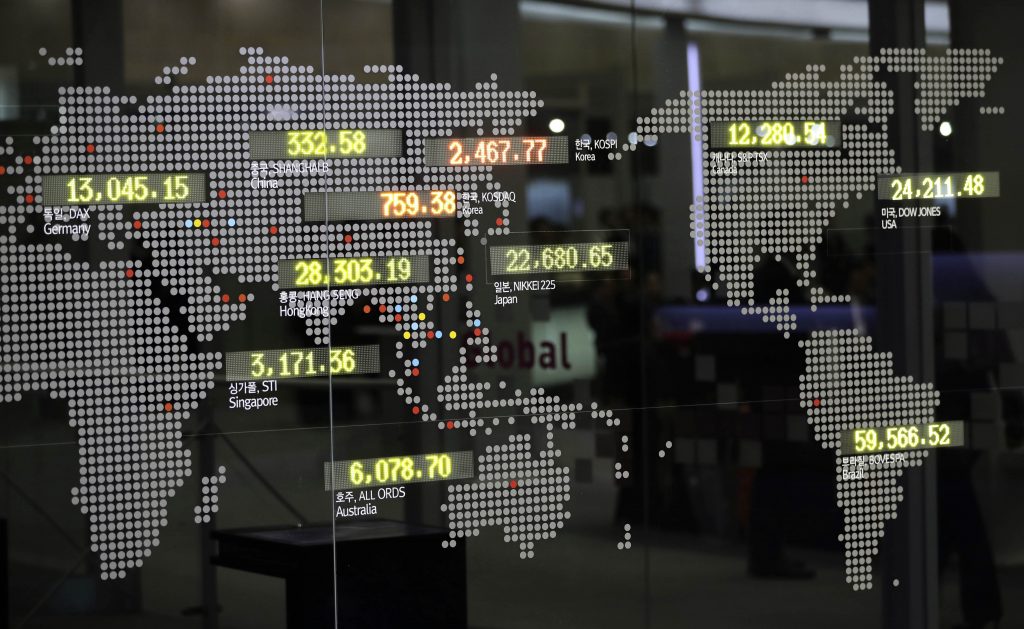 Shares rose broadly worldwide on Friday, with strong technology stocks and a retreat in Treasury yields lifting Wall Street, while gold had its biggest weekly loss this year as investors shrugged off concerns about interest rate hikes.

In its semiannual report to Congress released Friday, the Fed’s Washington-based Board of Governors looked past a recent stock market sell-off and inflation concerns, saying it sees steady growth continuing and no serious risks on the horizon that might pause its planned pace of rate hikes.

“Certainly bond yields pulling back today is helpful for stocks, at least for the short term; that has been the narrative that is out there – that higher bond yields are weighing on stocks,” said Willie Delwiche, investment strategist at Baird in Milwaukee.

“So moving away from that, for today at least, provides a bid for equities.”

Broader concerns have lingered globally over the last few weeks, including how far and fast U.S. interest rates may rise and what that would mean for global borrowing costs, risk appetite and business confidence.

The spotlight will be on new Fed Chair Jerome Powell next week when he faces questions from both houses of the U.S. Congress in semiannual testimony starting on Tuesday.

His audience will include investors who unceremoniously greeted his early tenure with one of the fastest 10.0 percent falls in Wall Street stocks in history this month.

The two companies, created from the split of Hewlett Packard Co in 2015, reported strong results and HPE announced a plan to return $7 billion to shareholders.

MSCI’s gauge of stocks across the globe gained 1.14 percent, with the pan-European FTSEurofirst 300 index rising 0.23 percent and emerging market stocks up 1.29 percent.

Gold’s spot market price dropped 0.2 percent to $1,328.97 an ounce. It shed about 1.4 percent this week, its biggest weekly decline since early December.

“We remain somewhat cautious on gold over the short term given that we think the dollar rally is still not over, especially in the light of U.S. Treasury yields remaining elevated,” said INTL FCStone analyst Edward Meir.

Oil prices rose to their highest in more than two weeks, supported by the shutdown of the El Feel oilfield in Libya and upbeat comments from Saudi Arabia that an OPEC-led effort to cut stockpiles is working.