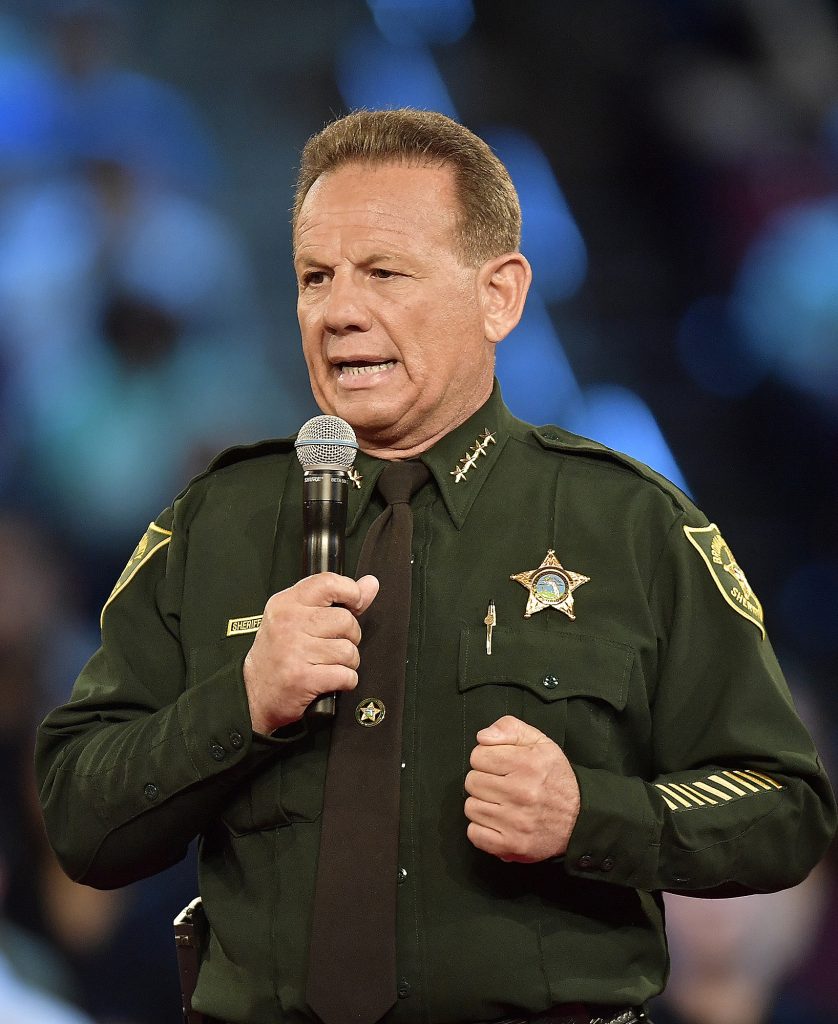 Florida Republicans increased pressure on Broward County’s elected sheriff Sunday, with dozens of state representatives calling on the governor to suspend Scott Israel from office. Meanwhile, the governor called on state law enforcement to investigate the local police response to the Feb. 14 school shootings in Parkland.

After the revelation that a Broward Sheriff’s Office deputy waited outside the building at Marjory Stoneman Douglas High School where Nikolas Cruz killed 17 people, Gov. Rick Scott called on the Florida Department of Law Enforcement Sunday to review how police handled the response to the shooting.

Israel said his office will “fully cooperate” with the state investigation.

Scott’s announcement followed a Sunday morning interview on CNN in which Israel said his agency’s own investigators are reviewing his office’s response, and acknowledged that three or four more deputies waited to rush into the school after arriving when reports of the shooting went out. He said only one deputy was on the scene while the shooting was active, and that deputy, Scot Peterson, resigned last week rather than be fired.

Israel, a Democrat, was defiant and dismissed calls for him to step down or be removed.

But those revelations and a sheriff’s office timeline that shows the agency had received tips that Cruz was a possible “school shooter in the making,” led dozens of state lawmakers to call for his suspension. Almost immediately after Scott announced the state investigation, state House Speaker Richard Corcoran released a letter signed by 73 House Republicans calling on the governor to suspend Israel.

Scott did not address calls for Israel’s removal.