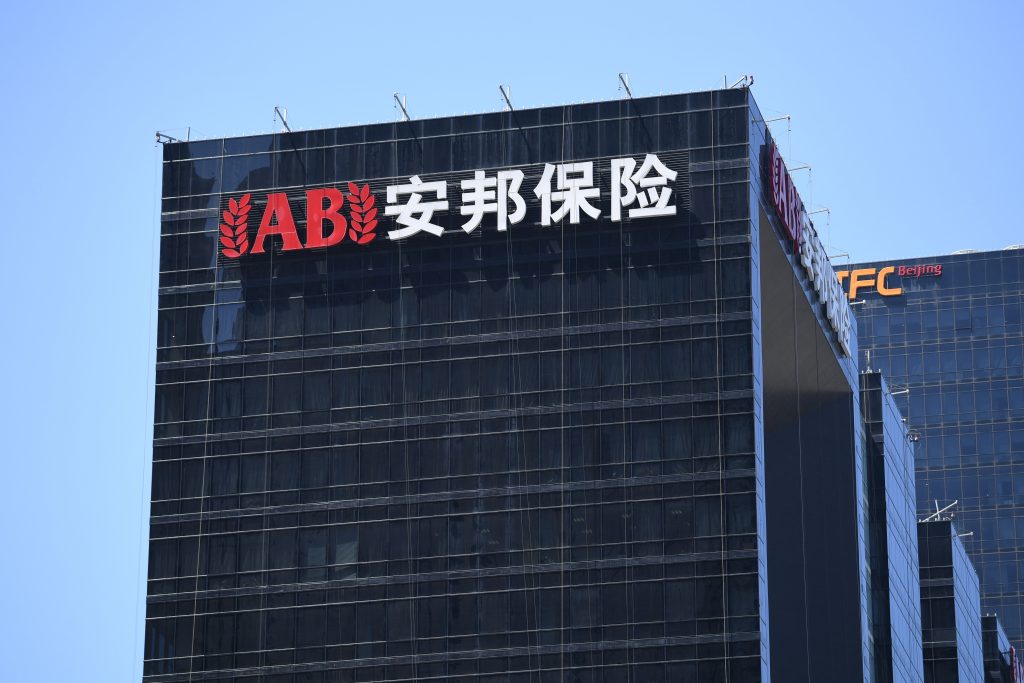 China’s insurance regulator said in a statement Friday that “there exist illegal operations at Anbang, posing threats to the company’s solvency.” The statement said a group of government agencies will take control of the company’s board and management for one year. Anbang’s chairman, Wu Xiaohui, has been indicted on suspicion of economic crimes, it said.

The government will eventually restructure Anbang’s shareholding and again make the company private, the statement said.

Authorities have chastened other Gray Rhino companies, which have struggled financially in recent months. HNA Group, which owns several airlines, a 25 percent stake of Hilton Worldwide and several tourism and logistics companies, has an estimated $90 billion in debt, and has sought to raise capital from its employees. Dalian Wanda, a real estate giant that owns AMC Cinemas, plans to sell its last two overseas property developments.

Mr. Wu was extraordinarily politically connected. He married a granddaughter of Deng Xiaoping, China’s leader in the 1980s. Yet experts say his problems may mean he’s fallen out of favor.

President Xi Jinping, in power since 2012, has tightened Communist Party control over private enterprises, to stabilize the financial system and crack down on capital flight.

Anbang’s office in Hong Kong did not reply to a request for comment.

Mr. Wu grew up in southeastern China’s Zhejiang province. According to a 2016 New York Times report, he worked as a car salesman and a low-level anti-smuggling official.

Anbang started in 2004 as an auto insurance company and moved into life insurance in 2010. It rapidly developed into a financial giant, with assets of about $300 billion. It is China’s second-largest insurer in terms of life insurance premiums, Bloomberg reported.

Anbang also owns the Westin St. Francis in San Francisco, the InterContinental Miami and insurance companies in Europe and Asia. It purchased the Waldorf Astoria for $1.95 billion in 2014.

Mr. Wu ran the company under a Byzantine ownership structure, making its true owners — and his own wealth — difficult to discern.

Before his fall, Mr. Wu had found a comfortable place among the global elite. He made deals with the private equity group Blackstone; last year, he was involved in failed talks with President Donald Trump’s son-in-law, Jared Kushner, over a property development in Manhattan.