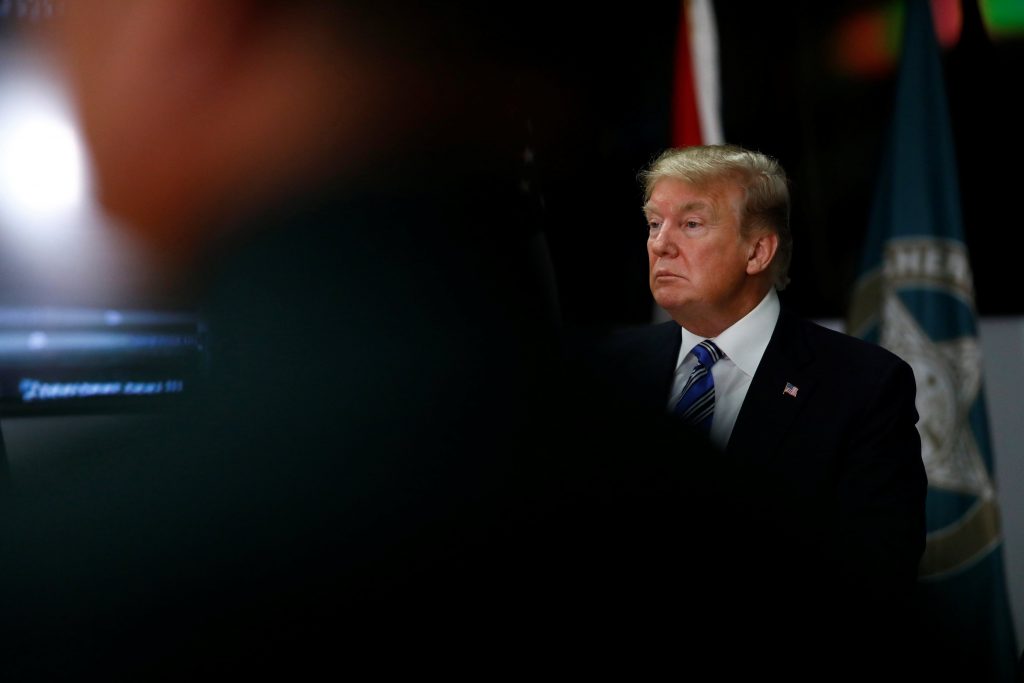 Once again, it was the images of children that propelled President Donald Trump to act.

Trump spent the first days after the Feb. 14 school shooting in Florida fixated on the grieving and anguished students and parents.

While at his Florida estate for the long weekend after the shooting, Trump studied the students’ appeals on cable news, listened to their accounts during a visit to a hospital and processed their words not just as a president but as the father of an 11-year-old.

The shooting made “no sense,” Trump has told aides privately, and said the White House had to do something.

A senior administration official, speaking on condition of anonymity to share private conversations, likened the president’s reaction to the Marjory Stoneman Douglas High School students to the impact Trump felt when he saw images of children’s listless bodies after a chemical attack in Syria last April.

Trump ordered airstrikes against the Syrian government. After the shooting in Parkland, Florida, that killed 17 people, Trump cast widely for answers. He even embraced some ideas at odds with his allies at the National Rifle Association.

One idea took root during a dinner last weekend at his Mar-a-Lago resort, where the president had put off playing golf for two days on the advice of aides who said golfing so soon after the shooting would be insensitive.

Media personality Geraldo Rivera, who dined with the president and his two oldest sons, Donald Trump Jr. and Eric Trump, arrived with a pitch: ban people under age 21 from buying assault-type weapons.

Trump took the idea “under advisement,” Rivera, a Fox contributor, wrote in an email. And as days passed by, consideration turned into full-blown support.

“The savagery of the wounds inflicted by the AR-15 shocked and distressed him,” Rivera said.

Before the weekend was over, Trump was weighing ideas from imposing new gun controls to arming school officials. He tapped into the thinking of family, aides and outside allies. As the days went on, his list kept growing.

That last notion was promoted by former House Speaker Newt Gingrich on Fox a program frequently watched by the president.

In a tweet Saturday, Trump suggested that arming teachers as a deterrent against school shootings is “Up to States” rather than Congress.

Much like the Trump presidency, this search for solutions has been an unscripted process playing out on live broadcasts and on Twitter.

“There’s a tremendous feeling that we want to get something done,” Trump said Thursday during a discussion with state and local officials. “And we’re leading that feeling, I hope.”

Throughout his meetings, Trump kept coming back to the students.

A week after the attack, he hosted an extraordinary and cathartic session with surviving students and grieving parents in the White House’s State Dining Room. The unscripted event unfolded as a broadcast national mourning session.

Heading into the event, aides were nervous about how it would go.

Trump, never a natural at emotional language, grasped for the right words.

He clutched in his hands a notecard listing numbered questions and talking points for the conversation.

Perhaps the powerful moment came when father Andrew Pollack stood, flanked by his sons, and offered an anguished appeal to Trump to fix this problem now — albeit too late to help his own daughter, Meadow.

“King David Cemetery, that is where I go to see my kid now,” Pollack said.

The moment stuck with Trump.

On Friday, he spoke of Meadow’s “beautiful, beautiful smile and a beautiful life so full of promise.”

“There are not enough tears in the world to express our sadness and anguish for her family and for every family that has lost a precious loved one,” he said.

The White House has yet to offer a complete plan to address school violence. But by week’s end, Trump felt like the discussion itself was evidence of progress.

“We’re well on the way to solving that horrible problem,” he said.