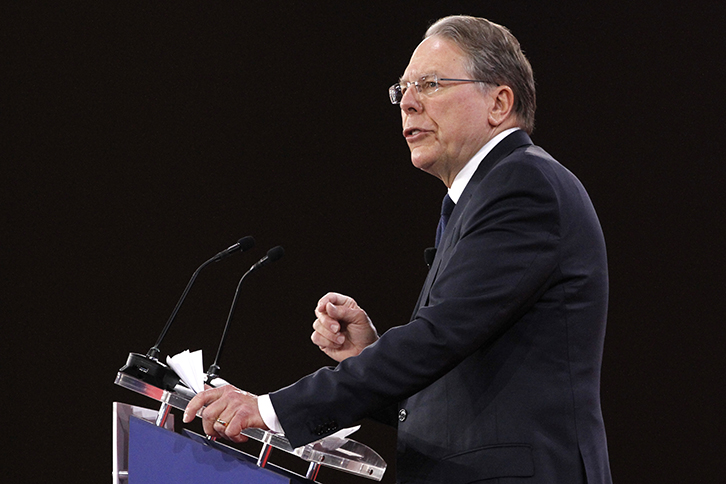 Leaders of the National Rifle Association are accusing gun control advocates of exploiting the deadly Florida school shooting, striking a defiant tone amid a renewed debate over guns and school safety.

NRA Executive Vice President Wayne LaPierre, in his first public comments since the shooting in Parkland, Florida, last week, said Thursday that NRA members mourn for the Florida victims, but at the same time he issued a searing indictment of gun control proponents for attempting to “exploit tragedy for political gain.”

“They hate the NRA. They hate the Second Amendment. They hate individual freedom,” LaPierre said at the Conservative Political Action Conference in Oxon Hill, Maryland, near the nation’s capital.

LaPierre addressed the conservative activists shortly before President Donald Trump held a listening session with state and local leaders on gun safety at the White House.

The president said he had spoken to NRA leaders and expressed optimism that the nation’s most prominent gun-owners’ organization would support his calls for raising the federal minimum age for buying or possessing certain weapons, enhancing background checks, addressing mental illness and banning the sale of bump stock devices.

NRA leaders did not address whether the federal government should raise the minimum age for young adults to buy weapons. A day earlier, the organization issued a statement saying it opposes raising the age limit.

“Evil walks among us and G-d help us if we don’t harden our schools and protect our kids,” LaPierre said. “The whole idea from some of our opponents that armed security makes us less safe is completely ridiculous.”

LaPierre said Democrats such as House minority leader Nancy Pelosi of California and Sen. Chris Murphy of Connecticut were eagerly blaming the NRA. He also assailed the FBI for failing to follow up on warnings about the school shooter.

The longtime face of the NRA was preceded on stage by the group’s spokeswoman, Dana Loesch, a prominent conservative radio host. She accused media outlets of focusing heavily on school shootings involving white and affluent neighborhoods instead of those occurring in inner cities.