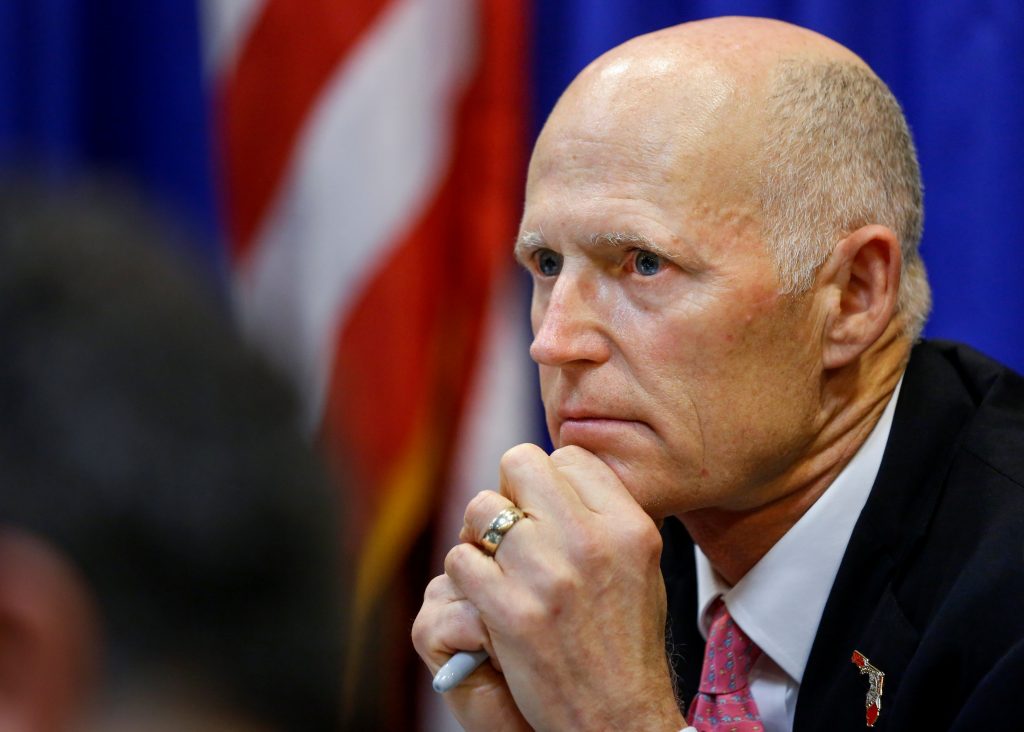 Florida Governor Rick Scott announced a proposal on Friday to increase restrictions on buying guns and to strengthen school safety measures after a gunman killed 17 people at a high school in the state last week.

Scott said he would work with state lawmakers during the next two weeks to raise the minimum age for buying any kind of gun in Florida to 21 years old, with some exceptions for younger military members and law-enforcement officers. Long guns, including the assault rifle used in the Feb. 14 attack, can currently be bought by people as young as 18.

The Republican governor also said he would change laws to make it “virtually impossible for anyone who has mental issues to use a gun.” Additionally, he wants to ban the sale of bump stocks, an accessory that transforms a semiautomatic rifle into a weapon able to fire hundreds of rounds a minute.

Scott, who has been endorsed by the National Rifle Association and has received its highest rating for supporting gun rights, called for a mandatory law-enforcement officer in every public school and for mandatory “active shooter training” for students and faculty.

Scott spoke as staff members were returning for the first time to Marjory Stoneman Douglas High School in Parkland.

“They’re looking to get back to be with their kids,” Broward County Public Schools Superintendent Robert Runcie told reporters. “They’re consoling each other.”

Some teachers slowly walked around looking at the piles of flowers and makeshift memorials to the victims. One woman who brought balloons to add to the memorials fell to her knees in tears.

Maintenance staff have used power washers to clean up the scene of the attack and have fixed broken windows, but the building where the shooting occurred will remain closed, Runcie said. He has proposed tearing the building down and creating a memorial.

Nikolas Cruz, a 19-year-old former student at the school, has been charged with 17 counts of premeditated murder. Authorities have said that Cruz was expelled last year for unspecified disciplinary problems.

The attack has inflamed the national debate about gun rights. Many of the student survivors of the massacre have since advocated for tougher gun-control laws, traveling to meet politicians in Tallahassee, the state capital, and U.S. President Donald Trump in the White House.

In remarks to reporters on Friday, Trump criticized the armed sheriff’s deputy assigned to the school. The deputy, Scot Peterson, resigned after an internal investigation found that he failed to go inside and confront the shooter, the Broward County sheriff said on Thursday.

“When it came time to get in there and do something, he didn’t have the courage or something happened,” Trump said. “But he certainly did a poor job. There’s no question about that.”

Broward Teachers Union President Anna Fusco said Scott’s plan to have at least one law-enforcement officer for every 1,000 students did not go far enough.

“There should be armed guards at every door,” said Jeannette Formica, 50, who has a teenage son who attends a middle school near Stoneman.