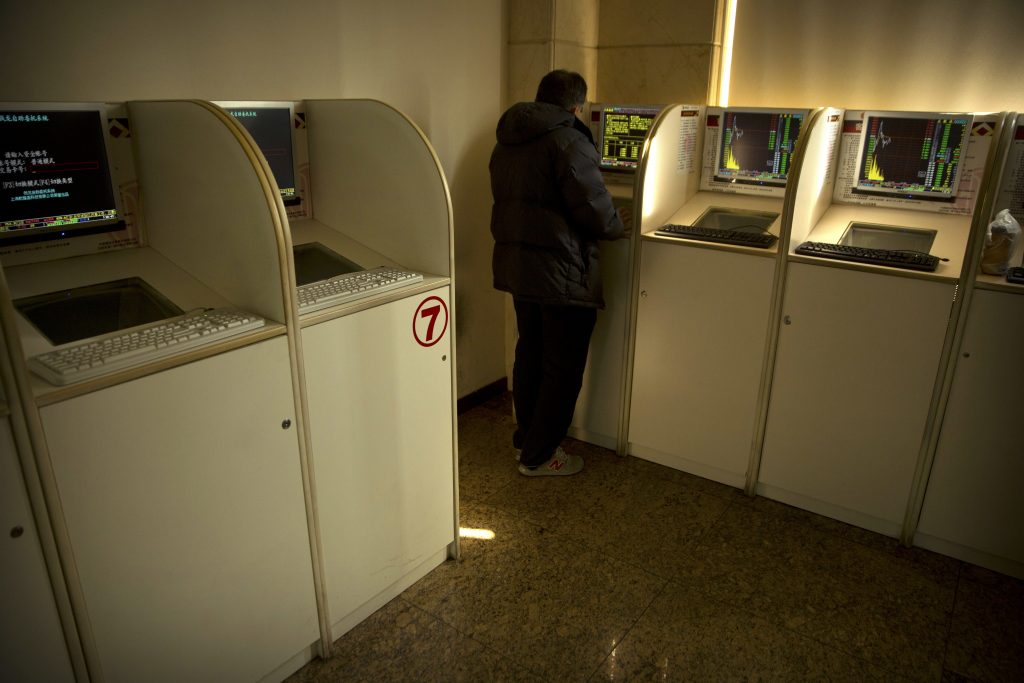 Asian shares rebounded on Friday as comments from a Federal Reserve official eased worries about faster rate rises in the United States, while the dollar ticked higher as investors dipped their toes back into riskier assets.

Indications were mixed for other global equity markets, with E-Mini futures for the S&P 500 up 0.3 percent but London’s FTSE futures slipping 0.2 percent.

Financial markets have fluctuated wildly this month as investors fretted about how fast the Fed might raise rates in the wake of data showing a pick-up in U.S. inflation.

Even though broader U.S. price pressures still appear modest for now, markets are fully pricing in three rate hikes this year, one more than was seen just a few months ago. Some analysts even expect four.

That in turn has stoked anxiety that many central banks will start to tighten policy and raise borrowing costs, hurting corporate earnings and clouding the outlook for what had been expected to be another solid year of global economic growth.

MSCI’s broadest index of Asia-Pacific shares outside Japan climbed 0.9 percent on Friday to add on to the previous week’s 3.9 percent gain.

It is still down more than 4 percent in February so far, however, after global equity markets were mauled at the start of the month by worries that inflation is picking up.

China’s SSE Composite index and the blue-chip CSI300 both pared early gains after the government seized control of acquisitive financial conglomerate Anbang Insurance, in a dramatic move that underscores Beijing’s intent to crackdown on financial risk.

The gains in Asia followed a sell-off Thursday after minutes of the Fed’s last meeting showed policy makers were confident about the economic outlook. That prompted some investors to boost the chance of faster rate hikes.

St. Louis Fed President James Bullard tried to tamp down expectations of four rate hikes in 2018, instead of the widely anticipated three, saying on Thursday that policymakers need to be careful not to increase rates too quickly because that could slow the economy.

The Fed had caused a so-called “taper tantrum” in May 2013 when it signaled it was time to stop pumping cash into the U.S. economy, a move that created havoc in financial markets, particularly Asia.

But analysts are more upbeat about the outlook for the region despite prospects of rising U.S. inflation and rates.

“Financial market volatility has not dented our constructive view on Asia’s growth outlook for this year,” said Khoon Goh Singapore-based Head of Research for ANZ. “Higher inflation and a larger fiscal deficit in the United States will likely see U.S. bond yields move higher, but improved fundamentals in Asia mean the region is better placed to weather this than in 2013.”

Analysts expect the market to be in a “holding pattern” ahead of a slew of important U.S. January activity data on Tuesday, followed by global surveys on manufacturing activity on Thursday.

The dollar was up 0.1 percent at 106.91 yen amid rapidly shifting views in U.S. monetary policy.

The yen, which tends to benefit during times of heightened volatility or uncertainty, rose almost 1 percent overnight.

Oil prices eased from two-week highs, as high U.S. crude exports outweighed lower crude inventories in the world’s biggest consumer of the fuel.  U.S. crude was off 3 cents at $62.74 per barrel and Brent eased 7 cent to $66.32.