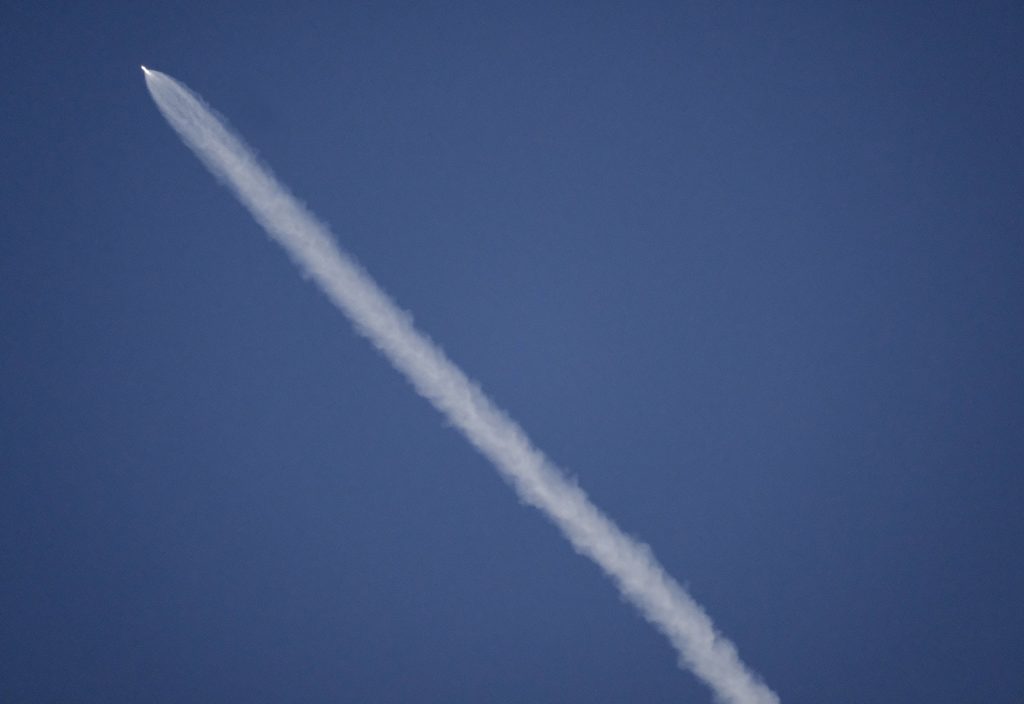 An Earth-observation satellite built for Spain was successfully launched into orbit from California at dawn Thursday, creating a brief light show as it arced over the Pacific Ocean west of Los Angeles.

A SpaceX Falcon 9 rocket, reusing a first stage that had flown on a previous launch, lifted off at 6:17 a.m. from Vandenberg Air Force Base.

Californians were hoping for a repeat of the spectacle that occurred during a Dec. 22 Falcon 9 launch during exceptionally clear twilight conditions, but this time the sky was much brighter, making the plume less brilliant.

The Falcon’s first stage was used to launch a satellite for Taiwan last August and was recovered by landing it on a drone ship in the Pacific. This time there was no effort to recover the first stage and it fell into the sea.

SpaceX, however, was attempting to recover the fairing — the aerodynamic covering that protects the satellite during the early phase of launch and is usually discarded after reaching altitudes where the atmosphere’s density is low.

SpaceX founder Elon Musk tweeted that the fairing system deployed a parafoil and there was an attempt to catch it during descent, presumably by an aircraft, but that failed.

“Missed by a few hundred meters, but fairing landed intact in water. Should be able catch it with slightly bigger chutes to slow down descent,” Musk tweeted. Recovering and reusing major pieces of rockets is one of Musk’s key strategies.

The rocket’s primary payload was a satellite named PAZ for Spanish satellite operator Hisdesat. It carries an advanced instrument for making radar images of Earth for government and commercial purposes, as well as sensors for tracking ships and weather.

The satellite was designed for a 5½-year mission, orbiting Earth 15 times each day at an altitude of 514 kilometers (319 miles), covering the entire planet every 24 hours. It joins two other radar satellites in the same orbit covering the same ground, increasing acquisition of data.