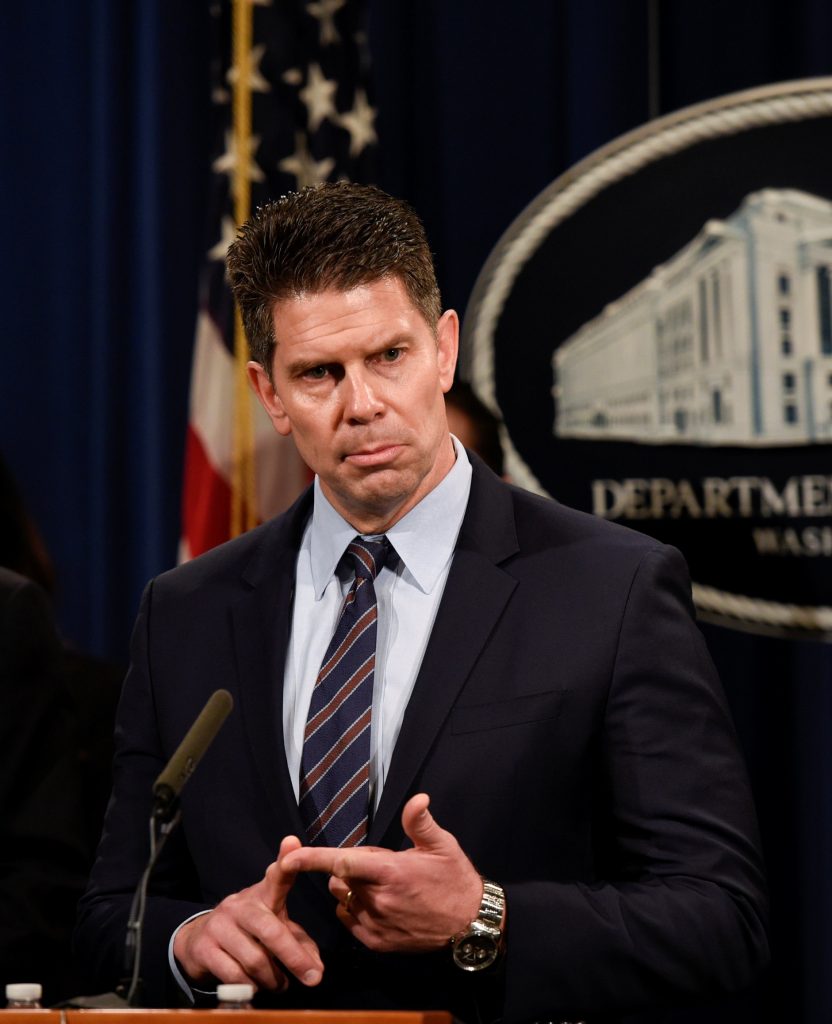 The No. 2 FBI official said Thursday that he personally visited the FBI’s call center this week as part of a review of how it fumbled a tip on the teen accused of carrying out a massacre at a high school in Parkland, Florida, as he addressed, in some detail, the mounting criticism the bureau is facing over its handling of the matter.

Acting Deputy Director David Bowdich, appearing at a Justice Department news conference about fraud perpetrated against the elderly, said that while he could not address specific people or organizations criticizing the bureau, he was deeply concerned about his agency’s public standing.

The night before, National Rifle Association spokeswoman Dana Loesch had asserted during a CNN Town Hall on gun violence that she was focusing her “condemnation” on the FBI officials who did not respond appropriately to warnings about the Parkland shooter. And soon before Bowdich spoke Thursday, NRA chief executive Wayne LaPierre had called the FBI’s leadership “rogue.”

The FBI had previously conceded that protocols were not followed when, in January, someone close to a teen named Nikolas Cruz called a bureau tip line to warn of Cruz’s “gun ownership, desire to kill people, erratic behavior and disturbing social media posts, as well as the potential of him conducting a school shooting.” The tip was reported to a supervisor in the bureau’s West Virginia call center, but it was never referred to agents in the field for further investigation as it should have been, officials have said. Cruz is accused of shooting and killing 17 people at Parkland’s Marjory Stoneman Douglas High School last week.

Separately, a Mississippi bail bondsman had tipped the FBI in September about a social media user with the screen name “nikolas cruz” who had commented on a video, “Im going to be a professional school shooter.” In that instance, the bureau said it could not connect the account to a person.

In the wake of the bureau’s admission about the January tip, Florida Gov. Rick Scott, a Republican, called for FBI Director Chrisopher Wray to resign, and President Donald Trump said the bureau’s handling of the matter was “not acceptable.”

“They are spending too much time trying to prove Russian collusion with the Trump campaign — there is no collusion. Get back to the basics and make us all proud!” Trump wrote on Twitter.

Bowdich said Thursday that he had visited the call center Monday with a team and sat in on some calls. He called the center “a professional operation” but added quickly, “Now let me be clear that there was a mistake made. We know that. But it is our job to make sure that we do everything in our power to ensure that does not happen again.”

Bowdich did not directly address a question about why, specifically, the tip on Cruz was not passed to agents in the field, though he hinted that those in the call center might have made a judgment error.

“People make judgments out on the streets every day. Every now and then, those judgments may not have been the best judgment based on the information they had at the time,” Bowdich said.

Last year, Bowdich said, the FBI took in about 765,000 calls — in addition to about 750,000 Internet tips — and 9 out of 10 did not produce leads that could be followed. He said the bureau was going back through its “holdings” to make sure it did not have any tips similar to the one on Cruz.

Asked about the idea the bureau was spending too much time on other cases — as Trump has suggested — Bowdich said, “There is always work out there that we’re trying our best to get to, but there are certain investigations that we have to immediately address because there is an immediate threat to the public.”