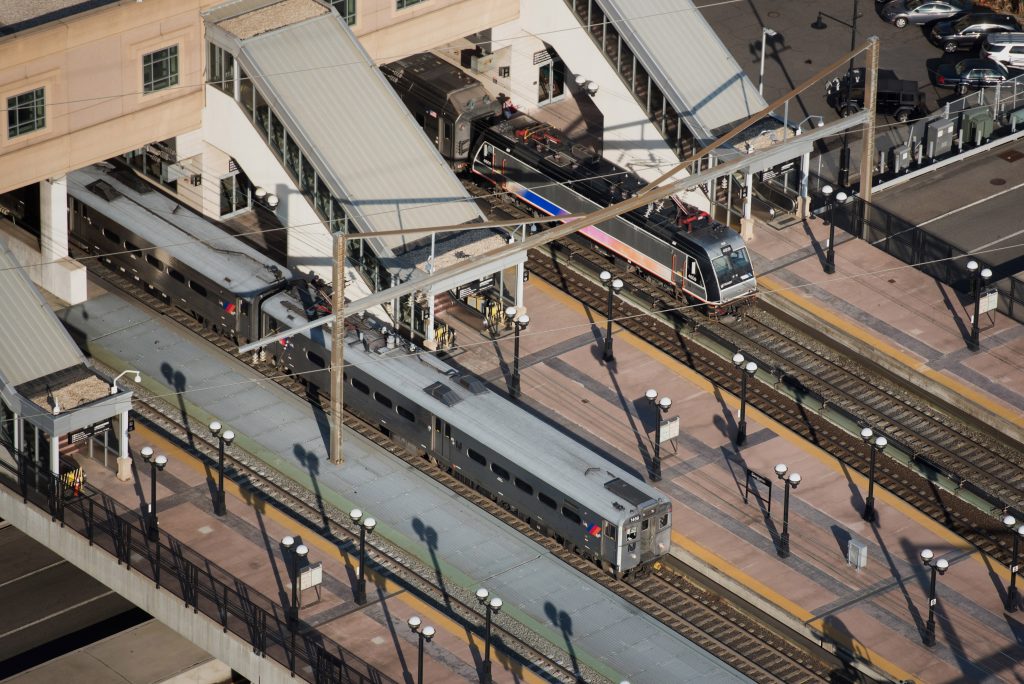 One engine was so defective it was declared unsafe, documents obtained under New Jersey’s Open Public Records Act show. In some cases, NJ Transit’s own checks failed to identify faults brought to light a day or two later by Federal Railroad Administration officials. One was a locomotive with seized air valves and misaligned foundation gear that compromised the braking system’s very core. Another had broken equipment that provides traction on slippery tracks.

While federal regulators regularly inspect railroads, safety failures at NJ Transit led them to conduct a deeper audit in 2016. Though the agency appears to have mostly resolved its findings, the inspectors last year tested NJ Transit equipment with unprecedented frequency, uncovering persistent defects that speak to years of budget starvation and routine risks for more than 300,000 daily riders.

“How do you claim it’s OK for service?” said Richard Beall, a retired railroad engineer and Miami-based train-accident consultant. “It needs to be gone over with a fine-tooth comb every day. If the FRA can find a missing brake clip, I can find a missing clip, too.”

From January to September 2017, federal inspectors filed 84 reports, almost equal to the prior three years combined. In 10 instances they recommended that NJ Transit, the leader for U.S. commuter-rail safety fines, pay unspecified penalties.

In Hoboken on Aug. 12, a locomotive and its four cars were found parked on Track 11 without full brakes applied. The engineer was “in Coach 6558 stretched out in the sleeping position with his personal cell phone on and in use,” according to the inspection report. He was “in no way ‘attending’ the equipment he was on.”

The Hoboken terminal was the scene of a crash on Sept. 29, 2016, that killed a woman on the platform and injured more than 100 passengers. Investigators determined that the accident was caused by an engineer’s sleep apnea. The locomotive’s event recorder had stopped working in July, the National Transportation Safety Board found, although data were recovered from another.

In 2017, eight recorders were in use beyond their mandated inspection deadlines, according to the FRA.

“If that lead locomotive is missing its event recorder, now you’re missing the most vital stuff on the train — bells, headlights on,” Beall said. “It’s fine to have another recorder on the train, but it’s not duplicative.”

“They’re our partner in this, not our punisher,” she said at a news conference in Trenton on Feb. 15. NJ Transit says it’s addressed many flaws identified by inspectors. The resting engineer in Hoboken wasn’t violating rules because he was on break, according to Snyder. Still, the episode was raised as a cause for concern by the railroad administration, which recommended a fine because all the train’s brakes weren’t applied.

Staff “has exceeded my expectations in their drive” to fine-tune a safety program in Hoboken, Inspector Douglas E. Johnson wrote on June 28.

“Detailed instructions have been given to crews and the issue has been resolved,” Snyder said. No more seat checks have been found stashed in the panels, she said.

In a Morrisville, Pennsylvania, yard on March 13, Locomotive 6044 was “not in proper condition and safe to operate,” with complete air-brake reservoir failure. An inspector that day documented 24 defects on 14 vehicles, including missing exit signs and emergency glow-in-the-dark evacuation routes, wheel disc pads that lacked retaining clips and seized air-brake cocks.

Snyder wrote in an email that “all these components/parts are routinely replaced as they get damaged from wear and tear.”

Elsewhere, electrical grounding was non-existent on 23 cars, and 60 had suspension problems. Nine locomotives were in use beyond their mandated inspection dates. Eleven had either reduced or no capacity to spread slip-reducing grit on rails.

Democratic Governor Phil Murphy, who took office Jan. 16, has pledged to turn around a model operation that he said became “a national disgrace.” Under his predecessor, two-term Republican Chris Christie, NJ Transit’s annual state subsidy was cut as much as 90 percent, and $3.44 billion of its capital budget was diverted to cover daily expenses.

“If you use capital funds for day-to-day operations, it’s a snowball-type of effect, and it will be severe,” said Robert Halstead, a Syracuse, New York, accident analyst who investigated the Hoboken crash. “You’ve got to spend money, or the tougher it gets to ever get back on top. Some railroads never do.”

Despite a December 2018 federal deadline to install emergency-braking technology, software bugs led the agency to suspend installations on 400 locomotives. The sole rail link to Manhattan, a century-old Amtrak tunnel beneath the Hudson River, is crumbling and President Donald Trump has balked at a federal cost-share to construct a second crossing.

NJ Transit has the nation’s second-highest number of train breakdowns, and operates a fleet that includes 50-year-old locomotives and more than 300 passenger cars built in the 1970s and 1980s. In 2017, inspectors repeatedly cited missing or broken latches that allowed heavy cabinet doors to swing free. One car’s bathroom door was secured with duct tape.

“It is taking us longer to get parts,” Robert Lavell, the NJ Transit rail operations director who’s retiring in March, told lawmakers last month. In earlier testimony before that committee, which is investigating the railroad’s finances and slipping service, NJ Transit management said it was short-staffed throughout the system.

On Feb. 15, a week after Bloomberg obtained the inspection reports, Murphy told reporters that NJ Transit is meeting with suppliers to get more inventory and hiring technicians to step up repairs and inspections.

“The thousands of rank-and-file workers who show up every day at NJ Transit, some of whom are with us today, are not to blame,” Murphy said at the Trenton rail station. “In many ways they are the ones who have kept this system running and safe in the absence of real leadership and vision.”