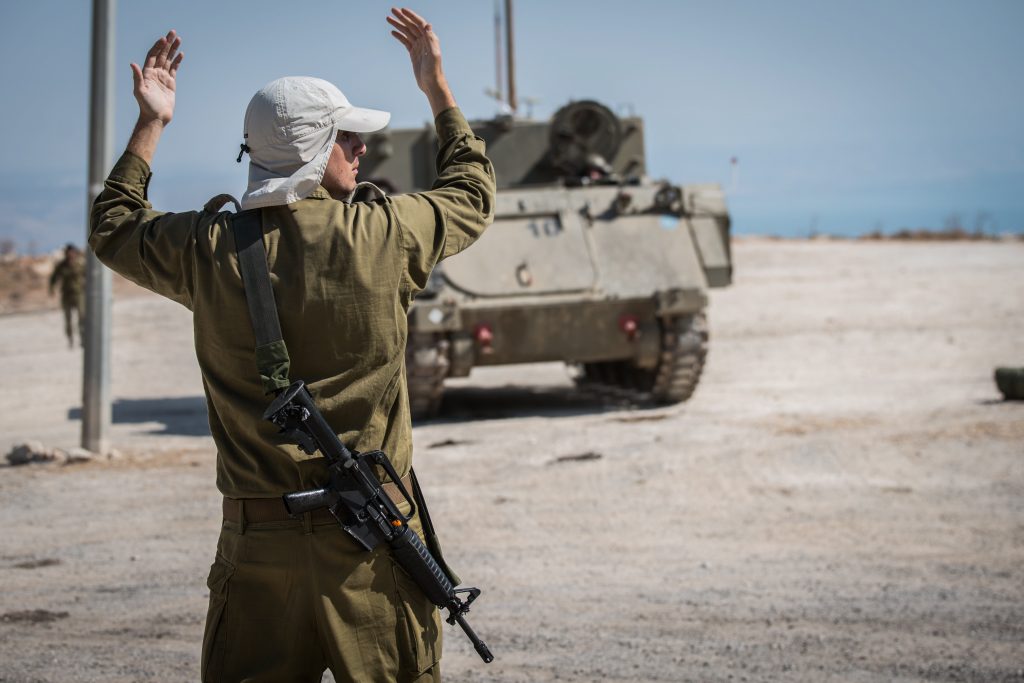 Amid serious tensions on the northern borders, the IDF has conducted exercises involving a simulated callup of reserves and operational drills, The Times of Israel reported on Thursday.

The IDF Galil Division completed the large-scale exercises on Thursday that are aimed at increasing readiness for a potential rapidly unfolding war situation in Lebanon, the army said.

“Conscripted soldiers, along with reservists, took part in the exercise. They practiced a rapid call-up of reservists, as well as operational capabilities and readiness to fight in Lebanese terrain,” an IDF spokesperson said.

In addition, the army’s 188th Armored Brigade conducted its own, separate exercise in northern Israel, along with troops from combat engineering, infantry and artillery.

“The brigade exercises were held as part of the enhanced 2018 training program. Their purpose is to prepare combat soldiers and their commanders for any scenario, and to enhance their readiness and capabilities for real-time threats,” the army said.

The commander of the 188th Brigade, Col. Gal Shochami, stressed the importance of the exercise as conflict could break out at any time.

“We must remember the meaning of the command, ‘War tomorrow,’ which tells us that any training situation may be the last before the real test of our abilities: the battlefield,” Shochami said.

“The 188th Brigade will be ready to fight on the battlefield, whenever, and wherever it will be required,” he said.

The Israeli military was strongly criticized after the 2006 Second Lebanon War against Hezbollah for unpreparedness, sending soldiers into Lebanon without proper training or supplies.

In the intervening 12 years, the army has tried to repair that situation, building special facilities that simulate southern Lebanese terrain and investing considerably more resources in training exercises for reservists.