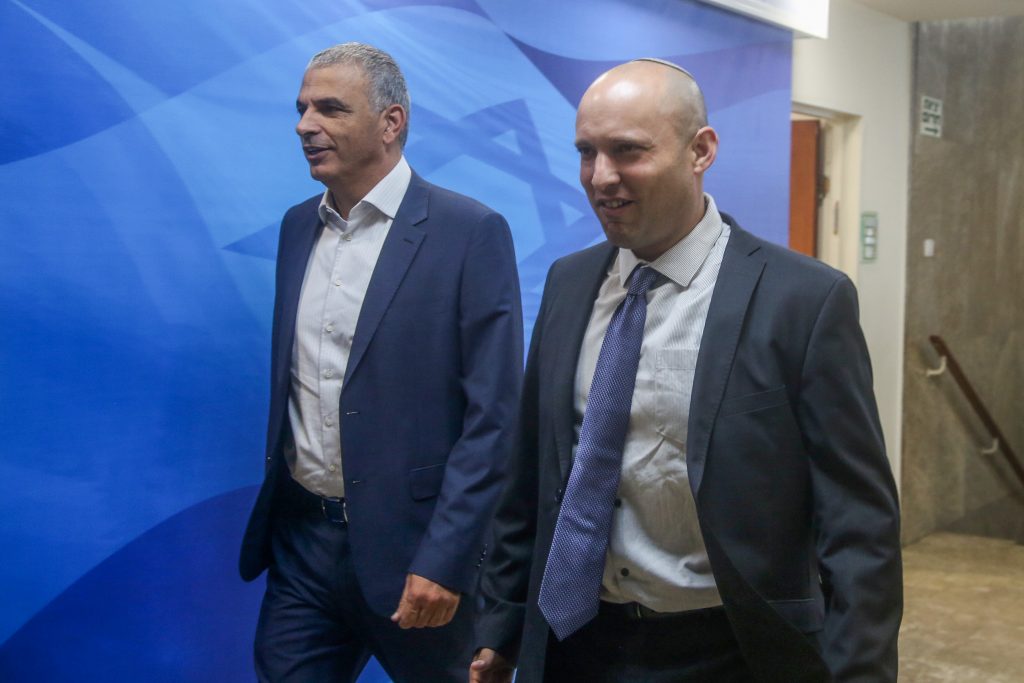 Jewish Home and Kulanu will remain in the coalition, respective party leaders Naftali Bennett and Moshe Kahlon both said. Sources in both parties told Yediot Acharonot that the two “give their full support and backing to Prime Minister Binyamin Netanyahu that they will not walk out of the coalition and end the current government. They do not want to force elections over the current situation, nor will they allow Netanyahu to advance elections.”

That latter comment was engendered by a report in Yisrael Hayom that Netanyahu was considering early elections. “Many in the political establishment believe that Netanyahu will not quit over the investigations that are going on against him, but will seek a new mandate from Israelis in the wake of the current situation. The fact that the polls show that the Likud continues to remain popular is a factor in this decision. Politicians are divided over whether Netanyahu is likely to do this now, or when the State Attorney makes a decision on whether or not to indict him.” The report said that if Netanyahu does opt for elections, he will focus on the “media persecution” he has faced as a central tenet of his campaign. The report said that if Netanyahu tries to push for early elections, Jewish Home and Kulanu would oppose the move.

Both Bennett and Kahlon have publicly backed Netanyahu. On Wednesday, Kahlon reiterated that support, after it was announced that former Communications Ministry Director General Shlomo Filber had signed an agreement with the state to testify against Netanyahu. “For now I am not changing my mind, and will remain in the coalition,” he told Kulanu MKs at a meeting Wednesday. On Thursday Bennett said that “we are continuing on as usual. As far as I can tell the prime minister is doing his job, and the investigations have not affected his ability to run the country. We hope that he will emerge from the situation without a moral or criminal stain, for his sake and the sake of the country.”

On Tuesday, Zionist Camp chairperson Avi Gabay called on party members to be prepared for elections. In a letter to party activists and Knesset members, Gabay said that “the events of the past two days and recent hours make it clear that the era of Netanyahu is over. We need to be ready for the upcoming elections.” Netanyahu, he said, had “built a criminal house of cards that corrupted national service, harmed the rule of law, threatened freedom of the press, and worst of all, divided Israeli society. It is all tumbling down around him. The prime minister, whose top advisers are turning state’s evidence, needs to resign immediately. I believe that other members of the coalition will realize this in the coming days,” Gabay said in the letter.