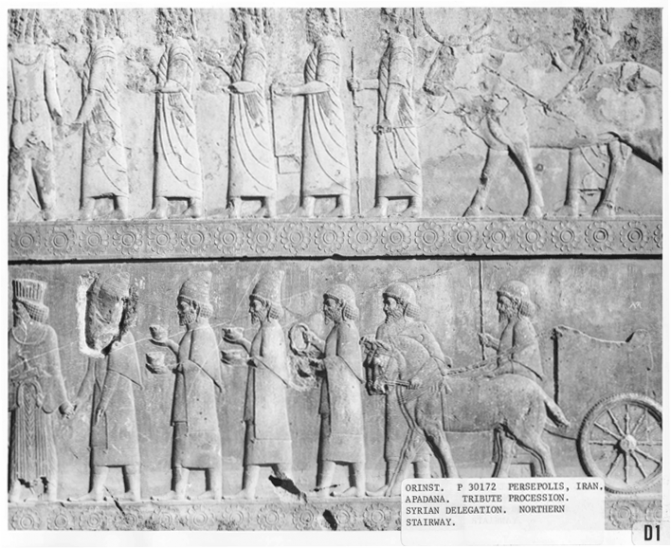 The Supreme Court is preventing survivors of a 1997 terrorist attack from seizing Persian artifacts at a Chicago museum to help pay a $71.5 million default judgment against Iran.

The court ruled 8-0 Wednesday against U.S. victims of a Yerushalayim suicide bombing who wanted to lay claim to artifacts that were lent by Iran to the University of Chicago’s Oriental Institute more than 80 years ago. Their attempt was an effort to collect on an earlier court ruling saying that they were entitled to damages from Iran as the state sponsor of Hamas, which carried out the attack.

Asher Perlin, an attorney who represented Jenny Rubin and eight other petitioners before the Justices in December, expressed his disappointment over the ruling.

“This was a difficult loss for my clients, who have been waiting for justice for more than 20 years since the Iran-sponsored terrorist attack that shattered their lives,” he told Hamodia.

Justice Sonia Sotomayor wrote for the court that a provision of the Foreign Sovereign Immunities Act (FSIA) does not support the victims’ case. That federal law generally protects foreign countries’ property from legal judgments in the United States, but makes exceptions when countries provide support to terrorist groups. The U.S. government had expressed sympathy for the plaintiffs’ cause, but argued that allowing them to collect from Iran by means of the artifacts would prove a hindrance to foreign relations.

The court’s opinion reasoned that the plaintiff’s attempt to seize property that was never used for commercial means necessitated too broad a reading of Congress’ act.

“Out of respect for the delicate balance that Congress struck in enacting the FSIA, we decline to read into the statute a blanket abrogation of attachment and execution immunity…absent a clearer indication of Congress’ intent,” said the opinion.

The court held that the Congress’ terrorist exception is well-defined and does not cover types of property not explicitly exempted from FSIA’s protections in other sections of the law, contrary to what Mrs. Rubin and other victims had argued.

“Petitioners have not directed us to any evidence that supports their position that [the law] was intended to divest all property of a foreign state or its agencies or instrumentalities of immunity,” said the court. “Throughout the FSIA, special avenues of relief to victims of terrorism exist, even absent a nexus to commercial activity. Where the FSIA goes so far as to divest a foreign state or property of immunity in relation to terrorism related judgments, however, it does so expressly.”

“We disagree with the Court’s decision,” he said. “Congress has repeatedly expanded the remedies of American terrorism victims. Just last year, Congress passed the Justice Against Sponsors of Terrorism Act in which Congress explicitly stated that terrorism victims are to be afforded the broadest possible relief against anyone, including foreign states that support terrorism.”

The victims, who were wounded in the attack or are close relatives of the wounded, argued that Iran provided training and support to Hamas. Iran has refused to pay the court judgment, leading the plaintiffs to attempt to seize Iranian property already in the United States.

“The Court had a rare opportunity to hold Iran’s feet to the fire and compel it to pay a U.S. judgment. We regret that the Court let that opportunity slip away,” said Mr. Perlin.

The federal appeals court in Chicago had earlier ruled against the victims. The Supreme Court affirmed that ruling Wednesday.

The artifacts in question are 30,000 clay tablets and fragments containing ancient writings known as the Persepolis Collection. University archaeologists uncovered the artifacts during excavation of the old city of Persepolis in the 1930s. The collection has been on loan to the university’s Oriental Institute since 1937 for research, translation and cataloging.

Justice Elena Kagan did not take part in the case, presumably due to involvement with the matter during her tenure as solicitor general during the Obama administration.

The case is one of many attempts to drain Palestinian terror groups of funding through the U.S. legal system. Earlier this term, the court heard arguments in Jenser v. Arab Bank, which also pits terror victims against an international entity accused of taking a role in the funding of Hamas and other similar groups. A decision has not yet been rendered in that case.

“The Court’s narrow construction of the statute severely restricts the range of Iranian assets that are subject to execution of judgments,” he said. “Now, plaintiffs must prove not only that an asset belongs to Iran or an entity owned by Iran, they also must prove that the property is being actively used for commercial activity in the United States. That’s a near impossibility, because Iran is prohibited from engaging in commercial activity in the United States. Essentially, the Court turned this remedial statute into a dead letter.”

The Associated Press contributed to this report