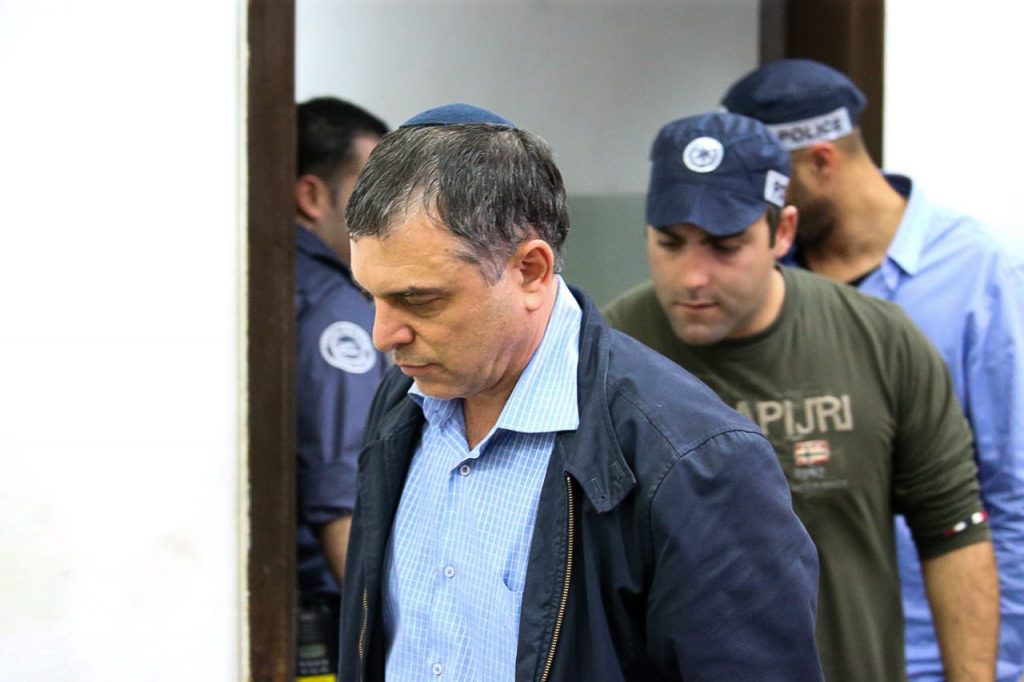 In exchange for agreeing to turn state’s witness against Israeli Prime Minister Binyamin Netanyahu in the Bezeq corruption investigation, Shlomo Filber will not be subject to criminal prosecution, according to media reports on Wednesday.

Filber, a former director-general of the Communications Ministry and longtime confidant of PM Netanyahu, for testifying to his role as a go-between for a bribery offer, will instead plead guilty to the lesser charge of conduct unbecoming of a public official. He will face a disciplinary hearing by the Civil Service Commission and will accept a lifetime ban from any future employment in the civil service, Hadashot news reported.

Filber told police investigators that he was “manipulated,” but denied ever giving or receiving bribes, according to Ynet.

He reportedly told investigators that Netanyahu ordered him to hand classified documents to Bezeq, and had no knowledge of anything illicit, nor had he ever received any benefits for his role.

It was only after his arrest on Sunday morning by Lahav 433 detectives and charged with taking part in bribery that he realized there might have been anything illegal in the errand he was asked to perform.

Filber trusted Netanyahu completely, whom he had previously described as “a great leader” and “a genius.”

“I thought I was in one scenario, but it turned out to be another, and that someone was playing over my head,” he said.

PM Netanyahu has vehemently denied that there is any basis to the allegations.