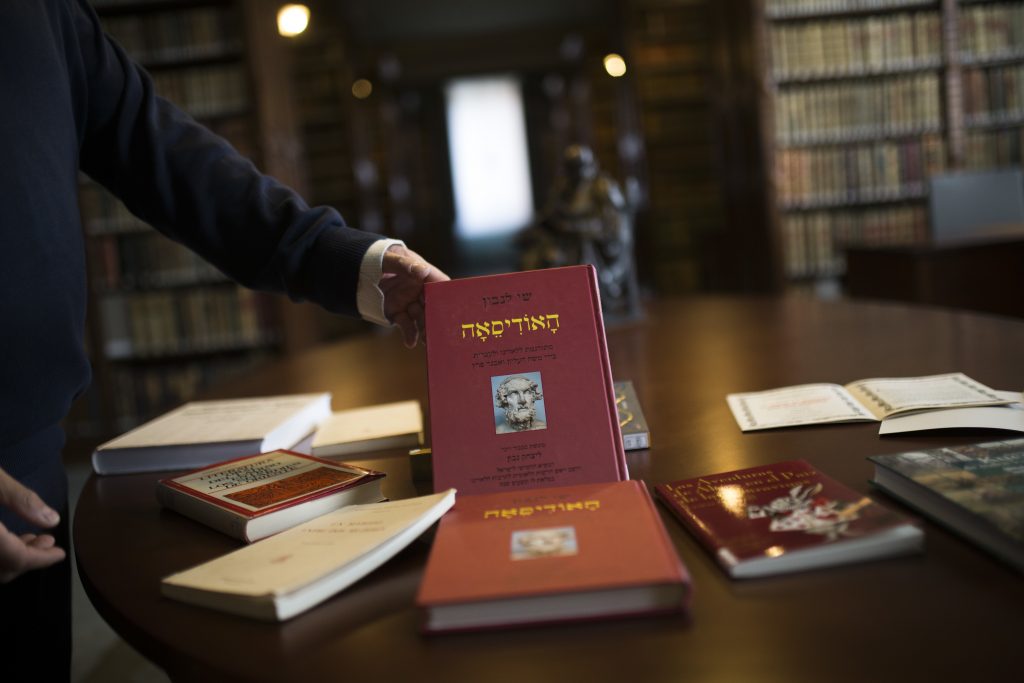 Ladino, a language still spoken by the descendants of Jews expelled from Spain 500 years ago is getting a helping hand from the Spanish Royal Academy to keep it alive.

Ladino, a language taken abroad by Spanish Jews expelled from Spain in the late 15th century, uniquely preserves many elements of medieval Spanish, but some fear it is dying out.

The Spanish Royal Academy has given it a lift by taking a first step toward creating a distinct academy for Ladino that will nurture the archaic language.

“I feel this is a very important moment, a historic moment,” said Tamar Alexander-Frizer, president of the Autoridad Nasionala del Ladino i su Kultura (National Authority of Ladino and its Culture), established by Israel in 1996 to support and foster the language.

Alexander-Frizer spoke Tuesday at the Madrid headquarters of the Spanish Royal Academy, where Ladino experts signed an agreement to set up a new institution that will become part of the 23-member Association of Spanish Language Academies.

Sephardic Jews is the term commonly used for those who once lived in the Iberian peninsula. They fled to other countries in Europe, the Middle East, Africa and Latin America. The largest community is in Israel.

Granting Ladino the distinction of its own academy and locking it into an international support network aims to secure its future.

Only a few thousand people are thought to still speak the language fluently. At least 250,000 people in Israel are believed to have some knowledge of Ladino, according to Shmuel Refael Vivante of the National Authority of Ladino and its Culture. But outside Israel, the number is “a mystery,” he says.

UNESCO, the U.N.’s educational, scientific and cultural agency, classifies Ladino as a language that is “severely endangered.”

Jacobo Sefami, a Sephardi born in Mexico and now a professor at the University of California, Irvine, is pessimistic. “The truth is that no children are speaking it anymore and its progress toward extinction seems irreversible,” he wrote in an email to the Associated Press.

Others, like Maria Cherro de Azar, a specialist at the Buenos Aires-based Center for the Research and Spread of Sephardic Culture, are less gloomy. “There has been talk of the language dying for more than 100 years,” she said by telephone.