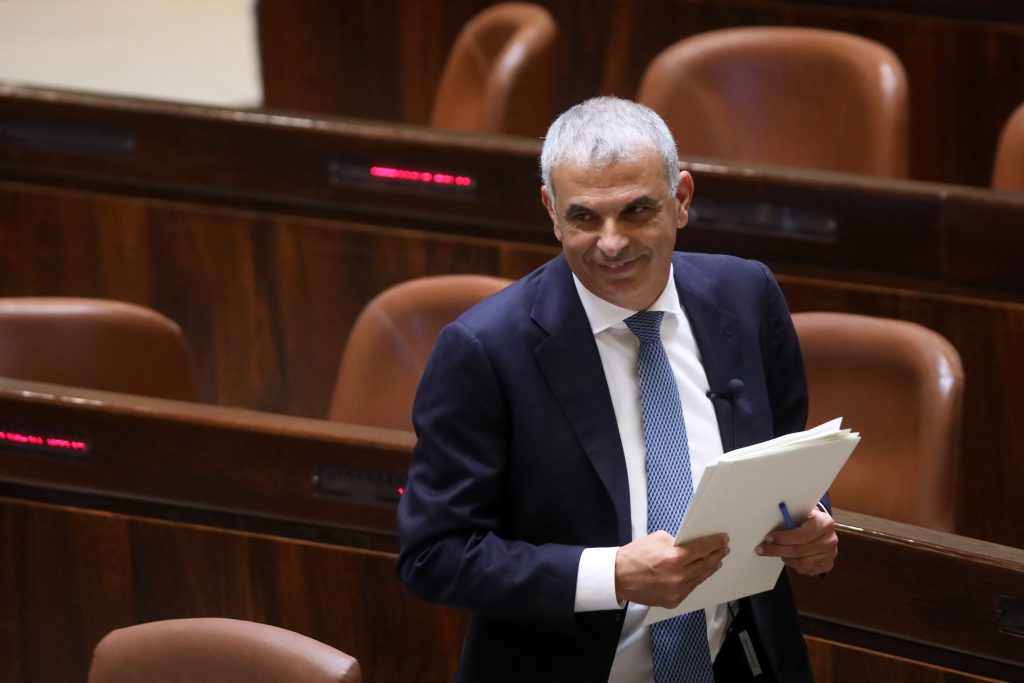 Meetings between Israeli and Palestinian officials in recent days despite a diplomatic freeze have achieved results in the form of increased permits for Palestinians to work in Israel, Globes reported on Wednesday.

Israel has agreed to raise the number of work permits by 20,000, according to sources. This would bring the total number to 100,000.

The agreement was the outcome of talks between Minister of Finance Moshe Kahlon and Palestinian Prime Minister Rami Hamdallah and their aides. The outcome helps to consolidate Kahlon’s role in the government as the chief link to the Palestinians, and not exclusively in economic affairs, according to the report.

Kahlon’s office said that he had called on the Palestinians to resume diplomatic negotiations with Israel under the auspices of U.S. envoy Jason Greenblatt, terming the U.S. the only “fair mediator” in the region.

Hamdallah’s reaction to the overture was not reported. However, his office did confirm that their discussions had ranged beyond economic concerns to such sensitive issues as the proposal in the Knesset to deduct money granted to terrorists and their families from the money it transfers to the PA.

These grants amount to an estimated 1.1 billion shekels a year, over 8 percent of the PA’s annual budget. Hamdallah warned that a reduction like that would have grave political and economic consequences.

Indeed, it is difficult to separate purely economic concerns from political and military ones. When discussion turned to Gaza, the Palestinians reportedly warned of devastating economic and social consequences from another military conflict.

“The residents will be unable to bear the consequences of another military operation,” they said. At the same time, Israel and the PA representatives agreed that Hamas’s rule is an impediment to the reconstruction of the area and that it’s overthrow would make progress possible.

On the more technical side, Israeli officials agreed to help the Palestinians prepare for an audit by the International Monetary Fund (IMF), a precursor to receiving aid. The IMF is demanding far-reaching economic reforms and full transparency from the PA as a condition for receiving aid.

In contrast to the complete disconnect between Israeli Prime Minister Binyamin Netanyahu and Palestinian Authority President Mahmoud Abbas, the Kahlon-Ramdallah connection is flourishing. One of the participants in Tuesday’s meeting between between Kahlon and Ramdallah said, “The atmosphere was more than positive.” The meeting also received prominent coverage in the Palestinian media.