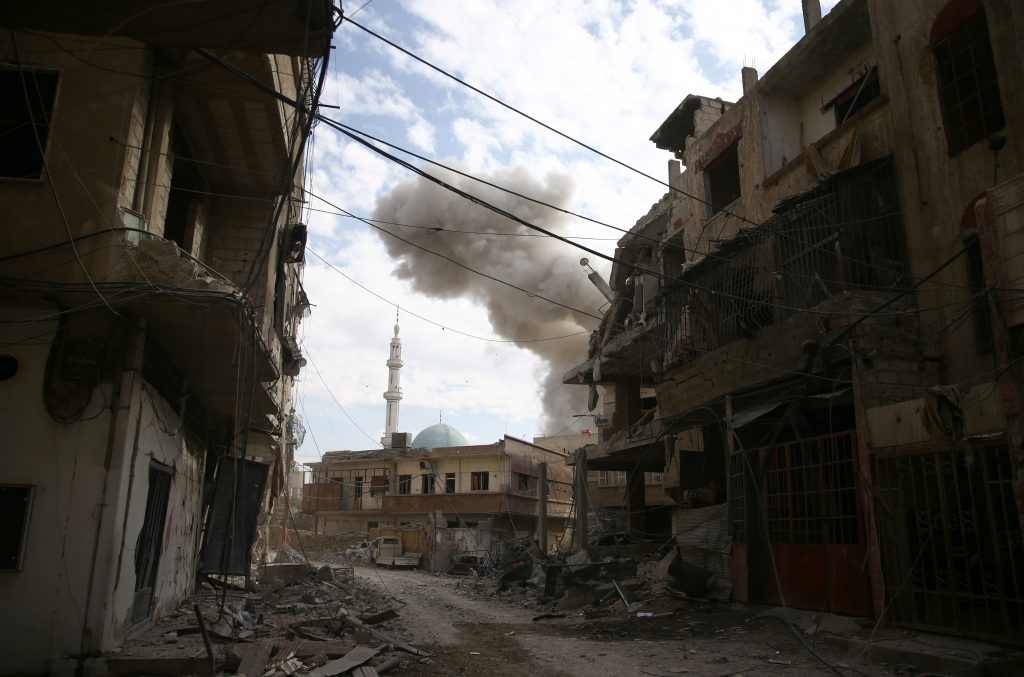 The Kremlin denied Wednesday Western allegations the Russian Air Force was responsible for civilian deaths in the rebel-held district of eastern Ghouta outside the Syrian capital of Damascus.

Pro-government forces pounded eastern Ghouta on Tuesday, in a surge of violence that a war monitor said had killed at least 250 people since Sunday night.

Russia has been providing air support for the Syrian army since Moscow intervened to help President Bashar al-Assad’s side in 2015.

“These are groundless accusations, we don’t know what they are based on,” Kremlin spokesman Dmitry Peskov said, when asked about Western assertions that Russia was to blame for some of the deaths in eastern Ghouta.

“They (the allegations) are not backed up with any specific information. We do not agree with them,” Peskov said in a conference call with reporters.