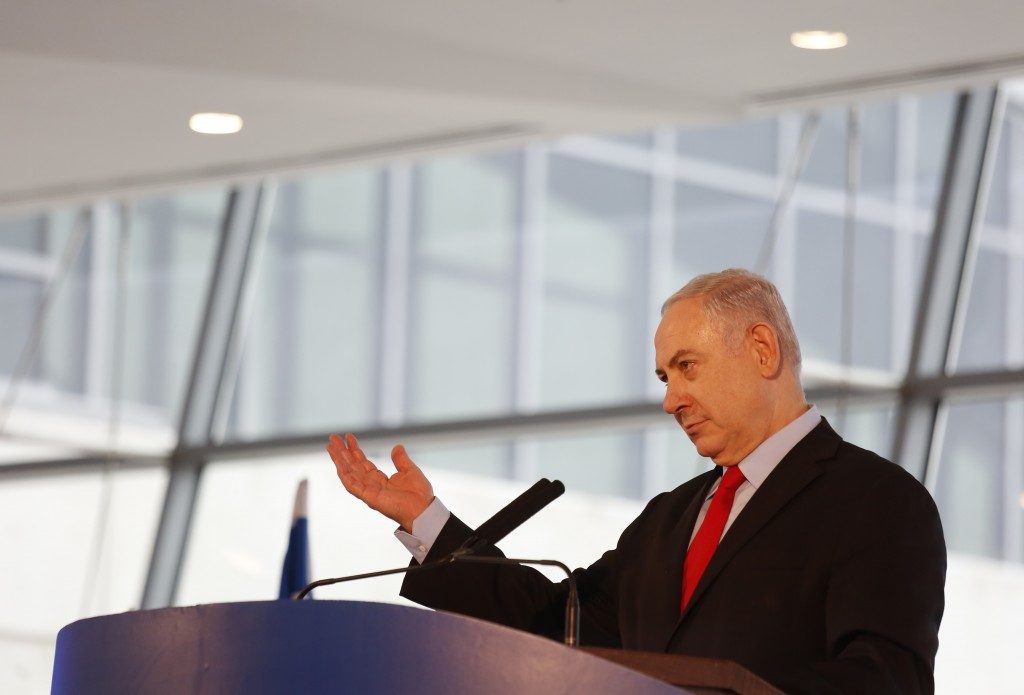 The story of Binyamin Netanyahu’s rise to power as Israel’s prime minister spans both Israel and the United States. His father, Professor Bentzion Milikovsky, a descendent of the Gr”a, emigrated from Israel in order to teach pedagogy at Cornell University.

His sons, Yoni and Bibi learned from the American mentality, but remained Israeli. They came to Israel to do their army service and to take part in the military campaigns of the Six-Day War and the Yom Kippur War, while at the same time, continuing their studies in America.

Young Bibi attended Harvard and earned degrees in economics, and then got a job with an American consulting company. In time, he would tell this writer that, in America, he learned the Triple-C: “Customers, Costs, Competitors.” He took upon himself to become the third “C.”

Since then, he has entered endless competitions: against his older brother, who was the successful one in the family and became the commander of the elite Sayeret Matkal; against his political and diplomatic rivals; against global public opinion, and now, against the media, the prosecution and the justice system. In short, he is a stubborn competitor who tries to compete against anything that moves, on the path to his truth.

It is a battle that he has waged without letup. While serving as the Israeli attaché to Washington, he competed with Israel’s ambassador there. As the Israeli ambassador to the U.N., he competed with anyone who tried to speak on Israel’s behalf without him. Until he realized that if he wanted to have influence, he could not sit in distant America; rather he had to roll up his sleeves and dive into the swamp of Israeli politics.

And he did. He came to Israel and became embroiled in a tumultuous political system. He began to compete with all the veterans and “princes” in the Likud party at the time. It wasn’t an easy path; he had to fight for his image, but he overcame all obstacles and left the stardust for his opponents. And then came the moment when he faced off against the veteran statesman, Shimon Peres, and trounced him with tens of thousands of votes to become prime minister. He had competed proudly and won.

Those were the days after the assassination of Prime Minister Yitzchak Rabin, and the left was sure that they would be in power for years to come. But Bibi, with hard work and a tactical plan, headed by the Jewish-American strategist Arthur Finkelstein, prevailed over the experienced politician. In America, he had learned primarily how to market himself, and he has been exceedingly successful at doing that for over two decades.

The media did not like the victory. Neither did the Israeli left. He had, in essence, taken over the state from them. Since then, from the beginning of his first term, he has been under attack day and night. There are constant efforts to dog his steps; his every move is examined under a magnifying glass. Is he giving something to the Palestinians? That’s no good; he’s abandoning the state. He’s not giving to them? He’s destroying the state. Speaking about Iran? He’s scaring the world. Not talking about it? He’s irresponsible. In short, whatever he does or doesn’t do, he’s no good and needs to be replaced immediately.

The problem is that the Israeli public votes for him over and over again. In the last elections he saw a significant increase in his power, winning 30 mandates, and that’s when they realized that he is here to stay, and despite all the efforts to sully his name, he just garners more and more mandates. They realized that they had to try another tool: the prosecution and the police. No one emerges unscathed from there.

The leaders of the recent demonstrations against the prime minister have come up with a slogan that has accompanied and continues to accompany the mass demonstrations: “Bibi is guilty until proven innocent.” That is apparently the goalpost of the well-oiled system that is trying to put an end to the rule of a sitting prime minister.

The ridiculous part is the lack of shame. Once upon a time, people were still embarrassed to behave in Israel the way people behaved in dark regimes in distant locales. Today, this is the slogan and the signs at the demonstrations: Bibi is guilty. Period.

And thus, after a complex battle, the Israel Police finally recommended last week that an indictment be filed against PM Netanyahu in the various scandals that he has been associated with. This story is still far from over, but according to Bibi’s adversaries, the beginning of the end is already in sight.

And the Triple-C is still in effect: He has the customers, he’s paying the cost, and he isn’t ready to give up on the competitors and the competition.