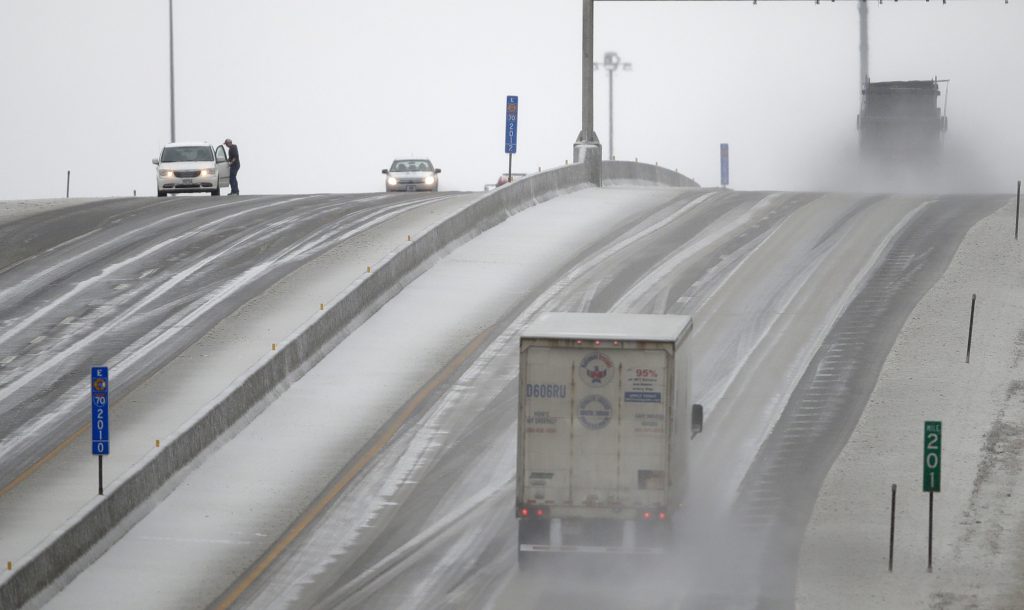 A storm system stretching from Texas to the Great Lakes states with risks of flooding, freezing rain and snow was causing fatal accidents Tuesday and forcing schools to close.

The National Weather Service issued winter weather advisories for parts of Oklahoma, Kansas, Missouri, Iowa, Minnesota and Wisconsin. Flood warnings were in effect in Illinois, Indiana and Michigan with flood watches in Texas and Arkansas.

In Minnesota, state police say winter weather has contributed to 400 crashes and 250 spinouts, including two fatal accidents. As much as a half-foot of snow is expected in some areas. Arkansas weather service forecasters say some areas could see 8 inches or more of rain this week.

In Kansas, freezing rain and ice forced Kansas Gov. Jeff Colyer to cancel his plans to sign a proclamation about the importance of being prepared for severe weather. The weather caused several accidents, minor power disruptions, business closings and the cancellation of school and other events.

As much as four inches of rain fell overnight Monday into Tuesday in the Chicago area, with forecasters expecting another 1 to 3 inches by Tuesday evening. The heavy rain combined with melting snow and frozen ground will lead to rising waters on area streams and rivers, forecasters said, creating the potential for flash flooding.