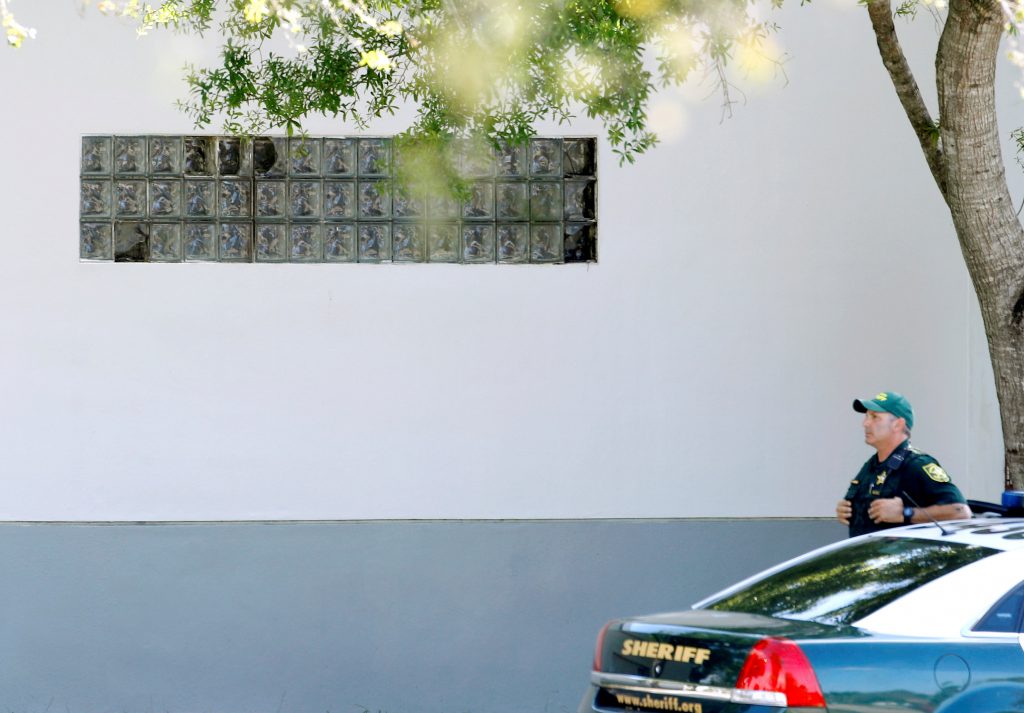 A fundraising site said that Anthony Borges was shot in both legs and his back while attempting to close and lock a classroom door last Wednesday.

Borges’s friend Carlos Rodriguez told the ABC that the two rushed to hide in a nearby classroom when they first heard gunshots. He says no one knew what to do, but that Borges “took the initiative to just save his other classmates.”

Meanwhile, Nikolas Cruz, the former student accused of last week’s deadly shooting returned to court for a hearing on Monday in a case that has galvanized advocates of stricter gun control, including many of the rampage survivors.

Cruz, his head bowed, hands shackled at his waist and wearing a red, jail-issued jumpsuit, showed no emotion during the procedural session in Fort Lauderdale.

The hearing ended with Broward Circuit Court Judge Elizabeth Scherer ruling that a defense motion filed last week remain sealed from public view. The content of the motion, sealed by another judge, was not described in the hearing.

In a second hearing, Broward Circuit Court Judge Charles Greene ordered the release of parts of a mental health assessment of Cruz by the Florida Department of Children and Families in November 2016. The report has already been leaked to South Florida’s Sun Sentinel newspaper.

Cruz, who did not attend the second hearing, is facing 17 counts of premeditated murder after the attack last Wednesday.

The suspect, whose mother died in November, was investigated by authorities after videos surfaced on a social media platform showing him cutting himself, the assessment by the Department of Children and Families said.

“Mr. Cruz has fresh cuts on both his arms. Mr. Cruz stated he plans to go out and buy a gun. It is unknown what he is buying the gun for,” the released report said.

In a statement, department secretary Mike Carroll said the records showed Cruz was getting mental health services before, during and after the assessment. Cruz was living with his mother and attending school when it concluded, he said.

The FBI has acknowledged it failed to act on a tip called in last month warning that Cruz possessed a gun and the desire to kill.

Greene agreed to the request by Cruz’s team of public defenders to release the assessment. But he stopped short of allowing the release of details of Cruz’s mental health history and child abuse records.

Student survivors gathered with teachers and gun safety advocates to plan a visit to the state capital of Tallahassee on Wednesday. They will demand state lawmakers enact a ban on the sale of assault weapons in Florida.