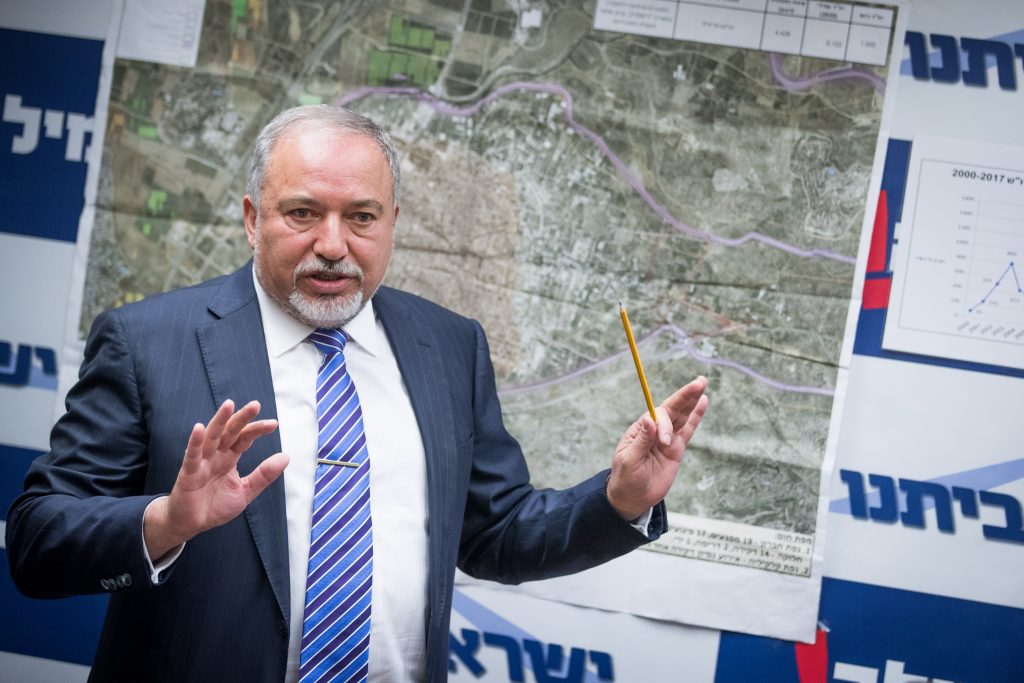 On a visit to the Gaza border area, Defense Minister Avigdor Liberman said that Hamas would “pay” for its recent attacks against Israel. “Hamas is using Gaza residents as ammunition,” Liberman said. “Hamas knows the price these civilians must pay when the terror group uses them to carry out terror attacks, as they participate in the riots Hamas is organizing on the border. There are implications to the attacks Hamas carries out.”

Liberman visited the border area in the wake of the recent uptick in terror activity and rocket attacks on Israeli civilians emanating from Gaza. Israel has been striking targets in Gaza in response to an incident involving a bomb that went off when IDF soldiers approached the border fence on Shabbos to pull down a Palestinian flag that had been planted on the fence. When they got near the fence, the bomb went off. The injured were taken by helicopter to Soroka Hospital in Beer Sheva. On Tuesday, two of the soldiers remained in serious condition, and two were in moderate condition. The incident was the most serious incident in terms of injuries since the end of Operation Protective Edge in 2014.

The flag was apparently planted on the fence by rioters on the Gaza side of the fence, who in recent weeks have moved closer and closer to the border fence, throwing rocks and other items at IDF soldiers on patrol on the border. “We consider this situation intolerable,” Liberman said. “We will not continue with this game, and we will draw the appropriate conclusions on what must be done. It must be clear to Hamas leaders – who have plenty of electricity and water, unlike what the media reports – that when they send their relatives to riot on the border, they are endangering them, and sending them into the worst possible situation. This tells us everything we need to know about Hamas.

“Hamas collects taxes from Gazans, and invests all the money in rockets and terror,” Liberman said. “It does not leave a cent over for improving health or the water or electricity systems in Gaza. We do not intend to take these jobs over,” he added.