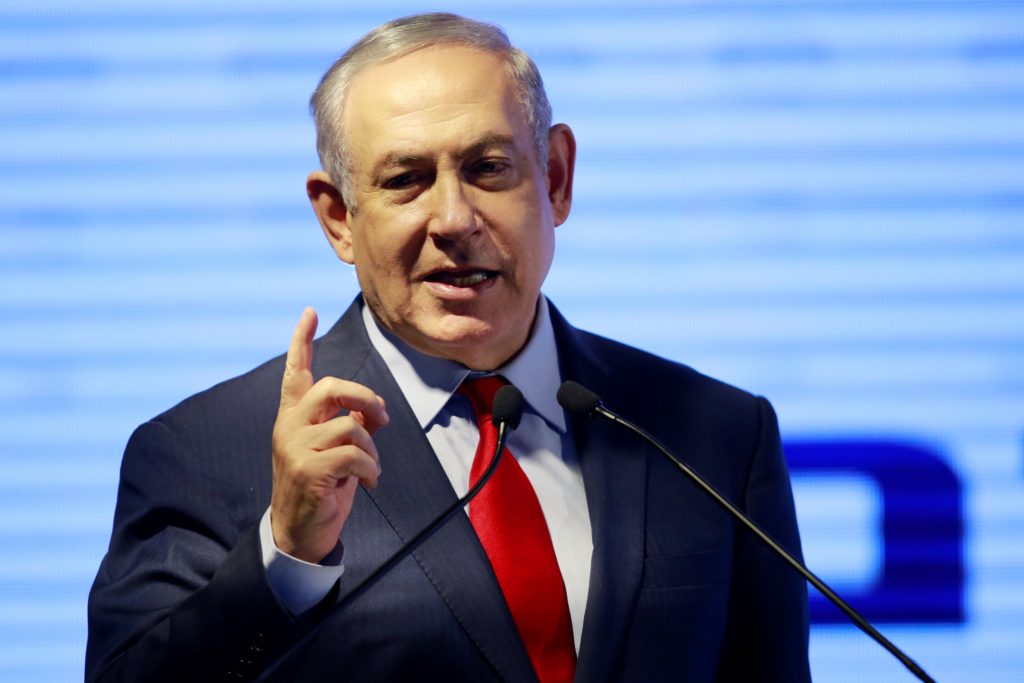 Prime Minister Binyamin Netanyahu’s legal troubles took a spectacular turn on Tuesday, as Supreme Court President Esther Hayut was reportedly expected to undergo police questioning about allegations that a former Netanyahu spokesman tried to bribe a judge in order to quash an investigation of the prime minister’s wife Sara for misuse of public funds, and former Communications Ministry director Shlomo Filber was reportedly set to turn state’s evidence in another case possibly involving the prime minister.

Hayut was said to have been informed at the time the bribery supposedly occurred in 2015, when Nir Hefetz offered to appoint now-retired Judge Hila Gerstel as attorney general in return for closing the case on Mrs. Netanyahu, according to Israeli media reports.

“Nir Hefetz never made this absurd offer in front of the prime minister and his wife,” said Netanyahu’s office. “He was never asked to make such an offer, and we cannot believe Hefetz even considered such a thing. Soon the Netanyahu couple will be also blamed for the [1933] assassination of [Zionist leader Haim] Arlosoroff.”

Later Tuesday, Netanyahu himself issued a video statement with further denials: “The claim of bribery is bizarre and evil,” said the prime minister. “I never spoke to Nir Hefetz about this nor do I believe that he brought it up with anyone. The aim is to create a dark cloud above my head.

“What has been happening in the last two days is simply complete chaos. A scandal. [They] are bringing two imaginary and false claims as part of the campaign of persecution against me and my family that has been going on for years. There is a new case every two hours.”

If Hayut does give such testimony, it will be an unprecedented situation, in which the highest officer of the Israeli judiciary acts as a witness against an incumbent prime minister.

Gerstel was questioned by investigators on Monday, Hadashot news reported.

The developments raise the question as to why neither Gerstel nor Hayut reported the incident, an attempted serious crime, to police in 2015.

Meretz chairwoman Zehava Galon pointed the finger: “Now we only need to ask what was promised to Mandelblit before he was appointed attorney general by Netanyahu and if it is connected to the slow pace of the investigations [against the prime minister],” Galon wrote on Twitter.

Mandelblit denounced Galon’s aspersion, calling it a “disgraceful suggestion,” not even worthy of a response.

“The attorney general has never been and is not today the address for bribery proposals,” his office responded to a query from The Times of Israel.

“Beyond that obvious statement, the question, and the disgraceful suggestion included within it, does not even deserve a response on our behalf,” the brief statement added.

Mandelblit served as Netanyahu’s cabinet secretary from 2013 to 2016, before the latter appointed him attorney general.

In September, Mandelblit formally notified Mrs. Netanyahu that he intended to indict her for fraud for allegedly taking 360,000 shekels ($102,000) of public funds for personal use with the intention of avoiding payment of her own expenses.

Regarding Case 4000 – which involves allegations that Bezeq owner Shaul Elovitch gave the Netanyahus positive coverage at his Walla news site in exchange for the government benefits – the prime minister issued a blanket denial, saying that all dealings with Bezeq, Israel’s largest telecom company, were approved by professional committees and subject to judicial oversight. “There is no wild west here,” he said.

Hefetz and former Communications Ministry director Shlomo Filber have been in custody since Sunday in connection with Case 4000, involving suspicion of corrupt dealings between Bezeq and possibly Netanyahu himself. Filber was reported to be in “advanced talks” to turn state’s witness in Case 4000, Hadashot reports, adding that he will likely sign a deal later Tuesday night.

Hefetz, who served as the prime minister’s media adviser from 2014 to 2017, denied the allegations. “It never happened, I deny any attempted bribery involving Gerstel,” Hadashot news reported. He also denied any negotiations to turn state witness.