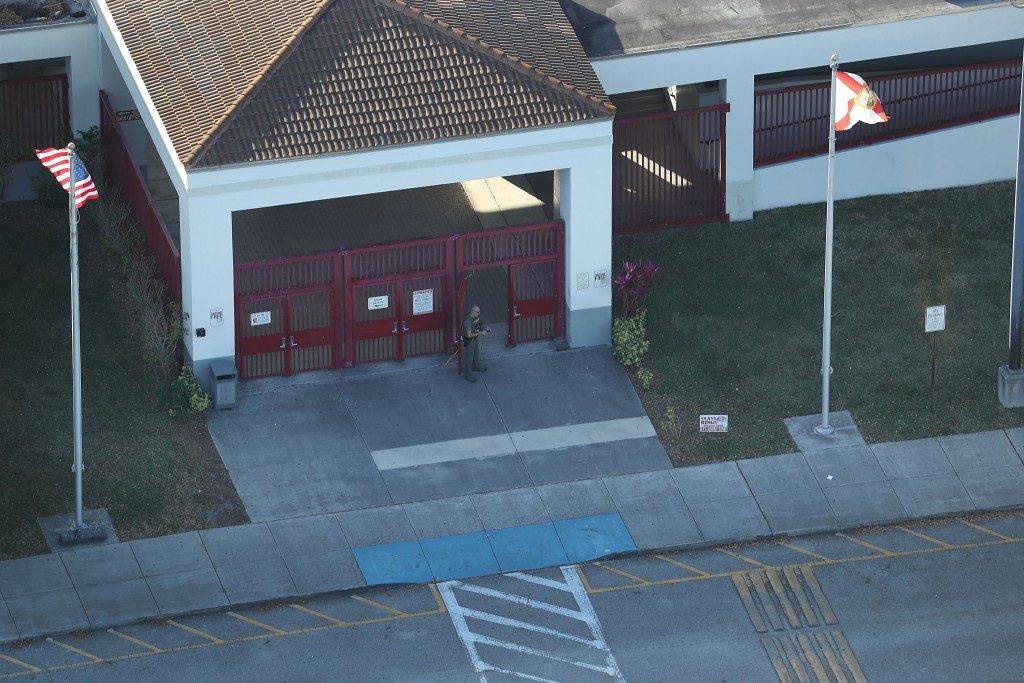 Here’s the facts. The U.S. is the only civilized country who allows everyone to own guns. The U.S. is also — by far — the country with the most mass shootings. One plus one equals two, right? We need to ban guns, right?

But what if the facts were made up? What if they were fake news, designed to get you to ban weapons?

A teenager takes a rifle and opens fire at his former school. Seventeen young lives snuffed out. The nation is mourning. Details dribble out that there were many, many warnings in advance of the gunman’s erratic behavior, radical views and fiendish pleasure in killing animals.

Wait! The FBI is speaking! Let’s take you live to Washington where the men in blue are announcing indictments!

Oh, sorry, it was about the “Russia probe.” Thirteen Russians were charged with interfering in the U.S. political system. They’re currently in Russia, but hey, maybe if we ask, Pres. Putin’ll give ’em up for extradition.

You see? When it comes to the FBI these days, the jokes write themselves.

After the tragic Florida massacre by Nikolas Cruz, the FBI admitted that the hadn’t looked him up or tracked him down. People saw something and said something while the FBI sat on the something. They knew Cruz was an evil racist with a fascination for guns. None of his acquaintances were surprised that he was the vicious killer. How could they have so callously turned away?

The FBI, established to serve as the nation’s top law enforcement agency, was busy. Democrats, you see, paid an investigator to vacuum all rumors about Pres. Trump into one dossier, then used the fairy tales to gin up a claim that the president “colluded” with Russia. Nobody knows what exactly Russia did or if they did anything, so an “investigation” was launched.

Then there is the latest flare-up of the gun control lobby. (If guns kill, why not just disarm Cruz and ban him for life from owning a gun? Why arrest him?) All liberal issues should be taken with a grain of salt, but gun control is the granddaddy of having the wool pulled over our eyes.

For one, the gun control crowd lies about statistics to make their case. You probably heard the number “18 school shootings in 2018” thrown around. Don’t believe it. That refers to any shooting that happens within blocks of a school, even during non-school hours by gang warfare.

While any shooting in a building geared for our youngest is one too many, there have been two school shootings this year that resulted in a death. This is slightly above average in the West but not among the top three (Norway, Finland and Switzerland).

The number “18” thrown around? Made up by the do-gooders over at the Mike Bloomberg “Everytown for Gun Safety” group.

The man who started me off in politics, who gave me my first partisan opinion, is an uncle of mine. “Jews are Democrats,” he paraphrased for me one night many moons ago what he told a pollster. “But not these Jews,” he said, referring to the Orthodox community.

It was the beginning of a long trek for me, who as a child was aghast to hear that someone I knew had voted for George H.W. Bush, a crazy-gravy Republican best known for “read my lips,” fighting with Israel over housing money just as the Soviet Union collapsed and how he couldn’t hold down his food while seated next to the Japanese prime minister.

Several years ago I had the chance to travel with him long distance. I used the occasion to pick his brain on the great pre-Trump issues of the day. (How quaint.)

But all he wanted to talk about was the weather. “Politics just makes me angry,” he said. I learned a lot that evening about how cold fronts form, why lake effects dump so much snow, and how to tell the difference between weather patterns that I no longer recall. I don’t think that bombogenesis entered the conversation.

This past Motzoei Shabbos we once again met. Would it be politics? Weather?

It was neither. “I want you to know that the gun control people just want to take over the country,” he said, leaning in for emphasis (yes, you were). “Whatever liberals can’t control they don’t have any power over. They want to make you rely on them for everything, so that they can control you.”

As my political mentor and guru, his words hold sacred meaning for me. But as it happens, I’ve written several pieces before on how I view gun control.

“Gun rights is a boring topic in the Orthodox community, I grant you that,” I wrote after the Sandy Hook massacre in 2012. “Very few of us own guns. The only time we hear of guns are when we read about Chicago or the Bronx, or the kids schmoozing with the policeman during the break in Yom Tov davening.”

But as we cling to G-d, a majority of Americans cling fiercely to guns, millions of guns, hundreds of millions of them. We can’t even round up 13 million illegals, forget about the rifles, muskets, shotguns and pistols that are spread ’round the country, dozens per household.

Here’s the short of it: Guns are not the evil that plague America. While as a Torah Jew I cringe at someone wanting to own a gun, the vast majority of gun owners are peaceful people who reside in a gun culture.

The FBI has to be taken by the hand, told to “make bye-bye” to their Russia probe, and led nicely but firmly back to the place where they were created for — protecting us. Investigating Russia, Trump and “special counsel” sounds zesty, but not if you can’t do your day job.