Israel Bennett: Next War Could Be Far More Destructive
Israel 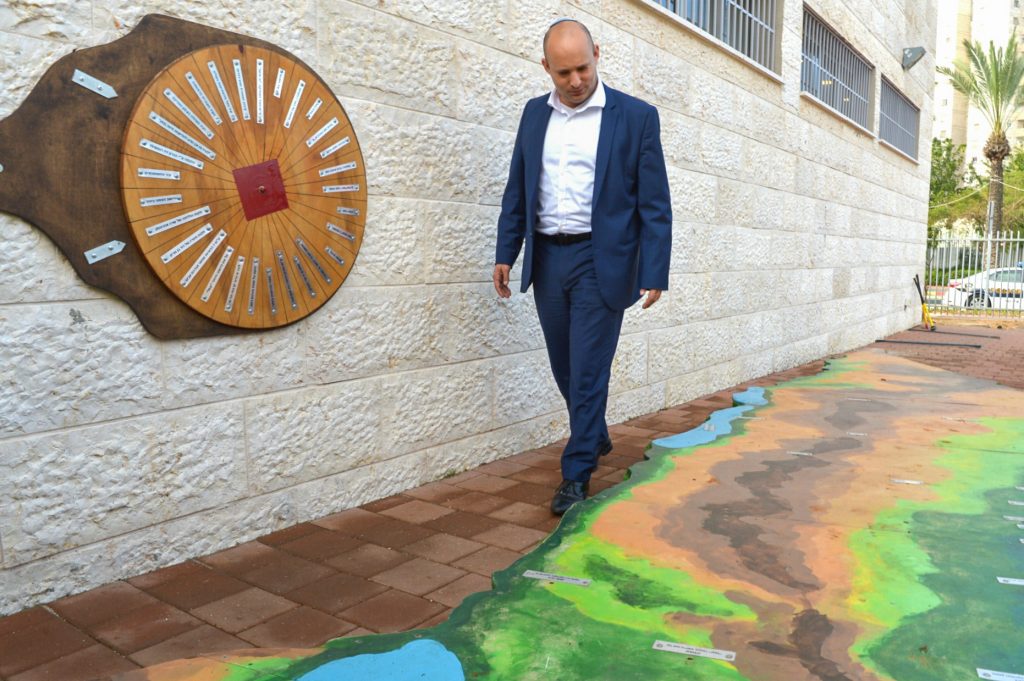 If war breaks out, Israeli civilians “will be harmed at levels we have never seen in the past,” Education Minister Naftali Bennett said at a security drill that took place Tuesday at a high school in Or Yehudah. The drill was one of many that are taking place this week at Israeli schools. In addition, Bennett said, Israelis needed to prepare for the possibility of a war themselves – and not just rely on the government to assist them.

The drill simulated mass missile attacks that could generate many injuries. Sirens were sounded and students were marched out of classrooms and into bomb shelters. Rescue services were deployed and “injured” students were evacuated and “treated,” as the drill sought to replicate real-life scenarios to as great a degree as possible. Included in the drill was a controlled fire, and a “no-go” zone, where students would not be allowed to go due to structural damage.

Joining Bennett at the drill were top Homefront Security Agency officials, including Tamir Yad’i, director of the Agency, and Or Yehudah Mayot Liat Shochet, both of whom participated in the drill. The officials discussed with Bennett preparations that the Agency and other government organizations were conducting to deal with the eventuality of such a major attack.

“Israel is the strongest country in the Middle East, and we are prepared for all scenarios,” Bennett said. “We will do everything possible to prevent war, but it is not up to us. If, challilah, there is a war, homes, and the entire country, could be damaged to a much greater extent than in the past.” In the event that that happens, “we will do everything possible to help civilians, but there is no substitute for a population that can help itself. Everyone needs to take their own basic precautions.”