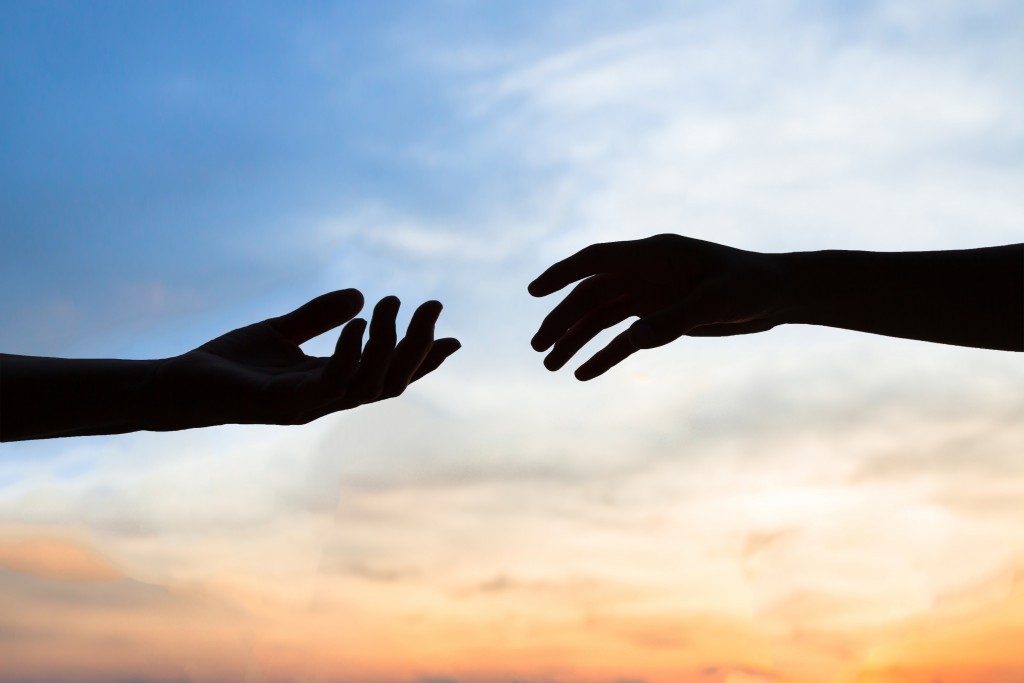 The chart was impressive. More than 250,000 food baskets. Hundreds of widows. Thousands of orphans. Even more thousands of families. The amount of help this tzedakah organization manages to distribute is really something. Whether you give $18 or $180,000, it’s encouraging to see, in concrete numbers, what you’re supporting.

With that, my work in abuse prevention has sensitized me to the value of prevention in general. So, even though I am closer to the $18 donor level, I wrote them back: “This is truly amazing. It really is. And I would be impressed even further if you could show significant numbers of families and individuals that you helped to exit the cycle of poverty and become self-sufficient (as the Rambam says, that is the biggest form of tzedakah!).”

I know, I know. “How presumptuous! Who are you to speak?! Especially seeing that you don’t give them much to begin with!” It’s a good point, and I plead guilty as charged to being the town nudnik. But the fact remains that an ounce of prevention really is worth a pound of cure. Actually, a thousand tons, methinks. And if everyone who had a valuable thought would stick with the “Well, who am I?” attitude, a whole lot of these major tzedakah organizations — as well as a host of other incredible institutions — would have never gotten off the ground.

Now, to be fair, I’ll disclose a different perspective that a close friend of mine — one who, incidentally, has a few zeros following his $18 tzedakah checks — expressed: “I hear you,” he wrote to me, “and it would be nice, but not everyone is a great Rav or a genius like your friend.” I had mentioned to him two anecdotes. One I heard around 14 years ago and the other just a few years ago. The former was about a man making his collecting rounds in a shul, when the Rav — noticing this man seemed able-bodied — beckoned him into his study and asked him why he was begging and not working. “Well, Rabbi, my son became ill and the medical bills were astronomical. I had no choice but to quit my job and start begging. Since then, my son has gotten better, but I got so used to begging that I just continued as a matter of course.” At the Rav’s urging, though, the man once again found gainful employment and quit begging.

The other story was of a man who knocked on my friend’s door while making his evening rounds to collect handouts. He bitterly related how he hates begging but has no choice. “My job just doesn’t pay enough to cover all my expenses!” After hearing out the man’s situation in detail, my friend — who is a numbers genius — pointed out to him that with a bit of budget-tightening and mortgage restructuring —something definitely manageable — he’d be able to make ends meet without begging. Stunned, the man suddenly erupted into raucous laughter, overjoyed at the realization he could stop begging.

In many cases — like severe chronic illness and other persistent problems — it’s impossible to break the cycle of poverty. But in many cases, it is possible.

In any event, it was in reference to those stories that my friend made his comment. “Most people,” he continued, “need to focus on their core competency. If their core competency is giving out food, then they should not necessarily dilute that by trying to give out advice on how to get back on your feet or by trying to manage people who do that. Perhaps they should team up with people who can do that but they themselves may not be suited for it.” It’s certainly a valid point, but I think the fact that the Rambam (Hilchos Matnos Aniyim 10:7) includes helping people to become self-sufficient in the eight levels of tzedakah — and pins it as the number-one highest form of tzedakah at that! — means that tzedakah organizations really should view that goal as being within their purview.

I also find it hard to believe that the people running tzedakah organizations do not have the competency to broaden their focus to include prevention. My impression is that the people running Klal Yisrael’s tzedakah organizations are as creative, intelligent, and resourceful as they are kind, caring and devoted. The sheer amount of ingenuity that goes into the manifold, myriad tzedakah projects and programs that these truly special people innovate and execute is simply mind-boggling. And, it seems to me, with but a bit of shift in focus and recognizing how crucial prevention is, they could easily apply that prodigious ingenuity to help many people at the highest level — to break out of the cycle of poverty and become self-sufficient.